The arrival of a new year is often marked by resolutions, but for Amy, Jodie, and Sarah, the three main characters in Pivoting, their newfound goals come through a different circumstance – the death of a close friend. In FOX’s new hour-long comedy, a quartet becomes a trio, forcing them to face the finality of life and ask themselves if they’re truly happy. During a recent press junket, the three stars – Ginnifer Goodwin, Eliza Coupe, and Maggie Q – were joined by showrunner and executive producer Liz Astrof to talk about the new series, which premieres Sunday, January 9th. 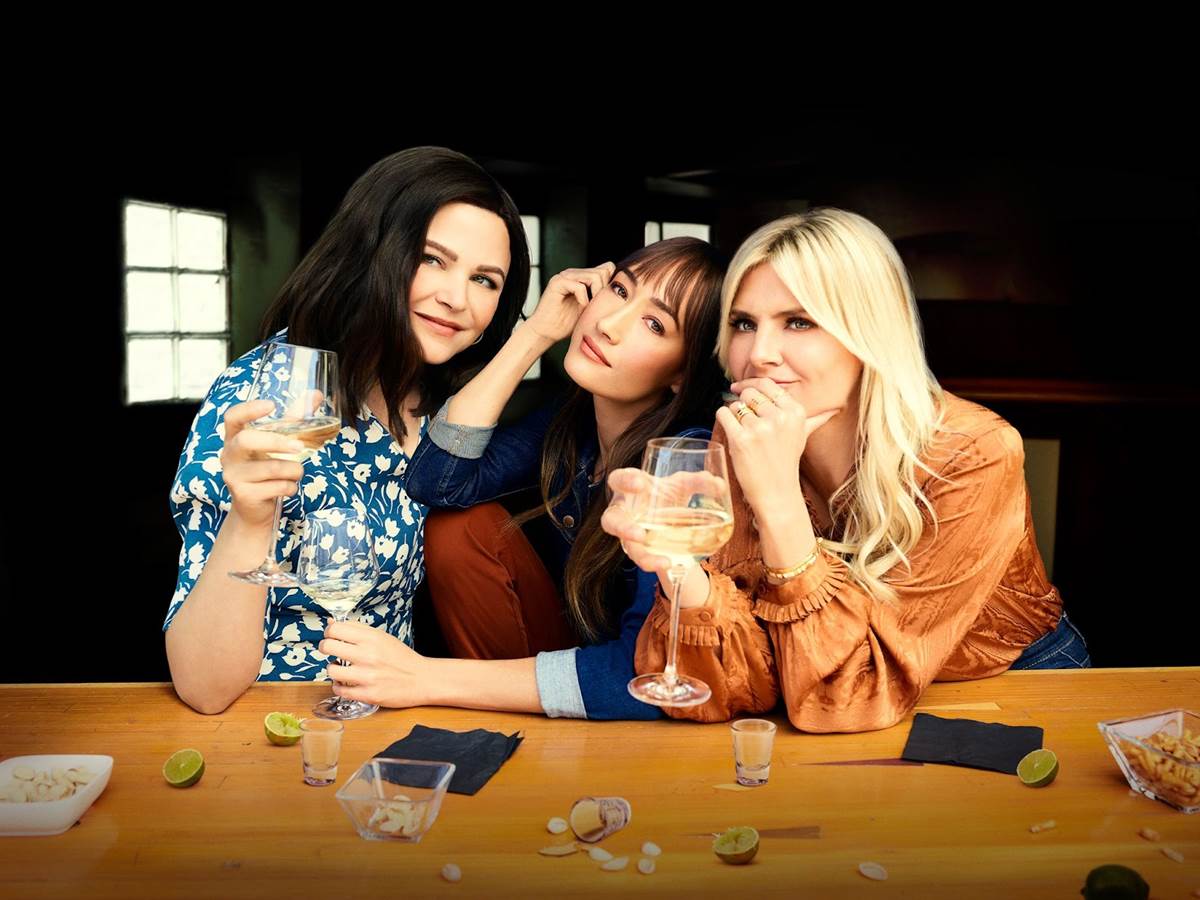 “She was the best person, it did not make any sense,” Liz Astrof explained about the real-life event that inspired the series. Her friend Colleen passed away and she saw how it affected all of her friends. “I ripped a lot off from my friends, so it's all stuff that's happened. It's all stuff that's happened in my life, and to my friends mostly… I just started to notice more that people were just burning things down because they realized that this is it. Either I might go soon or what if I live forever? What if I live another 30, 40 years like this? I don't want to do that either. So, it just put life into perspective for all of us.”

“I was chasing a comedy,” Ginnifer Goodwin shared, who played Snow White/Mary Margaret on ABC’s Once Upon a Time and voiced Judy Hopps in Zootopia. “I've been looking to, on a very surface level, cry to make people laugh instead of crying to make people cry… I had talked and talked about this with one of my best friends, Whitney Cummings, who created 2 Broke Girls… She said, ‘Have you read Pivoting by Liz Astrof, who's one of my favorite writers?’ And I called my reps and said, ‘Why didn't you send me Pivoting by Liz Astrof, who's one of Whitney Cummings' favorite writers?’ And, so, Whitney actually is the one who sent me this script, and then I went after this ferociously because I felt like it was exactly what I wanted and that it's completely relatable.”

“You've got to pivot after a divorce,” related Eliza Coupe, who was part of the ensemble on the fan-favorite sitcom Happy Endings. ”I'm grateful for it and so therefore I pivoted and now I'm in a place where I just feel so happy — in this room with these beautiful shades. This was a real upgrade.” For Maggie Q from Designated Survivor, the question about her own real-life pivot revealed her glober-trotting path to Hollywood. “I grew up on an island, I left the island once when I was growing up,” Maggie revealed. As a young adult, she moved to Asia followed by Europe. “I knew that there was more, and so I just took off. I didn't know what I was doing or where I was really going. And I went to places where I didn't speak the language. I didn't understand what the hell was happening around me. I had no money, which was even a bigger issue. So, I had to really work my way up and start in a place where nobody spoke English and I didn't know anyone and I had no friends, and I had no job. I was young, but the pivot was real because would I have either gotten out into the world like I did or I would have just stayed living on the island and my life would have been significantly different.” “The chemistry when they got together was so magical, it's unbelievable,” gushed Liz Astrof about the ensemble of Pivoting. “They didn't know each other before. No one knew each other, really.” The pilot was filmed under tight restrictions and with the principal cast essentially in their own story units, they didn’t get to mingle much until the series was picked up. “It's unusual to be on a set where the actors can't sit together and get to know each other in between shots,” Ginnifer Goodwin shared about the filming experience on the pilot episode.

Stories about safety protocols and procedural pivots are commonplace at press conferences these days, but one aspect of production that I hadn’t heard a group talk about before was the lunch break. “You wished that we could just stand at craft services, which is so shameful that you have to ask for things now,” joked Liz Astrof about the lack of ability to slyly sneak food. “You have to announce for the record what you're taking,” Maggie Q added. Tommy Dewey, who plays Amy’s husband Henry, confessed his love for the craft services beef stroganoff. Eliza Coupe, his on-screen wife, joked, “Put the beef stroganoff in your pocket, it's fine.” Tommy’s reply, “The last day, I made it home with a metric ton of beef stroganoff and I'm still working on it.”

Pivoting premieres Sunday, January 9th at 8:30 pm ET on FOX following the season 2 premiere of Call Me Kat. It moves to its regular night and time on Thursdays at 9:30 pm ET beginning January 13th.