“I'm in the lucky position that I get to do what interests me,” Emmy winner Ava DuVernay said at a TCA press conference for the new series Naomi, based on a DC comic and coming to The CW on January 11th. “A documentary on the prison industrial complex interests me and a DC comic about a Black girl who loves Superman and becomes like him interests me as well… I'm having a great time with it and I'm just following my heart's desire and enjoying myself.” 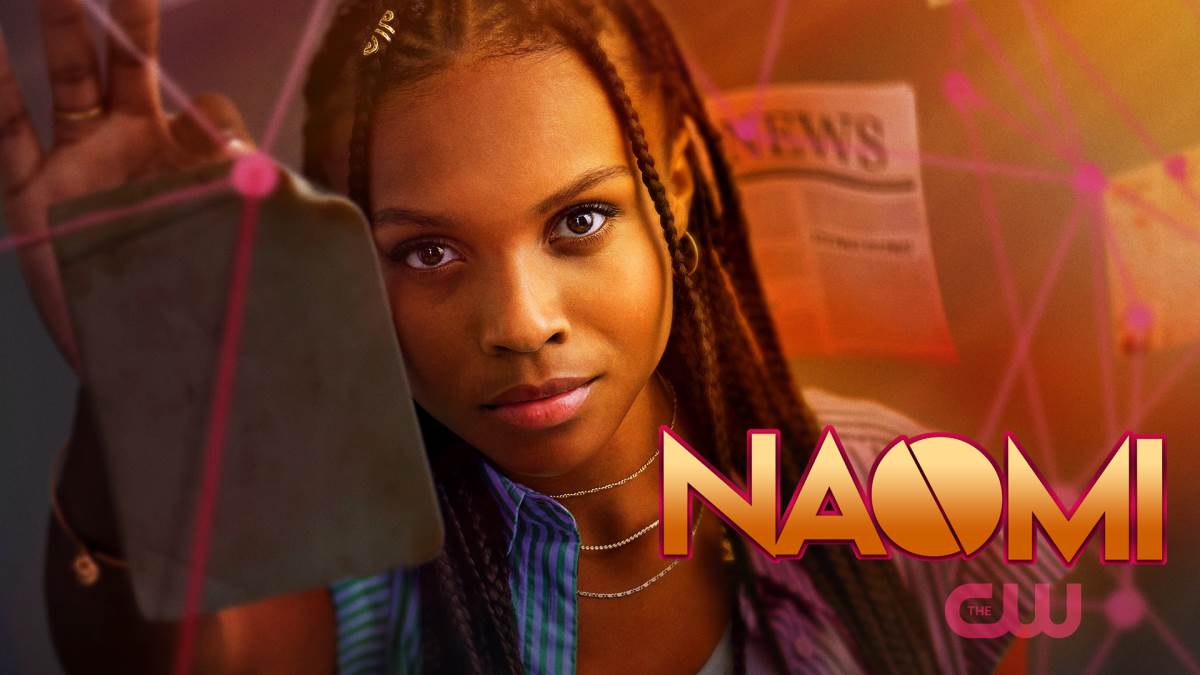 Ava DuVernay partnered with Arrow’s Jill Blankenship to write and executive produce the series, based on the comic created by Brian Michael Bendis, David F. Walker, and Jamal Campbell. “Throughout the writing process, I thought a lot about viewing it as a foundation in my mind,” Jill Blankenship explained. “We continued charting our own course, really keeping alive what I consider to be the spirit of the comics, which is this young Black teenage woman who was coming of age, who was discovering this power within herself, surrounded by her friends and her family and all these characters in her life. And to do it in a very joyful way. As a writer, as we've gone through this season, I've always kept in mind staying true to the spirit of what was created, but charting our own path.”

With a story they wanted to tell, the next challenge was finding Naomi and the cast of actors that populate her world. “When I'm casting, I'm really looking for the people outside of the talent,” Ava DuVernay shared, explaining that you have to like the people you work with. Auditions for the series started with tapes and Zoom calls and once Ava had seen an actress she really liked, she knew they had to meet face-to-face. “That was the incredible thing about Kaci. First of all, she was 16 at the time, has that theater experience, the work ethic, the professionalism, the talent, the vibrancy, the charisma, all of it. But then you sit down with her and you're like, oh, I really like you as a person, you're a great person. And you are gonna take the responsibility of having a television show where you are the title character, and you're gonna put that on your shoulders and you're gonna take it seriously and you're gonna care about it every single second. And so that is something that was apparent very early on in the process with her. And I felt lucky. You know, it's the way I felt when I found Storm Reed in Wrinkle in Time, the way I felt [with] Jaden Michael for Colin in Black & White, the way I felt about All the Boys and When They See Us. When it all comes together, the talent and the personhood – who they are, you get lucky and magic happens and she's our magic.”

A veteran of the New York theater scene, including playing Young Nala in The Lion King on Broadway, Kaci Walfall won the highly coveted part of Naomi. “I’m an avid reader, but I hadn't read a comicbook before the show,” she explained about her familiarity with the part before the audition. “I, however, was a big fan of the DC shows. I watched Supergirl religiously in middle school all the time and I've watched The Flash. So I was a fan of the film world a bit, but I hadn't read comics before.”

“I DM’d Kaci on Instagram cause I didn't have her number,” revealed Mary-Charles Jones, who plays Annabelle and invited Kaci to a Zoom hangout. “After that, we did a whole group Zoom with Daniel [Puig] and Camila [Moreno] and Will [Meyers] and Aidan [Gemme], and did very teenagery icebreakers. I think we asked what our star signs were and what your favorite ice cream flavor was, which is very much something that they would do in your English class on the first day of school.”

Nailing the relationship between Naomi and her friends was important, but the relationship she has with her parents became a highlight for Ava DuVernay. “There's an edge to them,” she shared. “There's a mystery to them and there's so much more to unfold with them.” One of the groundbreaking elements is the way the parents talk to Naomi about race and sexuality. “We've raised Naomi in the headspace, and with the knowledge that people are people, love is love,” revealed Mouzam Makkar, who plays Naomi’s mom, Jennifer. “Naomi isn't scared to say anything, we're not scared to tell her anything, there's that open freeness and that's what's so lovely about our little family.” Barry Watson plays Naomi’s father Greg. “We want Naomi desperately to always be happy. I think that's what Greg and Jen want the most is her happiness, however that comes.”

Naomi marks something new from DC on The CW. “I think what's so lovely about the world of comics and DC specifically is that there's really something for everyone,” Jill Blankenship shared. “And in it, you get to touch on all these different places and all these exciting characters. And I think when it comes to crossovers and that kind of thing, I think nothing is ever off the table.” However, fans will have to wait until after season one if there is to be a crossover event. Ava and Jill both confirmed that it won’t happen in this introductory story.

Naomi premieres Tuesday, January 11th at 9/8c on The CW.