Over the past few years, Elon Musk has become a household name. Although that name has not always been invoked in a positive way, he’s grown to prominence thanks to the success of two of his companies: Tesla and SpaceX. Yet, there’s another Musk-led venture that’s also making a splash: The Boring Company. Known for once selling a flamethrower for, uh, some reasons, the actual focus of the company has been on infrastructure and transportation. Specifically, they’ve looked at the potential of tunnels. And it’s not just a pipe dream — a Boring Company tunnel system is now in operation at the Las Vegas Convention Center, which also happens to house the annual CES convention. 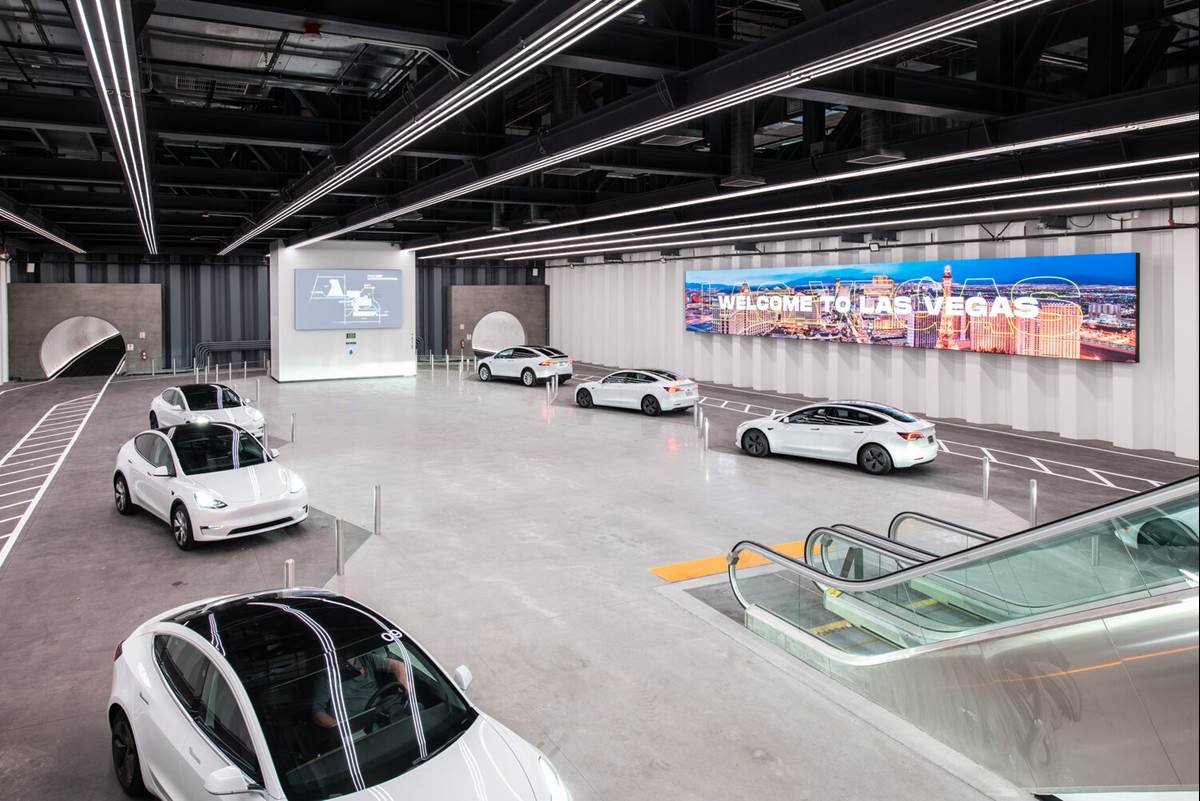 Depending on who you ask, this tunnel system is a revolutionary development… or just Teslas in a tube. Having had the chance to try the Las Vegas Convention Center Loop this past week, I’d say it’s a bit of both, while leaning to the latter — for now! Indeed, while the Convention Loop underwhelms, the proposed and approved plan to build tunnels under the famed Vegas Strip and connect visitors to the numerous resorts with ease is a big idea and one that could be a major value. In fact, it got me thinking about what would happen if a similar concept were to come to Walt Disney World.

Just like the Strip project, this one might sound farfetched, but hear me out. First, the most obvious connection here is that Walt Disney World already employs a different type of tunnel system commonly known as the Utilidors (or just “the tunnels” to Cast Members). For those who don’t know, tunnels underneath the Magic Kingdom allow Cast to travel from different areas to the park without disruption. That’s pretty much the idea of The Boring Company’s concepts as the underground nature of these tubes allows travelers to move at a steady pace and avoid the hassles such as traffic that they might encounter back up on the surface. 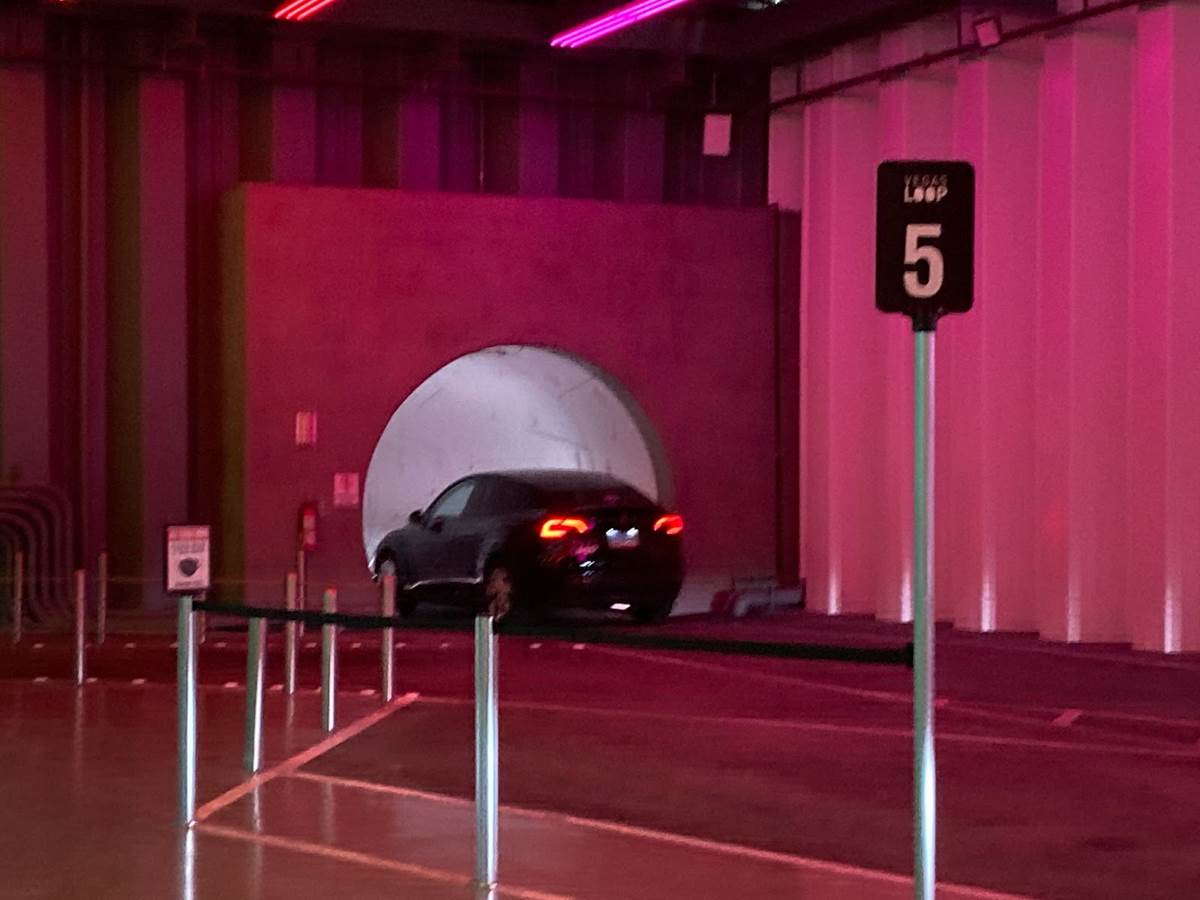 The other connection is that Walt Disney World already operates a fleet of four-wheeled vehicles. Beyond the ferry boats, water crafts, skyliners, motorcoaches, and monorails guests can utilize to transverse the World, Disney introduced their Minnie Van service in 2017 as a private twist on ride-sharing (the offering was launched in partnership with Lyft). While the program has been paused since the pandemic, the decorated vehicles can still be spotted on site. This isn’t to suggest that they should merely redeploy these vehicles for underground use — I’m just saying that there’s precedent.

While we’re talking Minnie Vans, the concept showed the need for point-to-point transport around Walt Disney World. Sure, you can hop onto a bus or several of the other aforementioned vehicles and travel to a pre-destined location, but there are some routes that are simply not available to guests. The Minnie Vans, on the other hand, mostly erased such limitations and a tunnel system could come very close to doing the same — but with lessened travel times and without impacting traffic.

One obvious challenge involves Walt Disney World’s terrain. While Las Vegas is a desert, Orlando is basically swamp land. This is even more true on property where several lakes and marshes are present. I have to imagine this would present a problem to any sort of major tunnel project — both for economical and ecological reasons. On that same note, building such infrastructure would be a major investment. Furthermore, while the system could be beneficial to guests and improve their overall experience, it might be hard to justify the cost. Even though Disney could (and all but assuredly would) charge a fare for the service just as they do for Minnie Vans, who’s to say how many guests they’d need to transport before it turned a profit. For reference, the Boring Company’s Las Vegas Convention Center Loop cost $47 million to build, which includes just 1.7 miles of tunnel and three stations. Meanwhile, the Vegas Loop on the Strip is proposed to be a 29-mile tunnel network with 51 stations. For what it’s worth, while The Boring Company is paying to build the tunnels themselves, it’ll be up to the hotels and casinos to pay for their respective stations. As for customer costs, example fares show prices between $5 and $10 per ride based on distance. For example, the 4.9 mile, 5-minute trip from Harry Reid International Airport to the Las Vegas Convention Center would be $10 per vehicle. In case you were wondering, a trip from Magic Kingdom to Disney’s Animal Kingdom would be a relatively similar distance… but I wouldn’t expect the fare to be the same if Disney actually did employ such a system. 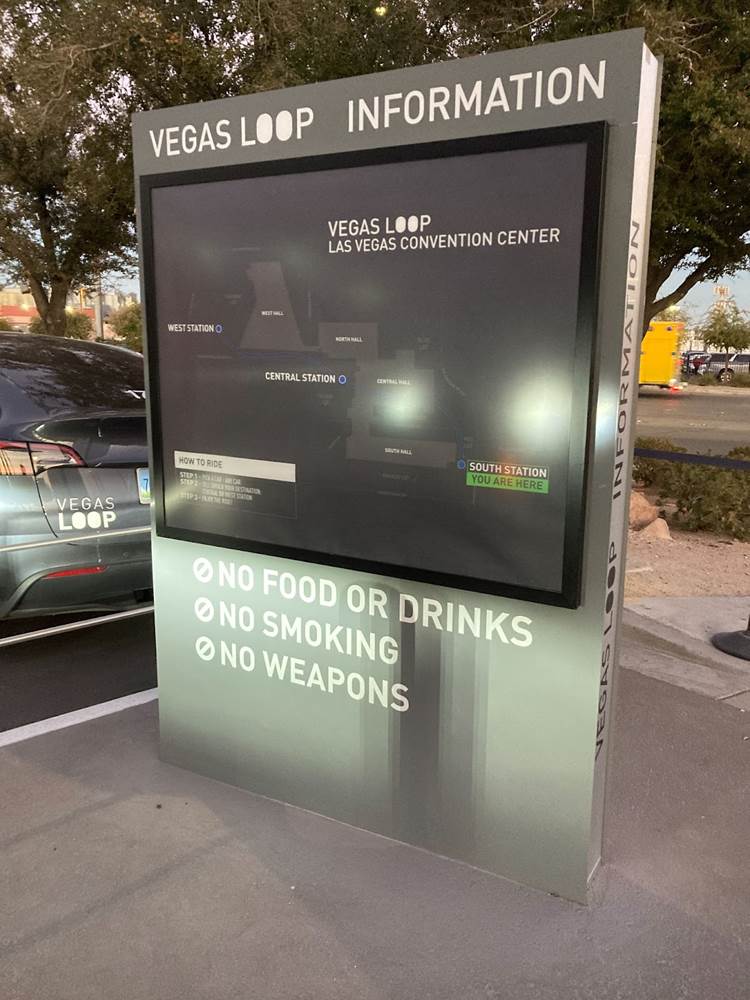 So do I really think that Walt Disney World could conceivably build such a system? Well, no — at least not on the scale that the Vegas Loop will hopefully have. The size of Walt Disney World, the number of destinations it has, and the bevy of ecological obstacles builders would encounter would certainly stand in the way of a large scale loop that allows for a truly on-demand point-to-point transportation system to take shape. That said, I could see a smaller scale version such as the already-opened Las Vegas Convention Center Loop perhaps becoming a reality as the resort looks to connect different points on its ever-growing property. Like we saw with the Skyliner, Disney is apparently willing to invest in some infrastructure projects of this type. Now that guests can take to the skies, why not take them underground next? Just a thought.