Jimmy Dolan (Kevin Bacon) is on a quest to find the next great basketball player for his college team. His journey takes him across the world to a small village in Africa. While the flight may have been long, Dolan’s experience in the village of Winabi will change his life forever. 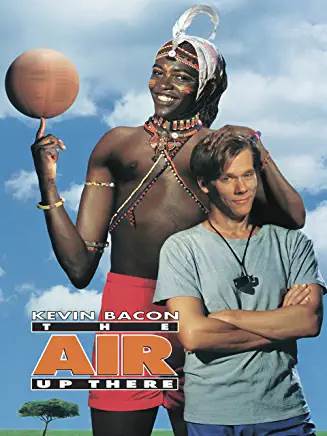 Jimmy Dolan is a former star basketball player who is assistant coach at his alma mater college, St. Joseph’s. After losing a top basketball recruit because Jimmy embarrassed him during a one-on-one game, the future looks grim for Jimmy. Ray, the head coach and Jimmy’s mentor, criticizes his actions, and downgrades his status within the team.

At a faculty dinner, while drinking his misery away, Jimmy notices in the background of a charity video from an African village, a future basketball star. Despite appealing to Ray for support, Jimmy is supposed to head to Boise to recruit another less important player. Defying Ray, Jimmy sets out for Africa, and hopefully redemption.

With some hiccups and problems, Jimmy makes it to the village of Winabi, where he meets Saleh, the boy he saw in the video. Slowly but surely, they bond. Despite Saleh’s father’s protest at the beginning, he warms to the idea of Saleh going to America to play basketball. While Jimmy spends his time cultivating Saleh and hopes the kid will become a St. Joe’s star which will save Jimmy’s career, local problems pose a threat.

Winabi is under threat from a local developer. To right the wrongs, and save the village, Jimmy, Saleh and other residents of Winabi compete in a winner-take-all basketball game on the village court.

The stakes are high, and with Ray joining him in the village, Jimmy proves that not only were his instincts about Saleh right, but that he’s ready to be the coach of St. Joe’s.

Kevin Bacon plays a likable character. Not only is he believable as the former basketball great, but he doesn’t come across as patronizing to the other villagers in Winabi. During his scenes with Charles Gitonga Maina, they play off each other well, and make for a likable team.

Beneath the cushy surface of the film, Bacon infuses these moments with the subtle desperation of a man who is taking a long shot to save his career. There is something reckless in his actions which makes a favorable outcome necessary for Jimmy.

It seemed like in the 1990’s there was always some fish out of water story that placed some character from North America in the remote jungles of the Amazon or Africa. In many instances the films would play up stereotypes for laughs, thus continuing to support long held believes that are not true.

While they are not rampant throughout the film, The Air Up There has these moments on film. Of course, the main conflict of the film is about some developers wanting to eradicate the traditional village of Winabi for mining rights. Every African story seems to always use this avenue of conflict.

The film plays up the idea of the white man's savior coming to bring the poor African villager to the wonders of America thus sparing him from the misery of being stuck in his poor African village. The fact that Saleh is supposed to assume his place as the eventual tribal leader, but gives up his destiny to play college basketball, is not a new storyline. What helps to ease these moments on screen is that Charles Gitonga Maina is given the strength to choose his own path. Saleh chooses to go, because he wants to, and not because he has too.

The Air Up There is a fun movie to watch, and that is about all I can say. I remember the commercials when it came out in 1994, but it never appealed to me then, and after watching it now, it’s a movie that has an audience, and I am not the audience.

It’s fun and has a great amount of basketball action. While Kevin Bacon puts his best foot forward, there is nothing from the film that makes me every want to think about The Air Up There again.

The Air Up There gets a ‘Level 1’ Streamy Award. If you are a commuter on public transit, then check this film out while you are waiting for your stop. It will provide the necessary joy needed to make your commute more enjoyable and that is about it.

In honor of Betty White’s passing, next week a look back at her hilarious supporting role in the Touchstone Pictures comedy The Proposal. What better way to close out January then laughing along with Ryan Reynolds, Sandra Bullock, and the legendary Betty White.