Disney+ is ready to take guests back to the prehistoric era with the latest entry in the Ice Age series, The Ice Age Adventures of Buck Wild.

Simon Pegg returns as the titular Buck Wild, in a role that he states he jokes that he has been hinting at since the debut of his character in Ice Age: Dawn of the Dinosaurs. “I've been dropping hints about this for 12 years,” Says Pegg, “Every time we do it, I'm like, ‘Probably this Buck should have his own thing. Maybe…’The great thing about this is that the Ice Age story has so many fabulous characters in it, this is the era of the cinematic universe. I don't think there is another animation, which is more suited to expansion like this. It's great.”

We first met Buck in Ice Age: Dawn of the Dinosaurs, where the herd of the film, Diego, Sid, Manny, Ellie, and possum brothers Crash and Eddie, fall into the The Lost World, an underground land  of the Dinosaurs where Pegg’s weasel Buckminster (Buck) lives. Though he also returned in Ice Age: Collision Course (and cameos in other Ice Age projects, The Ice Age Adventures of Buck Wild is the first film where Buck takes center stage.

“I think because Buck is such a lovable character,” Producer Lori Forte says, “We just adored him in the first movie and in Dawn of the Dinosaurs. And we always knew he wanted to do something more…it just felt like he deserves his own movie. He deserves his own spinoff because the character himself, he's just so iconic. He's clever, he's an adventurer, he's a swashbuckler, he's a protector and guardian of The Lost World. It's such a great, great character to have. We love to go on adventures with him because he's just not afraid of anything. But at the same time, he's a loner. He's solitary. He doesn't have people around him. And so it felt like the perfect time to show Buck in his world, protecting it, guarding it, but bringing new characters in with him that sort of shakes up his solitariness a little bit.”

The film continues his adventure in the massive underground cave that is The Lost World, when possum brothers Crash and Eddie are trying to get some distance from their older sister, Ellie. Out to find a place of their own, they quickly find themselves trapped in the Lost World when they are rescued by the adventure loving, dinosaur-hunting weasel, Buck. Together, the group must embark on a mission to save the Lost World from complete dinosaur domination. 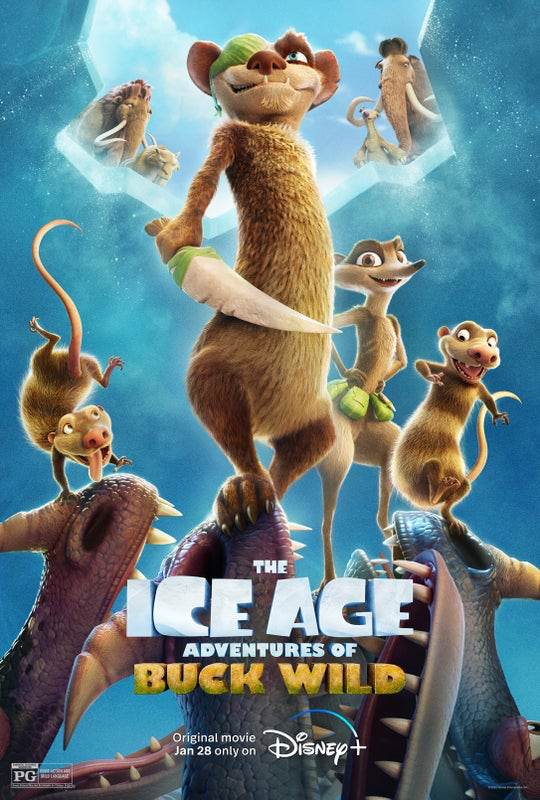 As Forte said, we get to meet new characters in Buck’s world, including the introduction of Zee, another Mammal in the Lost World voiced by Justina Machado (One Day at a Time, Elena of Avalor, Muppets Haunted Mansion).

“I was so excited to be a part of this franchise,” says Machado, “so they could have given me anything and I would've done it. My initial reaction was, ‘Yes. Yes. I'll do it.’ She's just a lot of fun and it was so much fun going into the studio and working on her. It was just pure fun and she's very funny and, as you can see, all the characters that she's surrounded by are so great.”

Director John C. Conklin added, “I think that this movie allows us to start to peel back the layers of all that is Buck and actually the introduction of the Zee character gives us a glimpse into some backstory in Buck. There's some history between the two of them and we start to reveal that through the course of the movie. It expands the universe in that way, too, in the sense that we get to dig a little deeper into these characters. They're not just wacky because they're wacky or whatever. They have some history and it brings them who they are today. I think Zee was a great addition to Buck in the way to see that there isn't this other faceted hint that we're starting to reveal.”

The Ice Age films do contain a central theme of family, and not just family but found family, or even chosen family. In the first Ice Age, we find a sloth banding together with a saber-tooth tiger and a mammoth. That group grew over the course of the subsequent films, all of which carried the family theme. The Ice Age Adventures of Buck Wild is no different. Conklin confirms the theory, saying “There's that great Sid line in the first one. It's like, I don't know, ‘We're the weirdest herd ever,’ because it's a saber-toothed tiger and a sloth and a mammoth and a human baby. So it is sort of in the DNA of the whole franchise to look at family as first of all, additive, it's constantly growing. And it's not necessarily bound by blood, but it's more a loyalty between people, or animals. And so that's just been thematic in all of the films. So it is really fun in this one to sort of explore the idea of, okay, so what happens if your family needs to grow and Crash and Eddie are yearning to be on their own and away from their adopted sister.”

Though the production of the film started well before a global pandemic began, the themes of the franchise tie-in with the world event. A coincidence in timing that even Forte noticed, saying “Because COVID happened, it seems strikingly apparent now, that the message about family and staying together, even if you're not together, and being together, whether you're not together. I think that all works, but I think it's a universal theme for any time.” 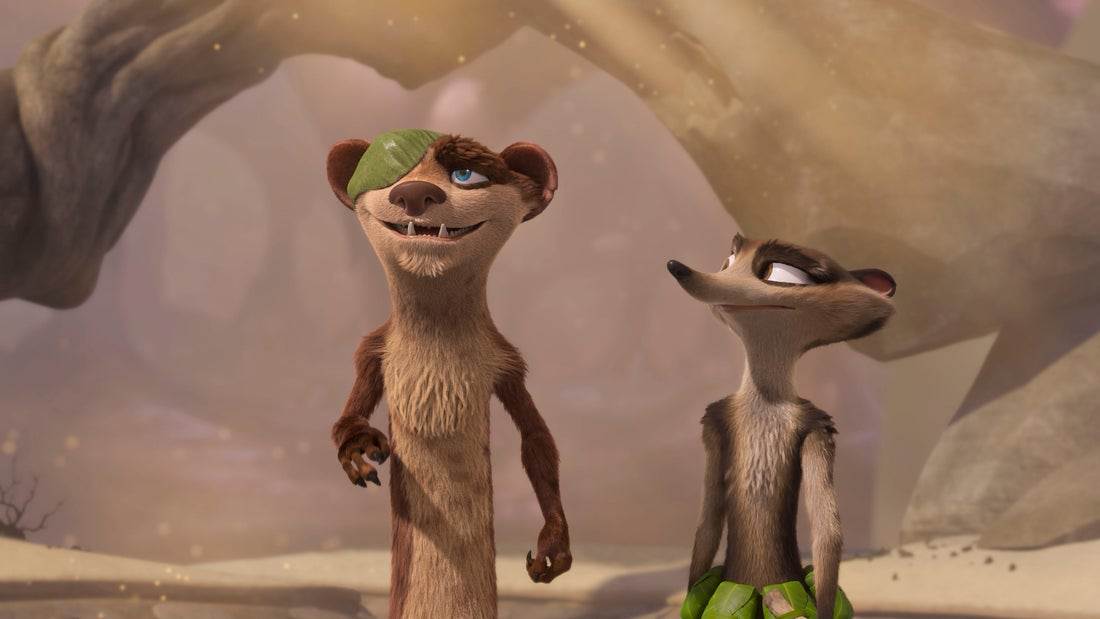 Pegg also pointed out that despite the family theme, he thinks that The Ice Age Adventures of Buck Wild has another strong message, pointing out that “In this movie, [Buck] learns that it's not only okay to ask for help, it's also okay to ask for help as a guy from your female friends, and to trust in them to take over. I think a lot of guys growing up are taught not to ask for help because it seems unmanly, which is terribly damaging. And I think for the film to address that is important. Buck understood that it's okay to lean on people, it's okay to ask for help. And you trust the people around you, your herd.” Laughingly, he adds, “That got serious, didn't it?”

Overall, Pegg adds more about the film and the Ice Age franchise as a whole, saying “What's beautiful about these films is that all that stuff is there, and it makes them feel very rich and very nuanced, but it is just enormous fun. It's ridiculously silly. It's relentlessly funny. It's beautiful to look at. But all of that doesn't mean anything unless it's founded in something meaningful and real. And these films always have been that.”