“As a novel, it had a great character-driven plot, it's got high stakes, it's got these surprising twists and turns, this incredible, hostile setting, and this great ticking clock with the girl in the van,” No Exit director Damien Power said during a press conference to promote the 20th Century Studios film, premiering on Hulu on February 25th. “All that was already in the script that I read. I can see why people read it and thought this would make a great movie. So did I.” 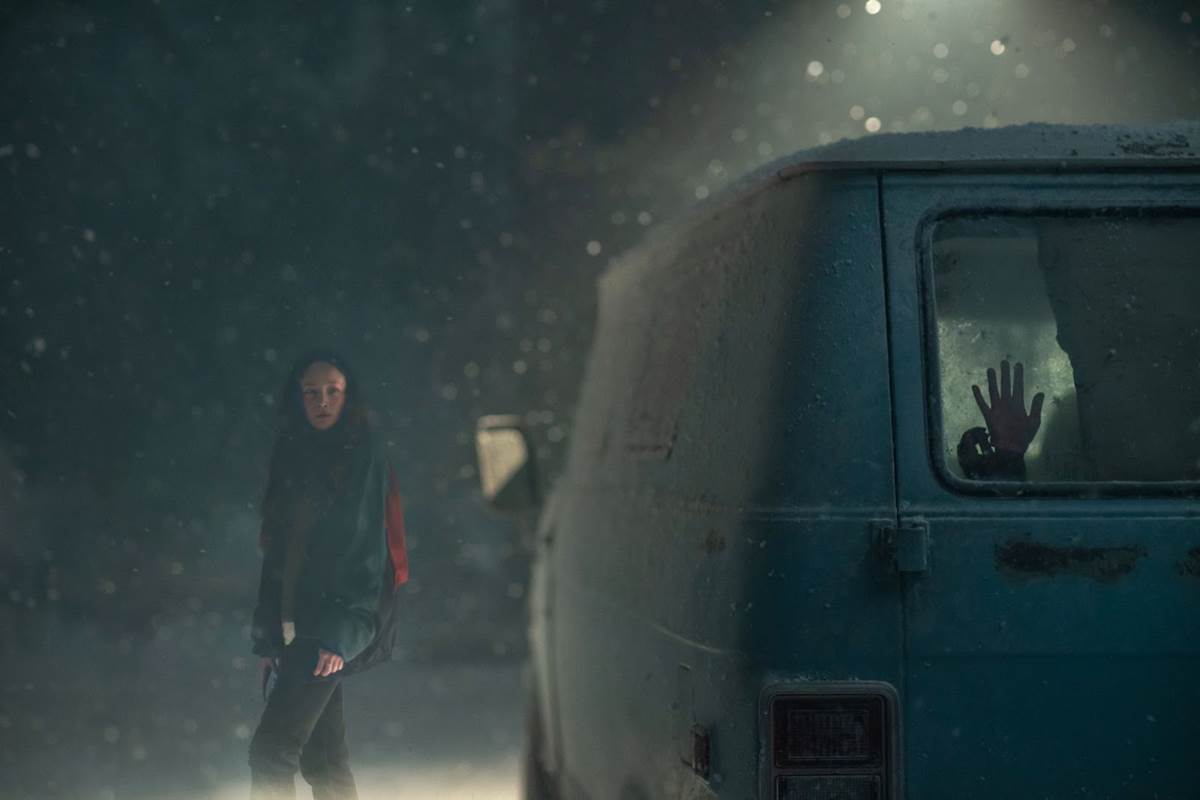 Based on a novel of the same name by Taylor Adams, No Exit follows Darby, a girl struggling with addiction on her way to visit her dying mother. When a snowstorm forces her to join a group of stranded travelers at a rest stop for the night, she discovers a bound young girl in a van and without cellular service, tries to figure out who abducted the girl and save her. “I like to make the joke that I felt like I was gonna die, and also felt very alive every single day,” actress Havana Rosa Lui shared on playing Darby. “I find her to be gritty, and bold, and charming, and also tortured, and also very vulnerable in a way that I don't think we always see heroic characters holding on to throughout the course of the film… For me, it was just the best, most complex, nuanced character I could have asked to play, given that so many of her faults really are her strengths, and vice versa. And I think playing around with that duality was something that made me feel so alive every day. And I thank Damien every night before bed for giving me the role.”

Darby may be the central character, but No Exit is very much an ensemble piece, which made casting very difficult. “There's always an alchemy that goes into casting, especially when you're trying to create this ensemble, this small group of characters who we're gonna spend all our time with,” Damien explained. “Havana might've been the first person that I saw and cast, and remember that audition really well because I just felt that she was that character. She brought such amazing Darby energy. Dale [Dickey] and Dennis [Haysbert] were actors that I thought of for these characters and just had so many fingers crossed that they would say yes. And then they did. And it was the same talking to Danny [Ramirez] and David [Rysdahl]… I felt really lucky and blessed to, um, be able to work with this wonderful bunch of people.”

Filming took place in the summer of 2021 in New Zealand, an interesting choice for a film set in a snowstorm. “There was no real snow,” Damien laughed. “We filmed the entire film in a studio in Auckland in New Zealand in summer. We had a lot of fake snow, which was not without its own hazards, as Havana can tell you. She got totally hosed by a snow tornado on day one, which was pretty painful. And we had to dial the snow back somewhat. So we had some fake snow on set, and then we added a lot of digital snow. I think every time you're looking at some snow, there's a digital element in there somewhere.”

Filming in another country during a global pandemic also created a unique bonding experience for the cast before cameras started rolling. “It was about four days into quarantine, and I was like, I should find these people's numbers,” David Rysdahl recalled, who plays Lars in the film. “We had a three-hour FaceTime and we got-we got really into it. We started talking about our own families. I have a large family. For these kind of characters to work, you have to bring yourself to it, and to find the personal in it. For me, it's really important in how Damien's approaching it, and how all the other actors approached it, was really not judging these characters. They're really trying to play them truthfully. And I think trusting the other actors are gonna be there for you and supporting. And I feel like every day, we'd go into that snow globe of hell, which I've used a couple times, and it was like going into battle every day.”

Director Damien Power made a decision to film mostly in story order, a rarity in film that also helped the cast buy into the believability of their roles, especially given how physical some of the scenes are. “We had an incredible stunt master, John Costello, who helped us ease our way through the choreography of a lot of the stunts,” Havana explained. “Each and every one of us had different time with John that was special for a number of ways. He's also just an incredible human being. So I think that the stunts and really the physicality of the movie is sort of at the heart of where a lot of the trust comes between all the characters. That we all know we're trust falling together in a safe environment, John's got our back, all the stunt doubles got our back. And I think that's part of what makes it so fun, too. And honestly, I found myself laughing between really difficult horrible takes, because you're in these ridiculous situations with people in very violent moments, and still having a great time. So I really applaud John for that, really.”

“We were all in it together,  watching the movie unfold in front of us,” David added about the progressive shoot. “We definitely created the groundwork in quarantine, but we all would go out and have dinners. I got very close to all these people. I love all these people. And you have to have that if you're gonna do something this dark. You want there to be a nuance to it. And I think, having people that you respect, and know have your back is really essential.”

When you watch No Exit on Hulu beginning February 25th, remember that behind the intensity of every scene, the cast actually had a really good time making it.