We have reached the Final 4 of our Mouse Madness tournament and it continues today. This year, in celebration of the 50th anniversary of Walt Disney World, we are attempting to determine the very best Walt Disney World Resort hotel. Through some careful planning and even our first ever play-in game, we have narrowed the field down to 16 hotels and two of them will square off each day until we have our champion. 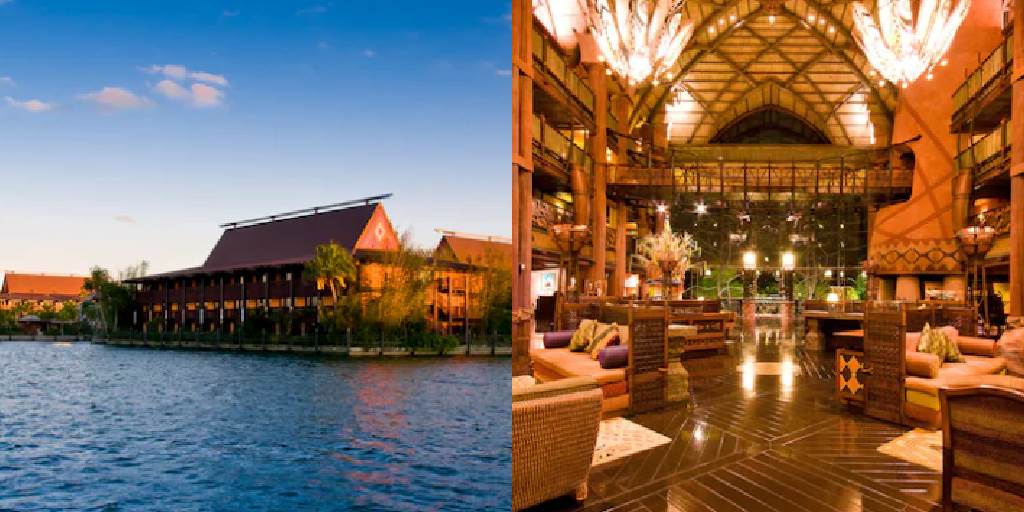 Before we move on to today’s matchup, let’s take a look at our last result. In the battle of the BoardWalk, the BoardWalk won. BoardWalk Inn and Villas defeated Yacht and Beach Club in a very close matchup, taking about 55% of the vote and taking the last spot in the Final 4.

Just four hotels remain. The region winners will now face off in three more matchups to crown the top Walt Disney World Resort hotel and we’ll start with the winners of the Magic Kingdom and Animal Kingdom regions. The Polynesian is a classic and has proved very popular throughout this tournament. A relatively new addition to the resort, Animal Kingdom Lodge has also won over a whole lot of fans, as evidenced by its blowout win over Coronado Springs to get to this point. Only one of these two amazing hotels can move on to the finals though. Which one will it be?

We're on to the Final 4! In our first matchup, the Polynesian is going up against Animal Kingdom Lodge. Which #WaltDisneyWorld Resort hotel do you think should move on to the final?https://t.co/5q2CEYkWKV 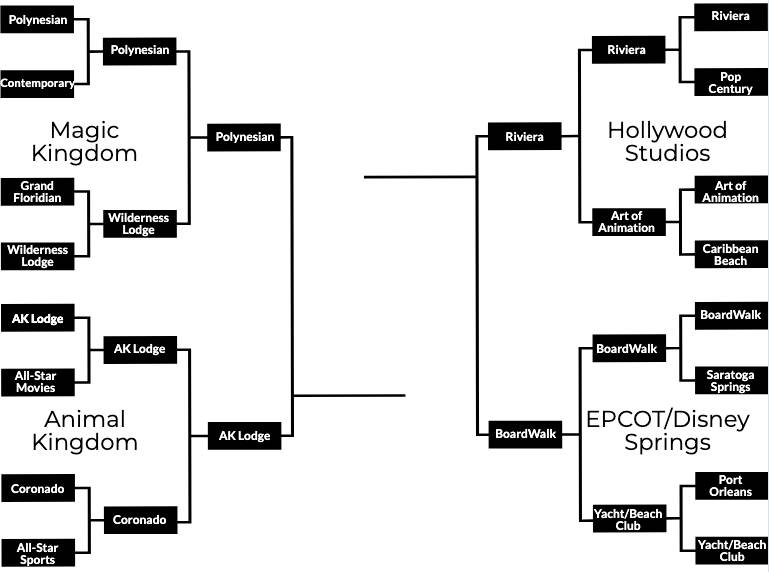