Everyone loves Cinderella, but especially Disney who has retold the story several times in live action, animation and musical formats. This spring they’ve done it again with Sneakerella, a modern musical take set in New York City, about a young man who has a passion for kicks (sneakers) and wants to be a designer for one of the biggest brands. 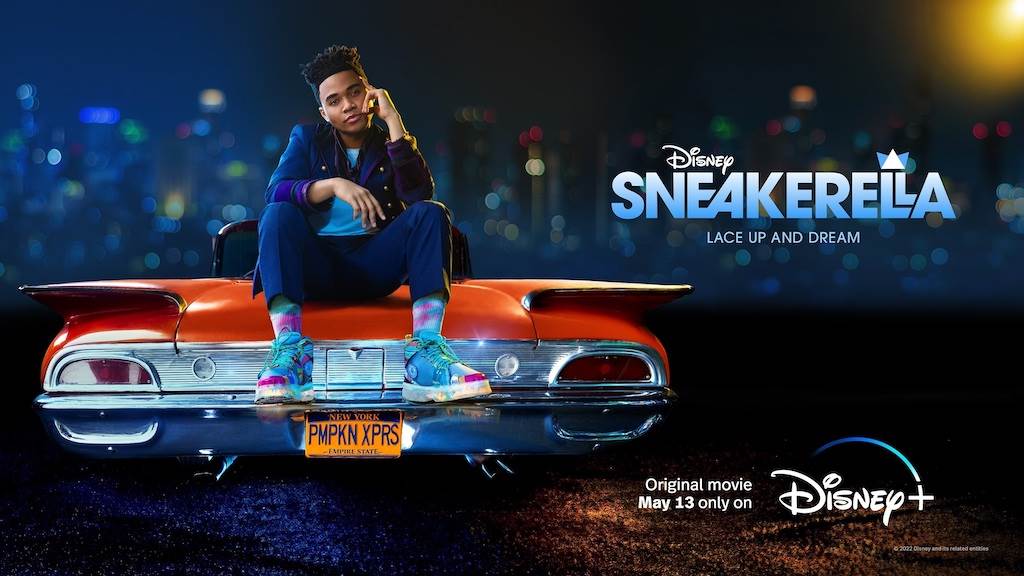 The Disney+ original stars Chosen Jacobs as El, Lexi Underwood as Kira King and John Salley as her father Darius King. Together and separately they bring to life this updated story that’s fresh and fun while still feeling familiar. In anticipation of the May 13th premiere, we had the pleasure of speaking with Chosen Jacobs, John Salley and director Elizabeth Allen Rosenbaum about the story, casting the leads and, even their own Disney experiences.

As we all know, the Cinderella tale has been told many, many times each with its own unique viewpoint, for Sneakerella it’s putting a young man in the title role, but also about giving the audience strong female representation with the character of Kira who serves as our smart, business savvy “Princess Charming.” When asked about why she wanted to tell this story, Elizabeth Allen Rosenbaum commented, “I love the idea of the gender swap, but still staying true to the characters we know and love.” She went on to say, “It's such a role reversal from what we’re used to and that made it really, really special.” 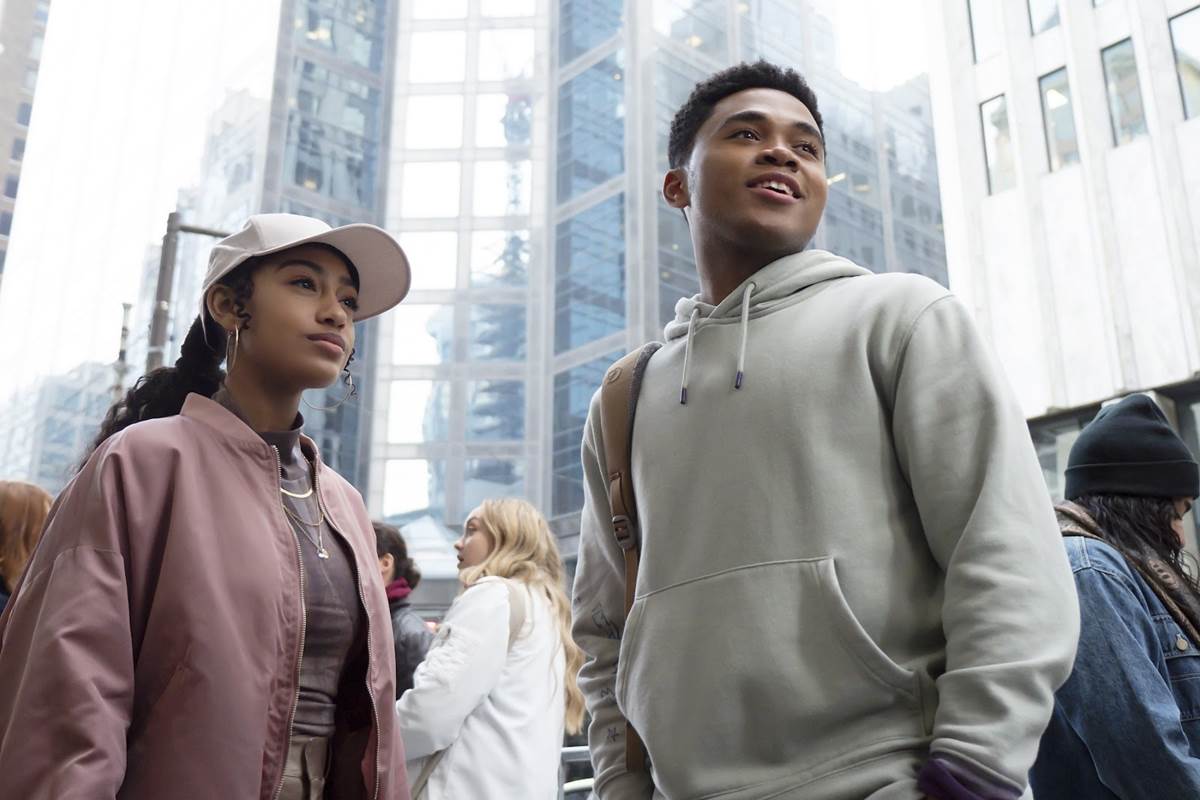 Jacobs and Underwood are incredible apart and together in bringing their characters to life. Rosenbaum said they found Underwood first and it was “really important to me to find the heroine.” Underwood “captured a deep kind of strength and questioning and a curiosity that’s unusual for a heroine of that age.” When it came to El they cast a wide net, but “it was a no brainer when Chosen walked in the door. He puts a smile on everyone’s face.” She mentions how the animated Cinderella was kind to everyone, even animals, and Jacobs has that same personality. “That’s Chosen on every level. He just changes the energy in the room for the positive.”

With a frustrated, distracted stepfather and mean step-brothers, El’s life isn’t easy. He’s experienced the loss of his mother and now faces the possibility of losing the family store, but despite all this he’s quiet, strong and hopeful. Jacobs said he was drawn to the story because Disney fairy tales “cultivated my childhood. To have the opportunity to do that for this next generation, how could I not?” Comparing similarities between Jacobs and El, he says “we’re both dreamers. We have these big ideas for what life can be.” 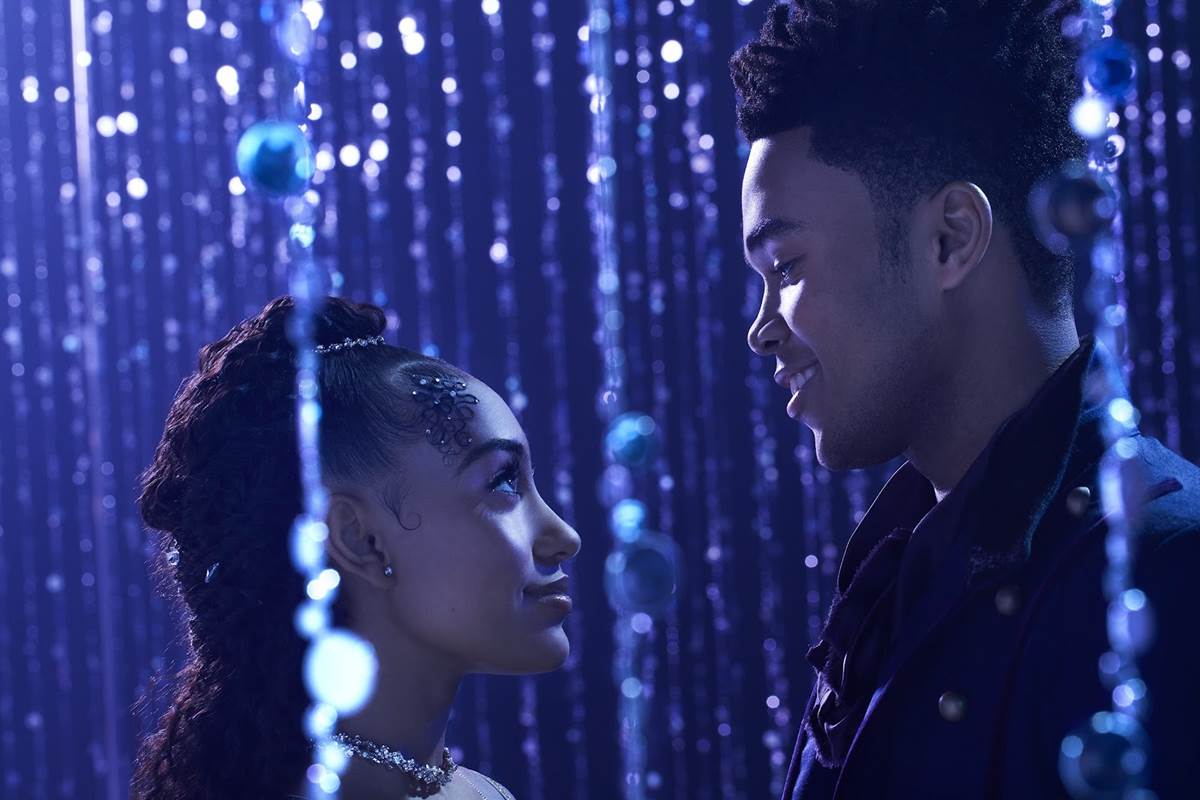 One of the things that jumped out at me was Jacobs’ strong chemistry with all of his screen partners. He was incredible to watch and attributes his portrayal to what’s happening off screen too. “We had a great team…also because we were shooting during the pandemic, the only people we were seeing was our crew and cast.” And they bonded. “All we had was each other.”

When I asked if he had a dream role and told him I thought he’d be a great Marvel hero, he laughed. “I couldn’t just pinpoint one. There are so many characters yet to be portrayed that I’d love to take a swing at.” He also noted with a laugh that if Marvel is looking, he, “can workout, do all that too!”

John Salley plays sports star and shoe mogul, Darius King and the role seemed built for him considering he’s a four time NBA champion, father, and entrepreneur. He says he brought every bit of his personal story to the character, “what Darius is going through, I’ve gone through and am going through.” He goes on to say that like Darius, he’s teaching his daughters “how to be bosses, how to work, and how to be charitable and loving all at the same time.” 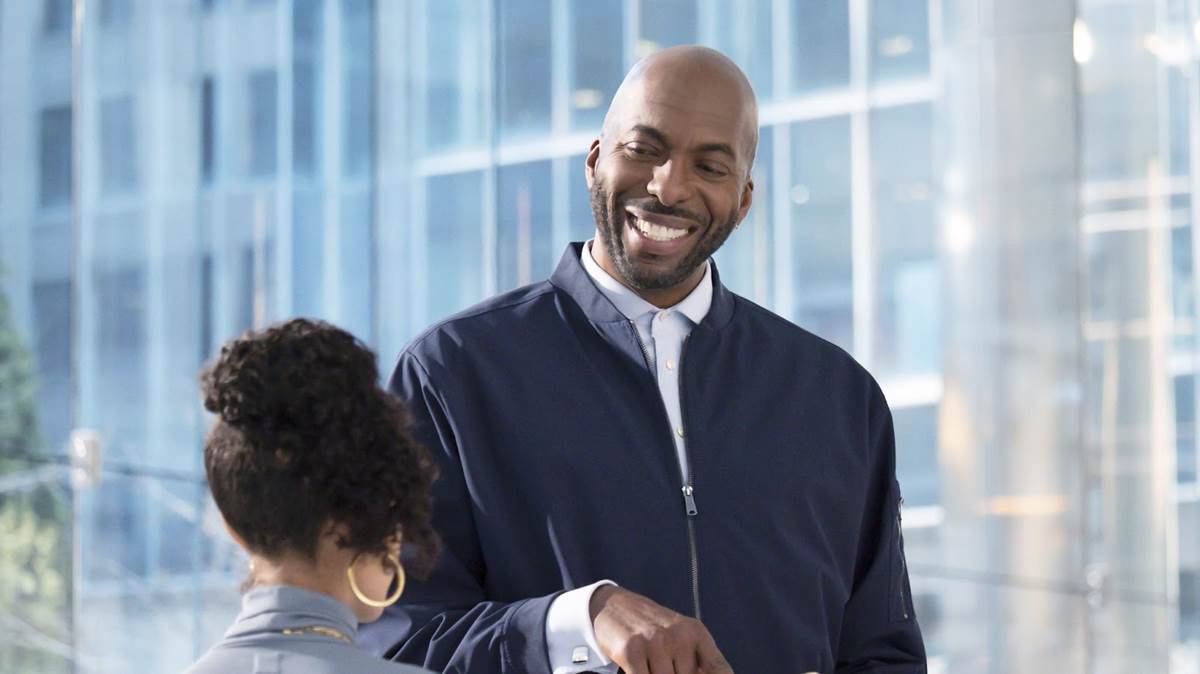 Aside from basketball, audiences may recognize him from the Bad Boys movies, Confessions of a Shopaholic and other television and movie projects, but he notes this is his first musical. “I’ve always wanted to be in a musical. I love musicals….Every time I reference something about life, I reference The Wizard of Oz.” And in case you’re wondering, emerald is his favorite color, “cus I’m always wanting to get to the Emerald City.”

Salley is no stranger to Disney, he really knows his stuff! He grew up watching The Wonderful World of Disney and later introduced his kids to the magic. On one trip to Walt Disney World his then 6 year-old daughter was talking to Mickey Mouse at a meet and greet and asked why he wouldn’t respond to her questions. “Mickey’s a mouse,” Salley told her. But she knew better, “he talks on television!” He says he’s a “Disney adult and my daughter is a Disney kid.”

So whether you’re a Disney adult or helping to grow the next generation of Disney kids, Sneakerlla is a fun film that the whole family can enjoy. With its upbeat score, fully developed characters and smart, modern day lessons, this movie looks at the beloved classic through a new lens.