On Friday, May 13th, the new film Sneakerella will make its debut on Disney+. Ahead of that date, the film was celebrated with a rooftop premiere at New York’s Pier 17. In the shadow of the Brooklyn Bridge, cast, crew, and fans gathered to enjoy the film on the big screen — with a few extra surprises thrown in. 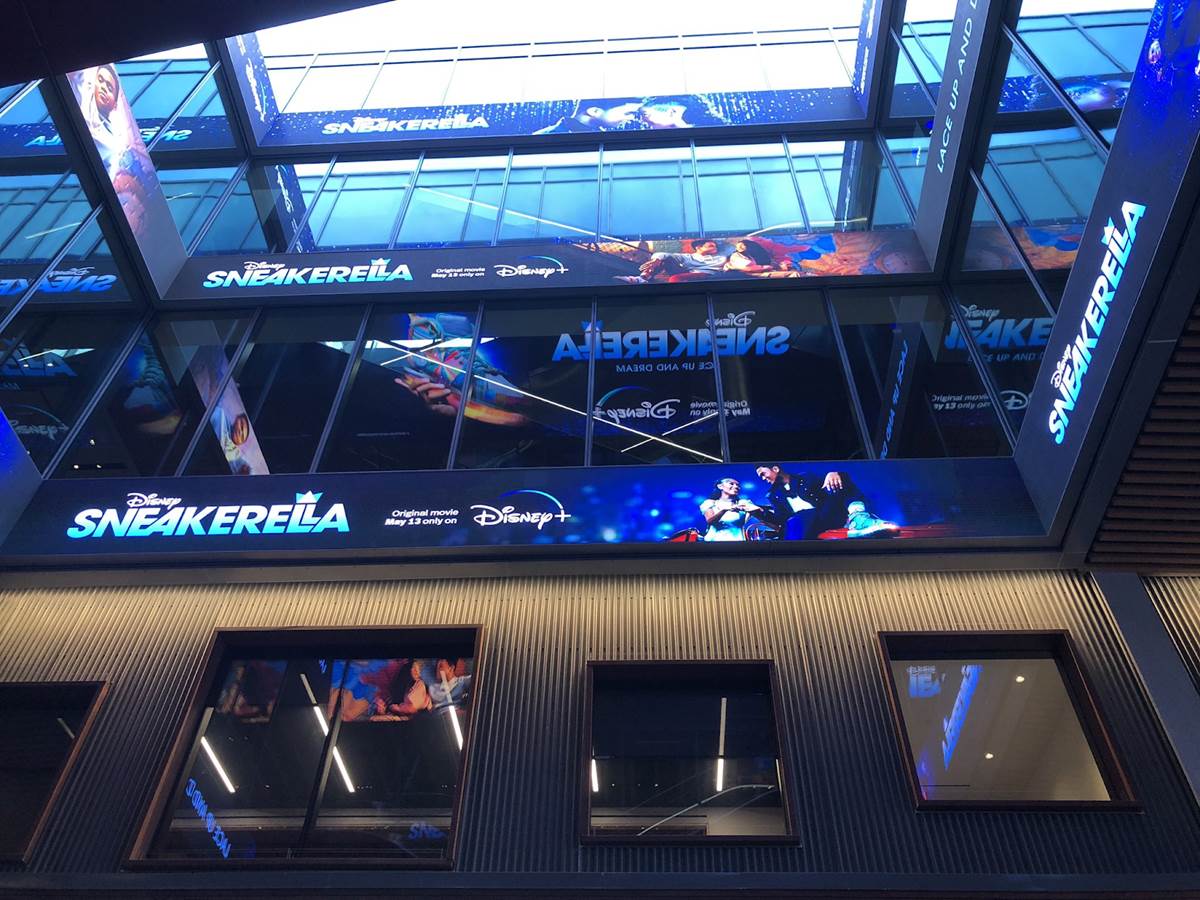 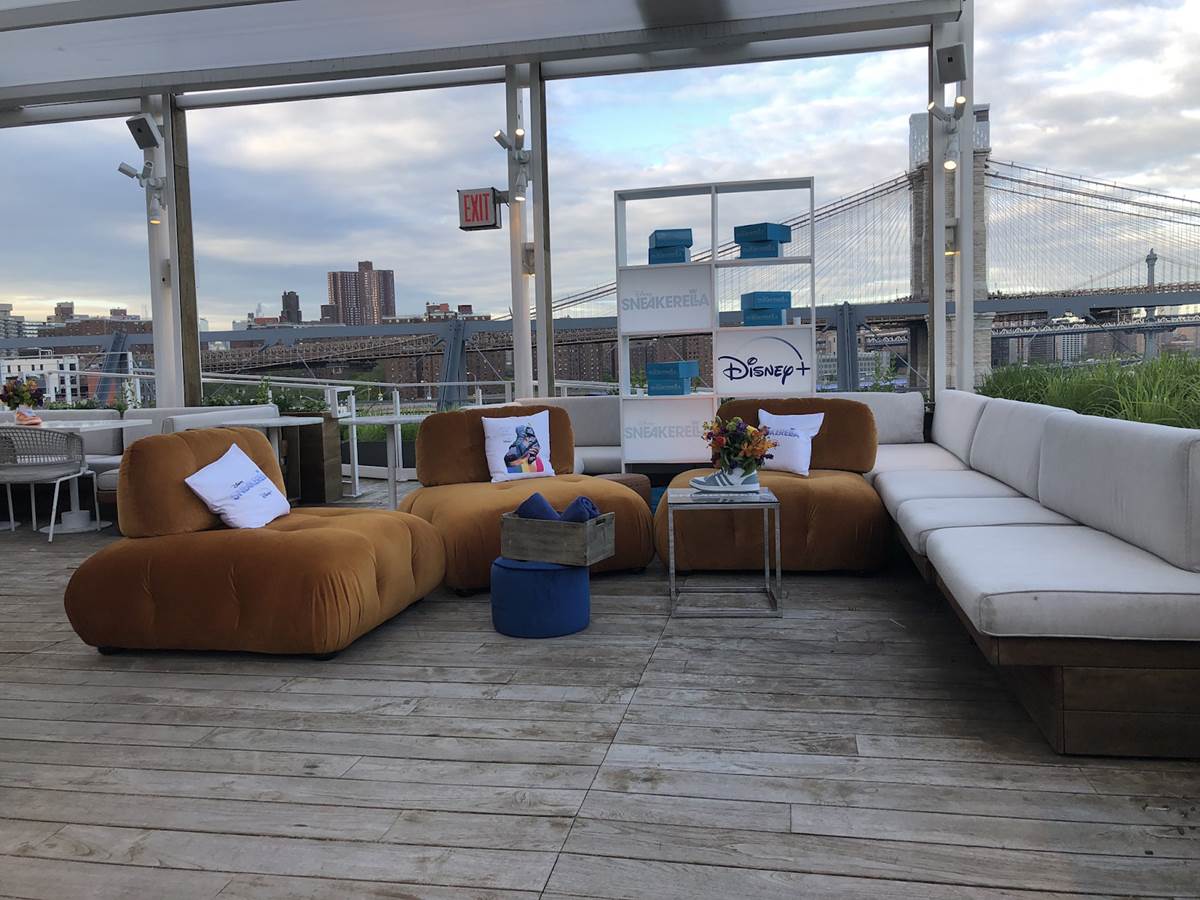 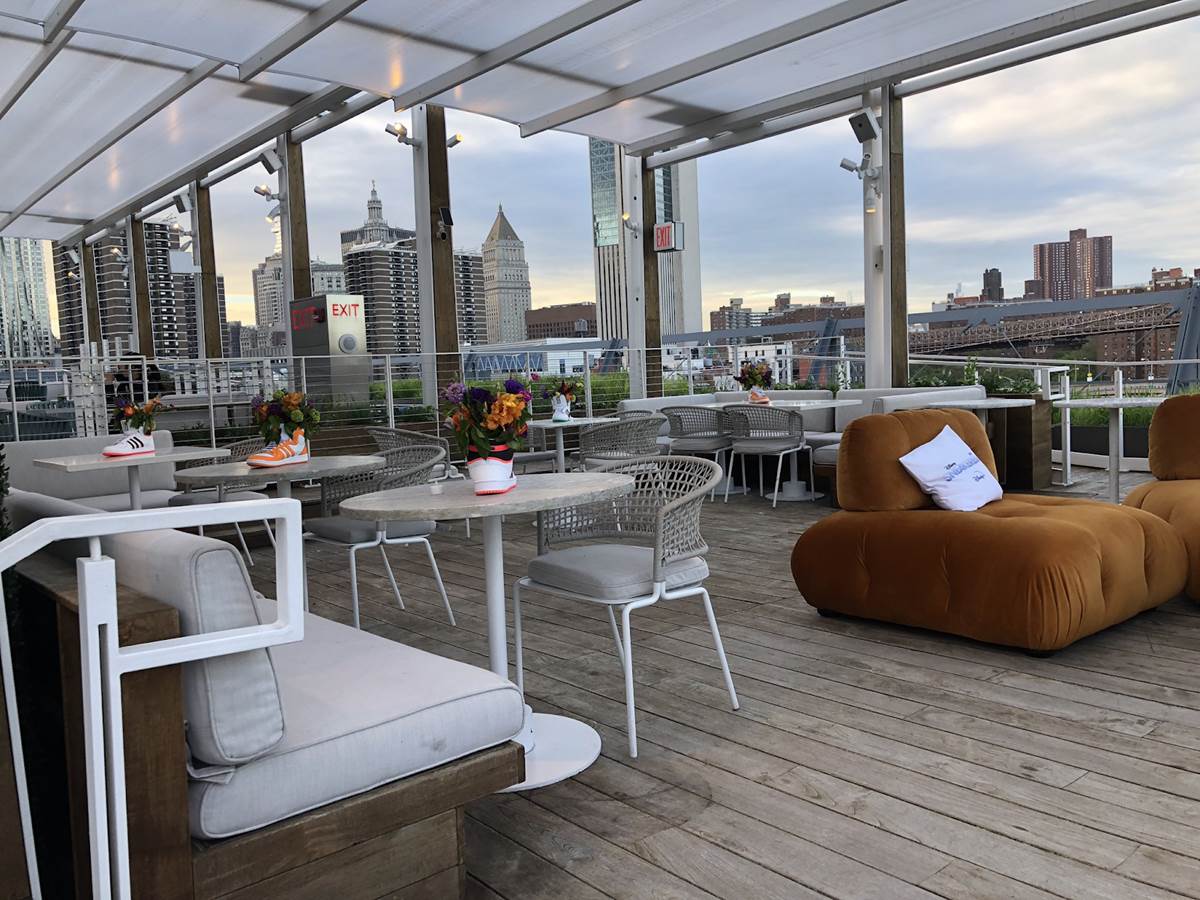 To kick off the festivities, Disney+ rolled out the blue carpet. Along that carpet, we spotted some of the film’s stars, including Chosen Jacobs, Lexi Underwood, John Salley and more. Not far away, the shoes at the center of the Sneakerella story were also on display. 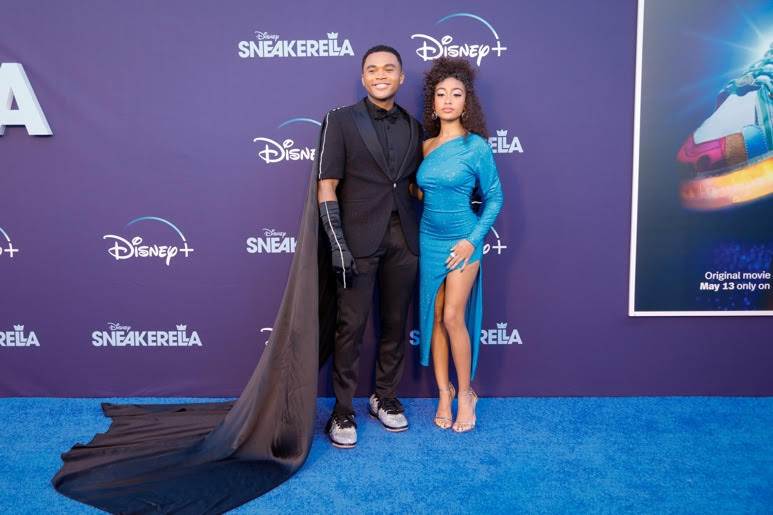 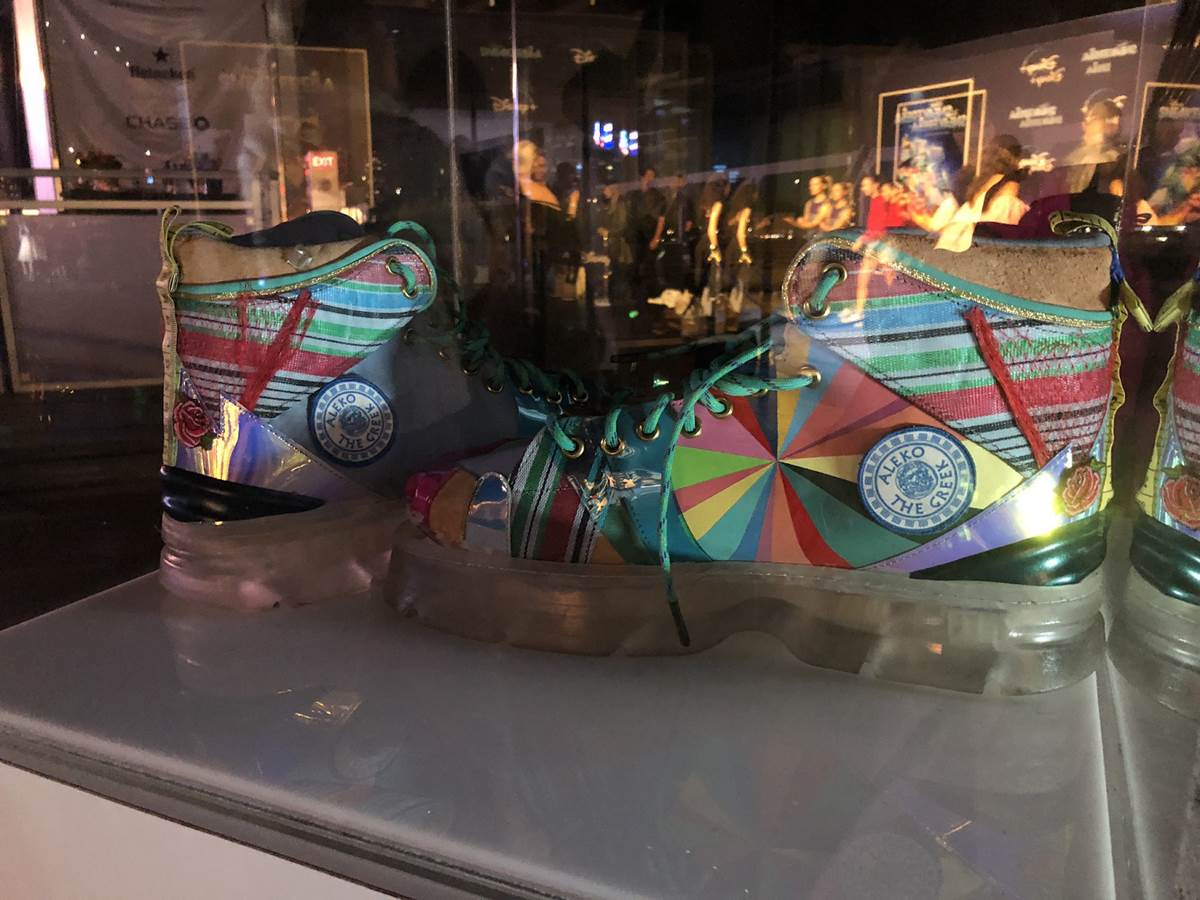 Elsewhere, there was no shortage of photo-ops and other treats for attendees. These included a graffiti wall like the one seen in the film, a garden mural, and more. Introducing the film was President of Disney Branded Entertainment, Ayo Davis. Davis went on to thank some of the team behind the scenes that helped to make the project a reality. She also advised that attendees stay until after the credits for a special surprise. 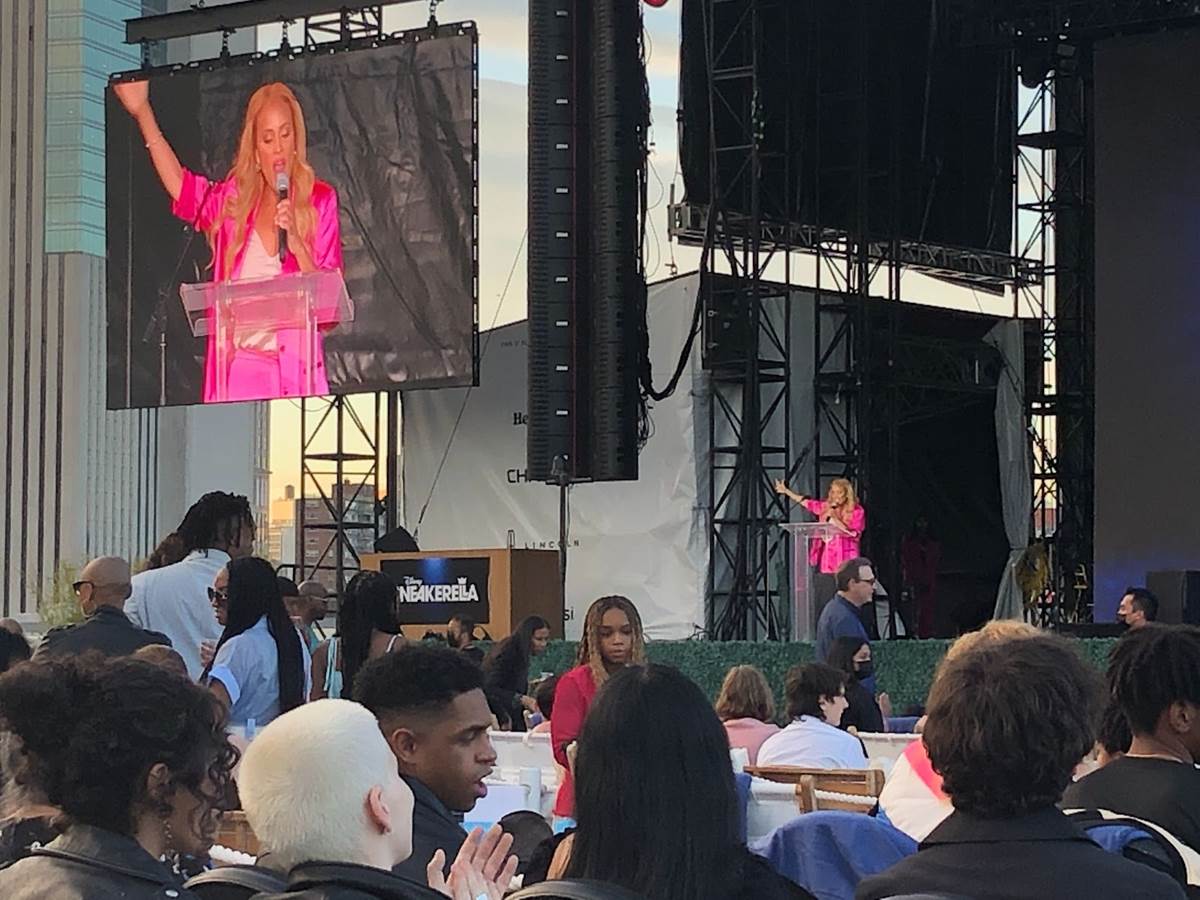 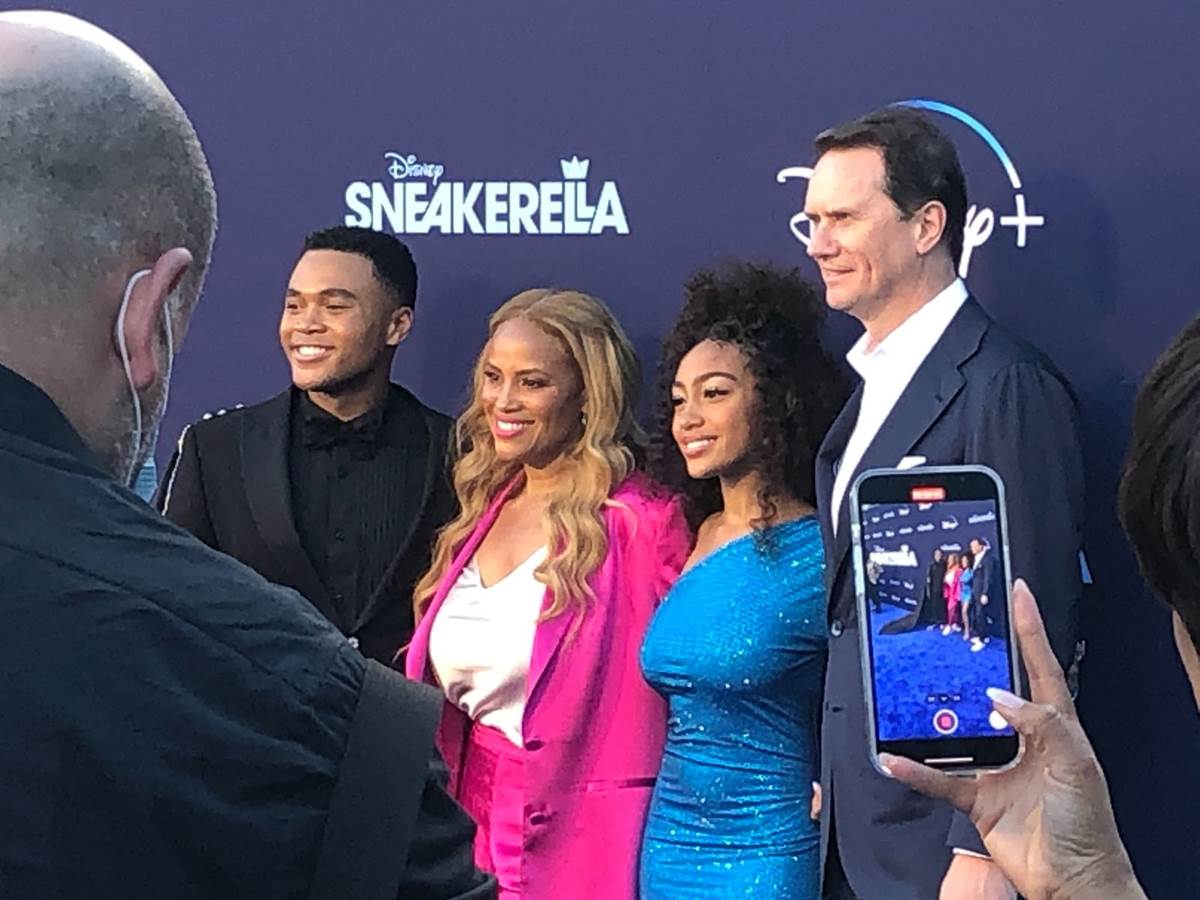 While most viewers will be seeing Sneakerella on whatever size screens they have at home, seeing the movie in this setting was a treat. In particular, the hip-hop soundtrack boomed beautifully over the venue’s speakers, adding some extra energy to the screening. Afterwards, as promised, dancers took to the stage, performing to the song “Kicks” from the film.

On the way out, guests were given canvas backpacks with Sneakerella iconography. What’s more, inside the bags were a collection of colorful Sharpies along with stencils that could be used to further decorate the bags. Of course, a pair of branded shoe laces were also provided. Sneakerella — a Cinderella story with a modern twist — dances onto Disney+ this Friday. In the meantime, you can check out Bekah’s review of the film.