Guests visiting Disney’s Animal Kingdom will soon once again be able to visit the big blue world when “Finding Nemo: The Big Blue…and Beyond!” debuts at the park. We were lucky enough to get to see a preview of the show and it is nothing short of spectacular. 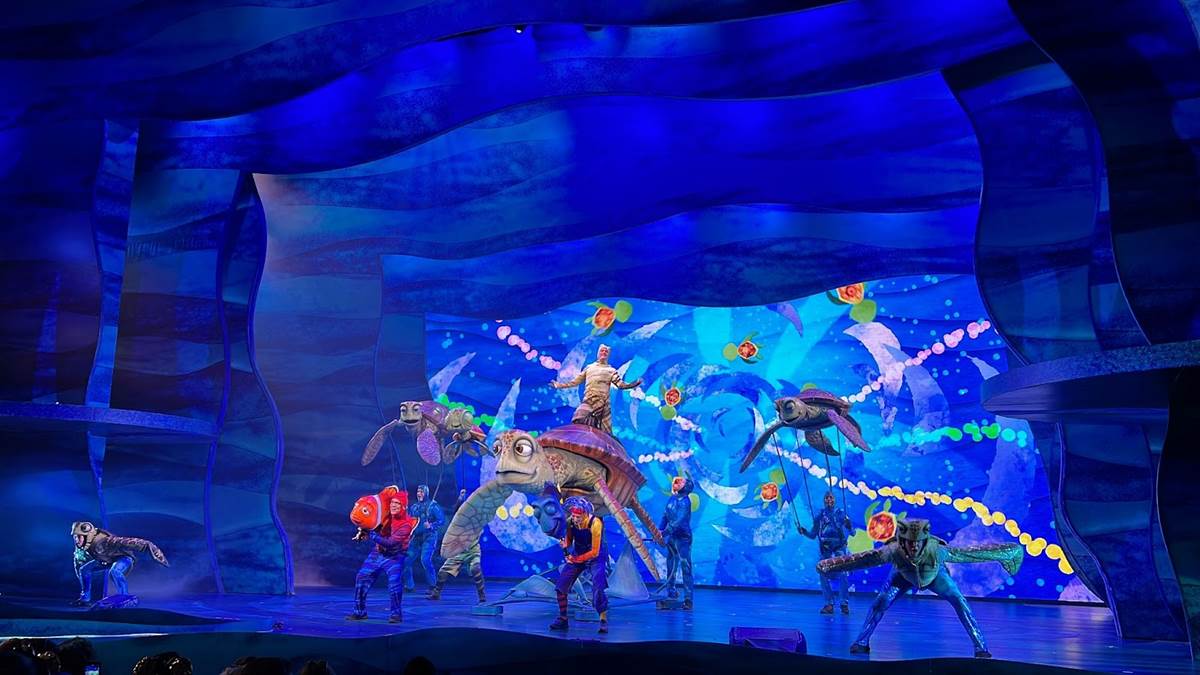 Formerly the home of “Finding Nemo: The Musical,” Animal Kingdom’s Theater in the Wild will soon play host to “Finding Nemo: The Big Blue…and Beyond!,” a revamped version of the show in a much more concise package. This new show cuts the old 40-minute runtime down to just 25 minutes.

And yet, the show still features many of the beloved songs form its predecessor, as well as the incredible liver performers and breathtaking puppets. All of your favorite characters from Pixar’s Finding Nemo are still prominently featured, including Marlin, Dory, Crush and of course, Nemo.The shortened runtime allows guests to get in and out of the theater more quickly, while still getting the full experience of the film they know and love.

The new star of the show is the custom LED video wall that visually extends the physical sets on stage and creates a visually stunning backdrop. The audience is immersed in this underwater world as characters venture out amongst them and the stage itself is taken to new depths by this massive screen.

“Finding Nemo: The Big Blue…and Beyond!” is a terrific addition to Disney’s Animal Kingdom. You’ll be submerged in this big blue world and, even if you’ve never seen the original show, find yourself singing along to the music. But don’t just take my word for it. You can watch the full show in the video below:

“Finding Nemo: The Big Blue…and Beyond!” debuts at the Theater in the Wild at Disney’s Animal Kingdom on Monday, June 13.