The latest “art of” book in stellar series published by Chronicle Books is one featuring our favorite Star Command space ranger, Buzz Lightyear. 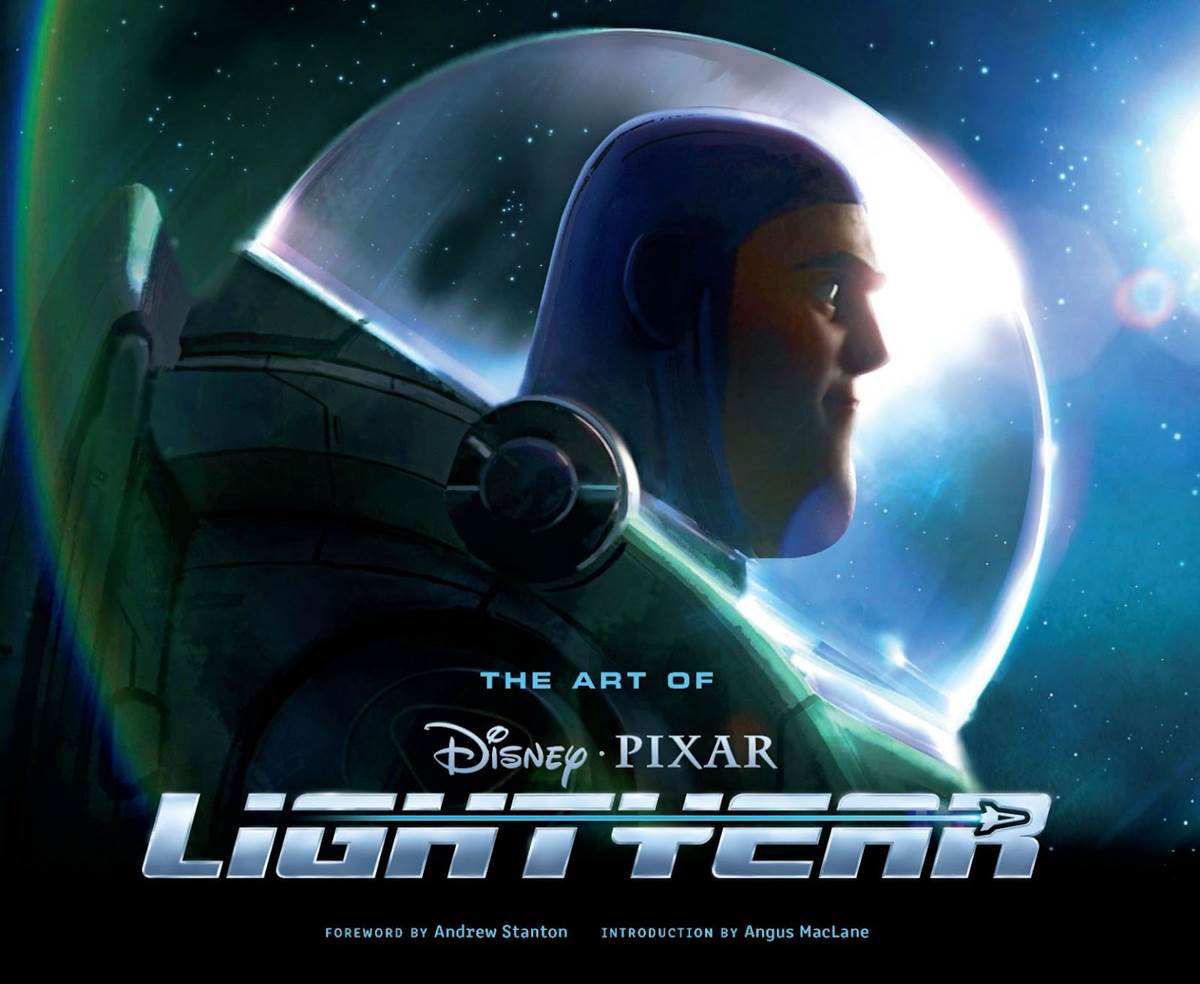 With even more art and inspiration in this book compared to those in the series before it, The Art of Lightyear is nothing short of a visual feast. The book explores Disney Pixar’s upcoming interstellar film through striking images including early concept art, character designs, storyboards, colorscripts, and more, paired with some insights from the production team on the creative filmmaking process. From Star Command to the outer reaches of space, readers are given the opportunity to peek behind the curtain at the making of what appears to be an incredible sci-fi adventure.

The art is ever breathtaking in this book, though I enjoyed the foreword, introduction and commentary just as much as the visuals. Executive Producer Andrew Stanton (who is described as one of Buzz’s proud parents having been on the Buzz development team beginning back in 1993) briefly addresses how, nearly 20 years after Buzz’s introduction to the world in the early Toy Story films, director Angus MacLane pitched a film idea centered on Buzz’s world that would be “an amalgamation of all our favorite adventures that formed us-Jonny Quest, Star Wars, Raiders of the Lost Ark, Aliens-but most of all, it would be legit”. MacLane discusses some of the key technical elements of making the film and his enthusiasm for this body of work shines through as he acknowledges the “immense talent and generosity” of the artists involved.

The foreword and introduction provide an exciting launchpad for the behind-the-scenes tour that follows in The Art of Lightyear. The book is truly jam-packed with visuals – after the first three pages, only the odd paragraph of text appears throughout the rest of the book before the concluding acknowledgments. I personally enjoy a bit more written commentary to compliment the images because it immerses the reader even further in a backlot-type experience. It is also fun to stumble upon research trivia, stories on set, and any other tidbits the artists and creators care to share. However, there is no denying that 170+ pages of concept art is nonetheless thrilling for any Disney Pixar fan, especially for a new sci-fi space adventure film which is shaping up to be unlike any Disney Pixar film before it.