“A CIA operative from 30 years ago had quit the life and career in service for his country; He's 30 years out of it; He is hanging out with his dogs in Vermont, and then something happens, and his past comes back to haunt him in the present,” explained The Old Man executive producer Warren Littlefield about the premise of the new FX series. Based on a book of the same name by Thomas Perry, the eagerly anticipated series is full of twists and turns and comes with a cast of heavy hitters. “We thought, well, it's a great movie, but maybe, maybe we can go beyond that and find real levels to these characters and open it up and, in fact, maybe it's a series. And there we made one stop and one stop only, and that was to Jon Steinberg and Dan Shotz and say, ‘We have been wanting to be in business with you for a while. We think this is a great setup. Let's do this together.’ God bless them, that was nearly 6 years ago, they said yes.” 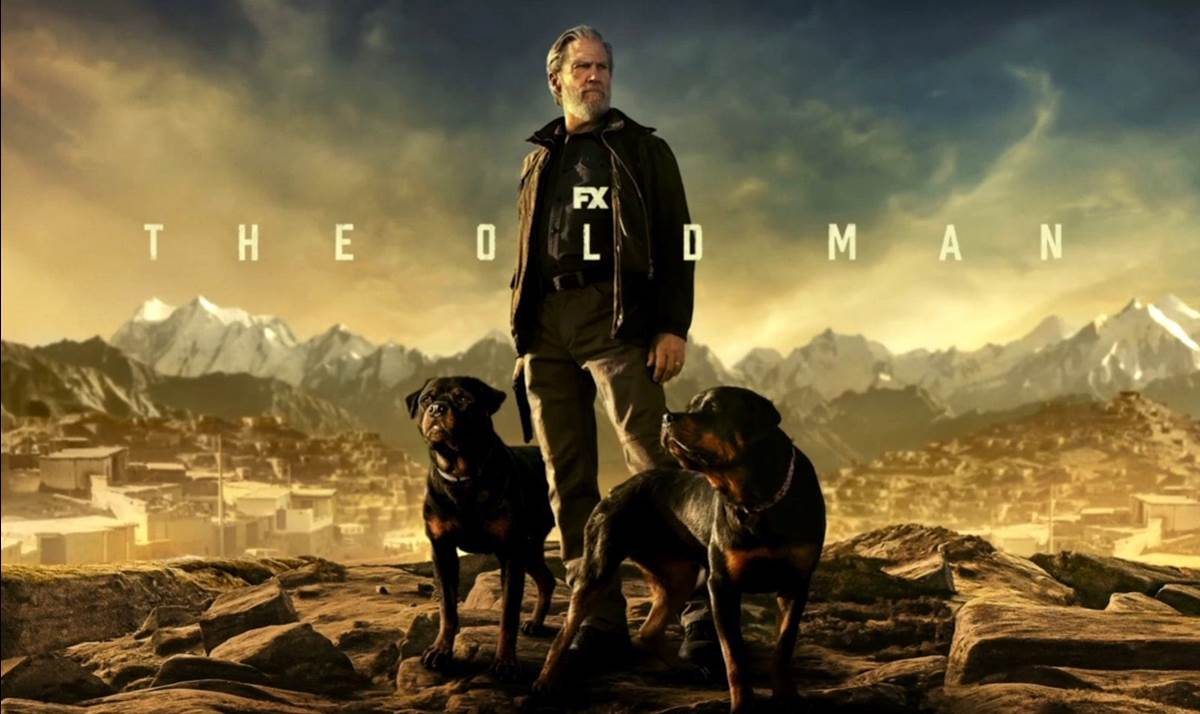 “When we went into this, we always saw this as ‘this is not a limited series,’” co-creator, writer, and executive producer Jonathan E. Steinberg said about plans for a second season, pending a successful launch. Production began before the pandemic, but unlike a lot of shows, it wasn’t COVID-19 that pushed pause on the series, but a nearly-fatal lymphoma diagnosis for the titular old man, Jeff Bridges. “Even though it took us 15 months to get back, because of Jeff and this whole group, 95 percent of the crew returned after 15 months,” revealed executive producer Dan Shotz. “That was the dedication of our team and just the entire group of crew and cast that came back because they wanted to see this first season through. And the dedication of everyone and the care that was put into it was pretty remarkable after that long of time down.”

“FX and all of the team were so considerate and gave me all of the time I needed to heal,” screen legend Jeff Bridges said of the network’s willingness to wait for him rather than recast the role. The actor needed physical therapy to recover from his illness, followed by a lot of preparation to get into character. “We had Christopher Huttleston, who was a CIA fellow and did a lot of stuff that John [Lithgow] and I went through. And he turned me on to Stoicism, that philosophy, and I bathed in that in preparation for our show. I'm reading a book called The Obstacle Is the Way. And that has to do with distress that comes at us, rather than regret it, we can face it and practice being stressed.” The role wasn’t entirely stressful, though, with the actor almost constantly surrounded by canine costars. “I love the dogs, the dogs were incredible. There were about five of them and they were all so sweet.”

“Jeff and I, our two characters, we sort of run in parallel storylines,” explained acclaimed actor John Lithgow, who stars opposite Jeff Bridges. “Part of the suspense of the first season is, ‘when are they going to finally collide and their stories come together?’ They finally did when Jeff came back after his long ordeal… The culmination of the first season took us 6 days and it was entirely played inside an automobile, and so we sat together for six days. We never stopped talking, telling stories, telling jokes, talking about our families, talking about philosophy.” It may have taken these two legendary actors decades to work together, but as John Lithgow explained, it was well worth the wait. “I will tell you what Jeff is like. My dear older brother, five years older than I, was diagnosed with something very, very similar to what Jeff suffered from. And as soon as I told [Jeff], after he'd been through that whole ordeal, I told him about my brother David; he immediately got in touch with him. He sent him information. He'd never met the man. This is the most big-hearted person. It's not like you're working with an actor at all. It's like you're working with a new friend. And I think everybody here will say that.”

Many of John Lithgow’s scenes are played against his character’s protégé Angela Adams, played by Alia Shawkat of Arrested Development fame. “I was excited to try something very different,” the comedic actress said of flexing her dramatic muscles. “It was fun to try and find the truth in the layers, especially playing a character who is processing a lot in real time. Someone who thinks they really have their act together and who has always been the top of the class, in charge, everything is starting to unravel for her. And that was really interesting to play. In a way, it was something I wanted to do in my life –- someone who seems like they’ve got it together, but maybe not so much.”

In addition to the dogs, Jeff Bridges shares much of his screen time with Amy Brenneman, who plays Zoe McDonald. “This whole thing that Jon and Dan have created so beautifully that, really what it is, is agency and power,” the actress revealed about the show’s themes. “You have these dudes that are used to, from 30 years ago, being in charge, being powerful, having agency, right? Well, then your body starts to break down as you get older, so there's a little bit of agency and power and marginality. My character, Zoe, never felt power. So it's like, ‘Oh, welcome to my world.’ You feel delicate, you feel powerless, like, yeah, let's talk. So I think it is not only age, but it's any time that you feel disempowered or marginalized or you don't have agency in your own life, there's this similar conversation, even though these people come from such different backgrounds.”

You can see Jeff Bridges, John Lithgow, Amy Brennerman, and Alia Shawkat in FX’s The Old Man beginning with a double-episode premiere on Thursday, June 16th, at 10/9c on FX and streaming on Hulu.