Who killed Bunny Folger? The shocking finale of the first season of Only Murders in the Building left us all wondering what comes next for the residents of The Arconia. The wait is over on June 28th when Hulu’s hit comedy mystery series returns with a double-episode premiere. 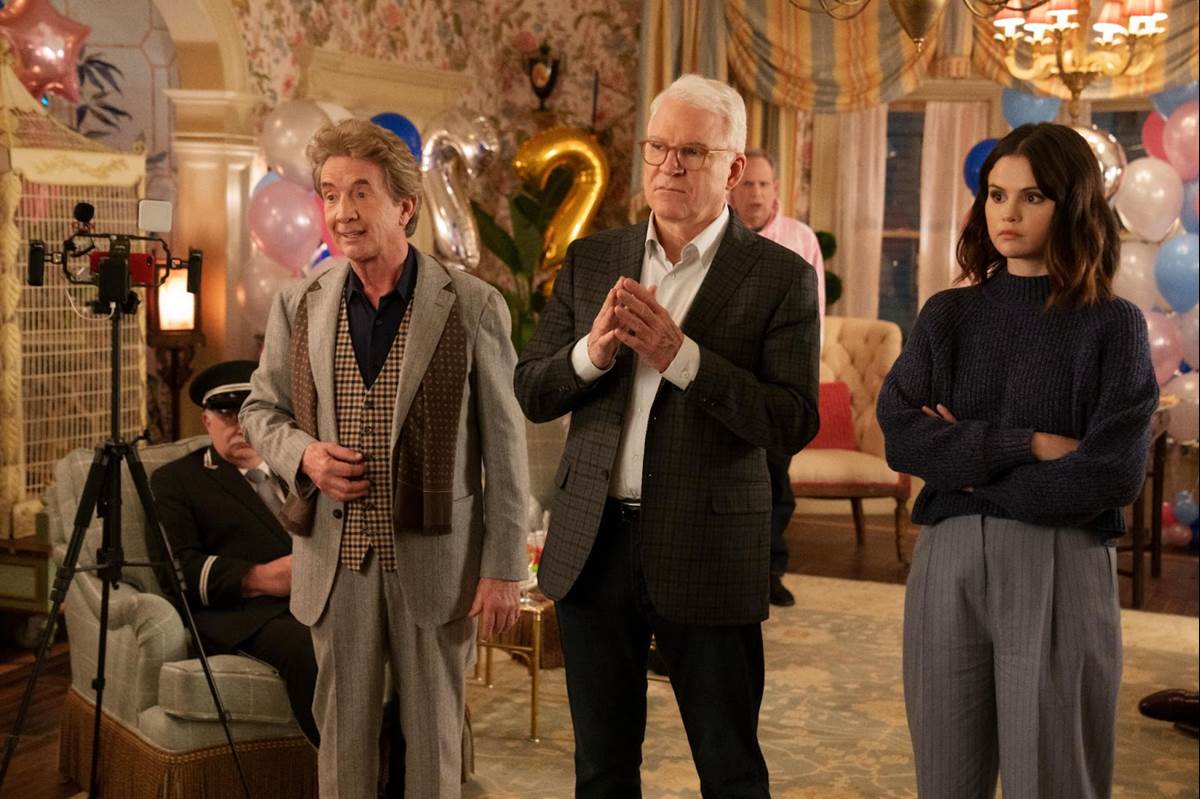 It’s bad enough that Charles (Steve Martin), Oliver (Martin Short), and Mabel (Selena Gomez) are the primary suspects in the murder of Arconia Board President Bunny Folger, but now Cinda Canning (Tina Fey) is stealing their thunder with her own podcast about them, titled “Only Murderers in the Building.” In this season, they will try to solve yet another Arconia murder in a quest to prove their innocence (and build an even bigger following for their podcast). Now that they’re pseudo-famous and persons of interest, is there anybody they can trust?

Season 2 builds another intriguing murder mystery, at the center of which is more hilarity from the brilliant minds of co-creators and writers Steve Martin and John Hoffman. The series continues to be laugh-out-loud funny while serving as a showcase for a wide range of New York City veteran actors to walk the fine line between comedy and suspense. Whether played for laughs or suspense, there’s always a delightfully familiar face around the corner, from Amy Schumer playing herself, taking residence in the penthouse left vacant by the exit of musical superstar Sting, to screen legend Shirley MacLaine joining the ensemble.

This season delves into the New York art scene, with Mabel’s own artwork going viral following headlines that she helped solve one murder while being the prime suspect in another. A missing art piece also becomes a linchpin in the case, through which Charles finds his own past entering into the mystery. The juxtaposition of art at the center of the story and the imaginative ways the show is shot further prove the breadth of talent in the series, both in front of and behind the camera.

Only Murders in the Building continues to be my favorite Hulu Original of all time and the second season further proves the strength of the creator’s storytelling. The dynamic between comedy legends Steve Martin and Martin Short are impossible to look away from, while Selena Gomez holds her own in every scene.

I give Season 2 of Only Murders in the Building 5 out of 5 bloody knitting needles.

Only Murders in the Building returns Tuesday, June 28th, with a double episode premiere on Hulu. New episodes will be released on subsequent Tuesdays through August 23rd.