During this past weekend’s D23 Expo in Anaheim, California, National Geographic invited us to “Explore the World” with its next generation of creators with series coming to (or already on) Disney+.

This panel presentation was held Sunday afternoon on the Premiere Stage, and introduced D23 Expo attendees to some of the young talent involved with bringing fresh new content to National Geographic. 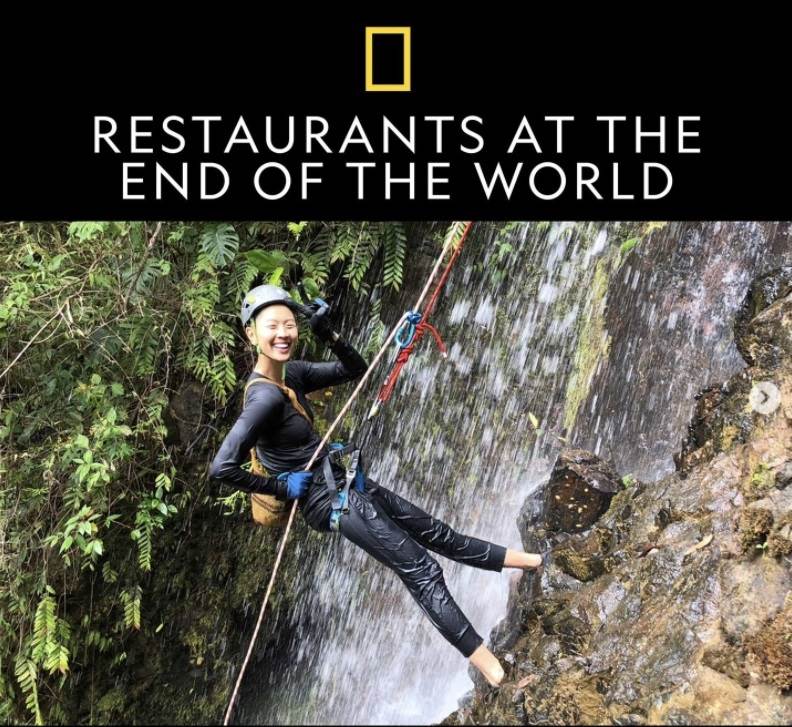 First up we met Kristen Kish, whose series Restaurants at the End of the World (not to be confused with the Douglas Adams novel The Restaurant at the End of the Universe, a mistake I admittedly keep making) is described as follows by National Geographic: “Adventurous chef, entrepreneur and global trailblazer Kristen Kish travels the world in search of the people, places, culture and traditions behind the world’s most remote restaurants. Running any successful venture takes a certain tenacity and grit, but those who set up deep in the wild, cut off from the grid and normal supply lines, are in a class all their own. From local purveyors, farmers and herders to kitchen crew, managers and chefs, Kristen is going behind the scenes to meet the people, hear the stories and see the day-to-day balancing act required to keep food on the table in the most remote outposts on earth.”

Next up was Epic Adventures with Bertie Gregory, which has already become available on Disney+ as of last week. “The face of a new generation of aspirational adventurers and natural history filmmakers, 29-year old National Geographic Explorer Bertie Gregory takes viewers on epic and nail-biting journeys that push into the most spectacular and secretive corners of our wild world. Armed with leading edge film technology, [this] Disney+ original series breaks the mold of the traditional natural history program by telling extraordinary, real-life animal stories and taking viewers with him for every beat of the action. For weeks at a time, the charismatic BAFTA Award-winning cinematographer immerses himself into the animals’ lives to capture the untold stories of iconic creatures living in some of the harshest environments on our planet. This season, we will see Bertie braving the icy worlds of Antarctica in search of the biggest gathering of whales ever filmed and coming face-to-face with specialist buffalo-hunting lions in Zambia. In this multipart adventure series, he will take audiences on an ambitious odyssey across the globe, showcasing the natural world at a time when it faces its greatest challenges.” 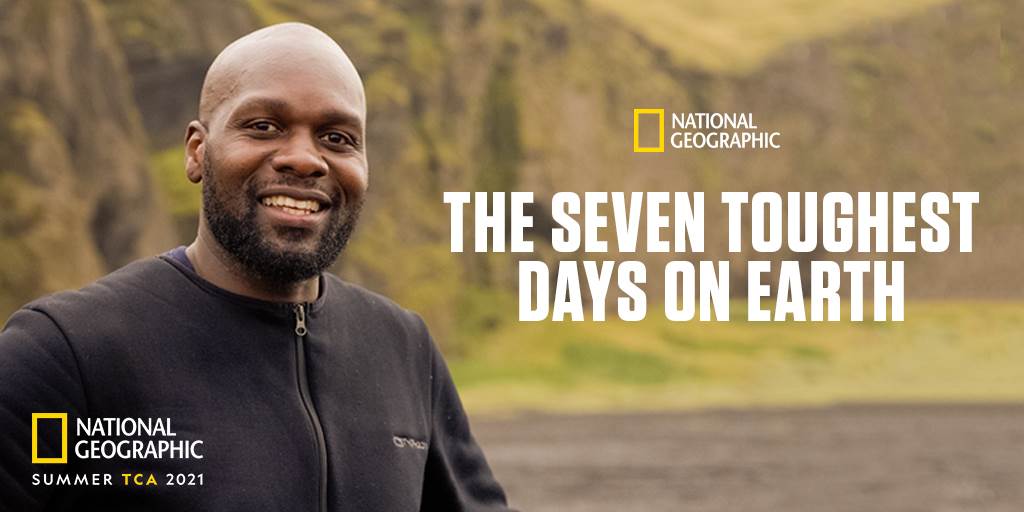 Thirdly, we met Dwayne Fields, who hosts The Seven Toughest Days On Earth. “Dwayne Fields is a presenter, explorer, naturalist, and all-round adventurer. Following a life-threatening incident in his younger years, Dwayne developed a passion to break the norm and expectations, reconnecting himself with his early experiences of the outdoors in wild Jamaica. He went on to become the first black Briton to walk over 400 nautical miles to the magnetic North Pole and has lived a life of incredible adventure and exploration thereafter, whilst simultaneously encouraging others to do the same. His exhilarating National Geographic series sees Dwayne and his film crew pushed to their very limits at some of the most extreme environments in the world – it is not one to be missed!”

The penultimate series discussed on the panel was Trafficked with host Mariana van Zeller– “an original documentary series that explores the complex and dangerous inner-workings of the global underworld, black and informal markets. Each adventure follows Mariana on a mission to follow the chain of custody of trafficked goods, understand how to obtain the contraband, or see the 360-degree view of the trafficking world from the point of view of the smugglers, law enforcement and those caught in the crossfire.” Lastly we met the charismatic travel influencer Jeff Jenkins, who revealed that his upcoming National Geographic travelogue series will be entitled Never Say Never. Jenkins believes that “life begins where your comfort zone ends,” and says his mission is to encourage “chubby” people to see the world. With all these intriguing NatGeo shows available or coming soon to Disney+, subscribers to the streaming service should never be at a loss to discover more about adventures waiting out there on planet Earth. National Geographic’s series Restaurants at the End of the World, Epic Adventures, The Seven Toughest Days On Earth, Trafficked, and Never Say Never are all either coming soon or already available on Disney+.