Welcome to Extinct Attractions. My name is Cole, and today I’ll be your guide on a trip to the spooky reaches of outer space. 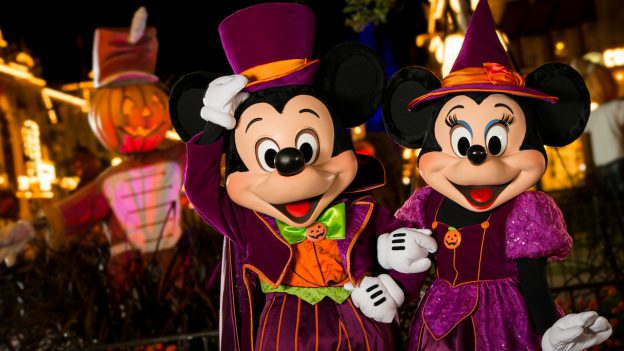 The Disney Parks have always loved going all out for the holidays, with Halloween and Christmas taking over the parks from the middle of August until early January, or pretty much half of the year at this point. While I understand why they are doing it, Halloween parties in August and the snow being on the castle in October do seem a bit premature to me, though it does give us more time to experience my favorite part of the holidays, seasonal overlays. Disneyland has been doing holiday overlays since 1997, with the most successful being Haunted Mansion Holiday considering it spans both Halloween and Christmas, staying up for over a third of the year. For ten years, Disneyland stuck with Haunted Mansion Holiday and it’s a small world holiday as its primary overlays, but starting in 2007, they decided to give it a whirl in another area of the park with a new overlay for Space Mountain called Nightmare Nebula. 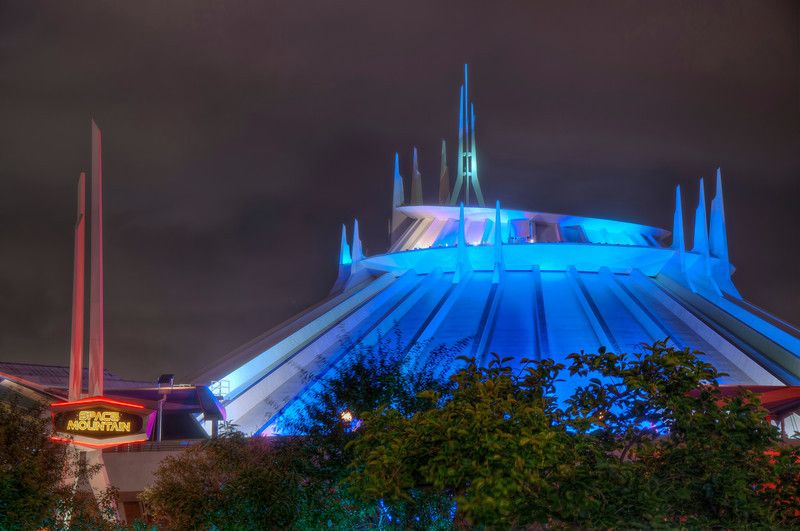 For its first seasonal overlay, Space Mountain started small, especially compared to the Rockin’ Space Mountain overlay that the mountain had undergone in early 2007. Once the park closed to regular guests, Space Mountain cast members would run around and add some simple decorations to the ride to up the spooky factor and then other cast members got the special opportunity to ride Space Mountain Nightmare Nebula.

Though regular guests could not experience the attraction, someone did do us the favor of recording the experience, though I can’t say that it was really worth it. Rather than use the awesome projection technology that they had created for Rockin’ Space Mountain, they decided to just turn off all the lights in Space Mountain, so you really can’t see anything throughout the video, making it a drag to watch.

They did add some spooky music to it as well, so if you really want to know what it was like, next time that you visit DIsneyland, you can go on Space Mountain, close your eyes and turn on Halloween music, and you’ll have pretty much the exact same experience.

Needless to say, the reception for Nightmare Nebula was not the best, so it did not return in 2008, with Space Mountain just operating as usual that year. Meanwhile, Hong Kong Disneyland was just two years old when they decided to get in on the Halloween overlay game themselves, introducing Space Mountain Ghost Galaxy on September 24, 2007. Featuring a villainous space spirit that goes around trying to cause havoc in the stars, this overlay was almost immediately successful. In fact, it was a big enough hit that when Disney wanted to bring back the Space Mountain Halloween overlay back to Disneyland in 2009, they immediately honed in on Space Mountain Ghost Galaxy.

Opening in Disneyland on September 25, 2009, I cannot say that I was the biggest fan of the attraction. I actually have a very vivid memory of going to Disneyland with my dad the year that it first debuted, specifically to go on Ghost Galaxy. Fastpasses were out, so we waited 70 long minutes in that line and came out just disappointed by what we had seen. Since then, I rode it almost every year that I could, and no matter how many times I went on it, it just never grew on me. I even went into it excited most years, but I would just come out missing regular Space Mountain or Hyperspace Mountain.

In my mind, the first projection of the spirit was really cool, but then they got weaker and weaker as the experience continued. By the end, it was basically just the spirit swiping its hand at you over and over without any more substance than that.

One thing that I did like was that they went for a spookier vibe with Ghost Galaxy than the typical Disney fare. It makes a lot of sense considering Hong Kong Disneyland is known for having relatively scary Halloween celebrations, so it was exciting to see them bring some horror into the mix as opposed to what we normally see. Somewhat surprisingly, Hong Kong Disneyland ended their version of Ghost Galaxy on October 31, 2013. I haven’t been able to find a reason why they did it, but presumably it was just to cut some costs because their Halloween experience is still pretty spooky, so the overlay would fit right at home.

Over in Disneyland, Space Mountain Ghost Galaxy stuck around until October 31, 2018, making this the first year that the park is without it in a decade. While it’s no guarantee that Ghost Galaxy doesn’t return, I don’t see it happening in the near future. The main reason for its removal was the movement of the Halloween Party to Disney California Adventure with Oogie Boogie Bash, so until it comes back to Disneyland, it seems unnecessary to have Ghost Galaxy. Now I may be in the minority of those who didn’t enjoy Ghost Galaxy, but I’m definitely hoping that the next time Space Mountain gets a Halloween overlay, it’ll be something fresh and new. So with that, let’s take a look at what’s coming next week. 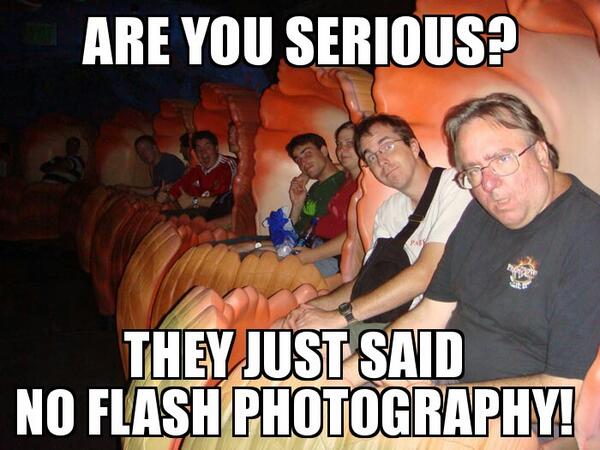