Welcome to Extinct Attractions. This week we’ll be taking a look back at an area of the park that didn’t have much to do attraction-wise but was nonetheless a cool and interesting part of what made Disneyland Disneyland. We are officially deep into Christmas time at the Disneyland Resort. I was lucky enough to attend the first Merriest Nights Party at Disneyland of the year, and it was so magical to see the park back in its full Christmas regalia after not getting that last year. Over the years, my family has made it a habit of visiting Disneyland during Christmas time as you can see from our wonderful photo above. This year, the chance to meet Santa will have to be a bit more distanced, so we weren’t able to get a lovely photo like that, plus his old location no longer exists and today, we’ll get to find out more about it. 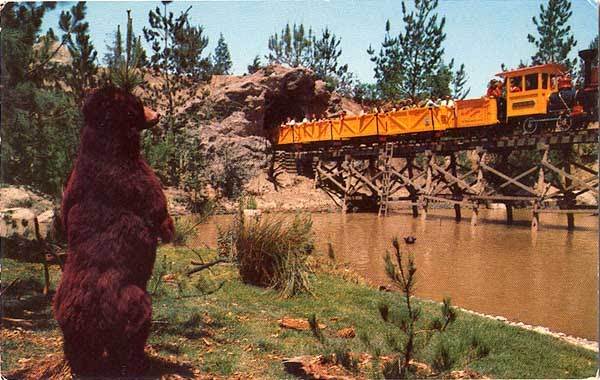 Back in the early days of the park, we had the Mine Train Thru Nature’s Wonderland as a staple of Frontierland. In the early days of the park, pretty much all of the land was taken up by the Mine Train and the Mule Pack, so there wasn’t a ton of real estate to play with in the area. However, that all changed when the attractions were removed for Big Thunder Mountain Railroad, which took up roughly half of the estate that used to be in the land. All the extra room basically just sat empty for the next five years, with the area really just used to house horses.

Some Disney executives took notice of the empty space and astutely surmised that they could do something with the space that would at least give guests at Disneyland another play to explore. With Tom Sawyer Island around, the land was truly ripe for exploration in the ways of early settlers, so on June 22, 1986, the dream became a reality and Big Thunder Ranch opened as the land’s first addition since Big Thunder Mountain Railroad.

Now Big Thunder Ranch wasn’t designed as really anything more than a relaxation area with some simple things to do like explore a log cabin or meet some animals at a petting zoo. Basically, it was a nice diversion, particularly for families with children to let off some steam and meet some animals. Petting zoos used to be all the rage in the Disney Parks, with Disneyland and Magic Kingdom both having one (though today I believe the only remaining one is the Affection Station at Disney’s Animal Kingdom). Frankly, who can blame them because I know my parents used to have to drag me away from the goats. (Well, once I got over my fear of them.)

If anything, Big Thunder Ranch was almost a mini-land within Frontierland as there was also a restaurant serving barbeque and occasional live entertainment, though those facets became a much larger part of the area a few years later in its second rebranding. 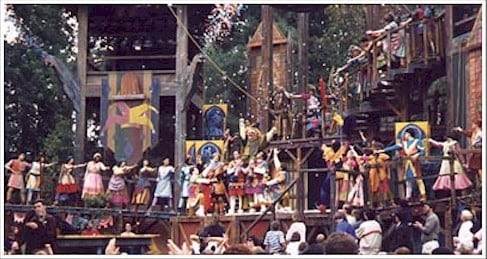 Big Thunder Ranch received its first makeover in 1996, becoming Festival of Fools to tie-in with that year’s Walt Disney Animation film, The Hunchback of Notre Dame. The entire back area became a stage for the show that both recounted the story of the film and served as a reenactment of the namesake of the overlay, the Festival of Fools. Clopin did the Lord’s work (or did he?) in a show that was simply pure fun.

Elsewhere, the ranch had some light decoration changes, but the only real significant change was the cabin was redressed to become Esmeralda’s cabin, a safe haven from the tyranny of Frollo. These changes lasted until 1998 until the gates were closed to us gypsies. 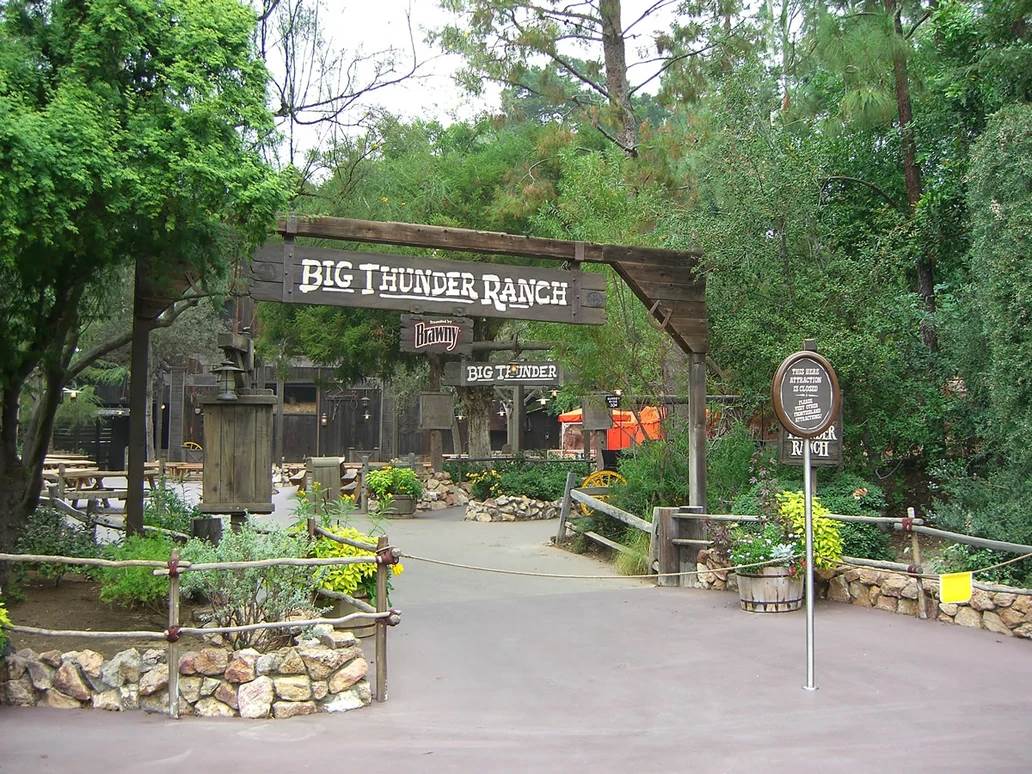 Here’s the point in the story where I come into play because I was a wee toddler when Festival of Fools ended, so I never got to experience it. This was before YouTube, so all I had to go with for the area was that my parents and their friends all really enjoyed the show and wished it would return. We’d ride the train all the time, and I distinctly remember sitting there and just daydreaming about what it must be like to visit that area that I had heard only corporate people could visit. 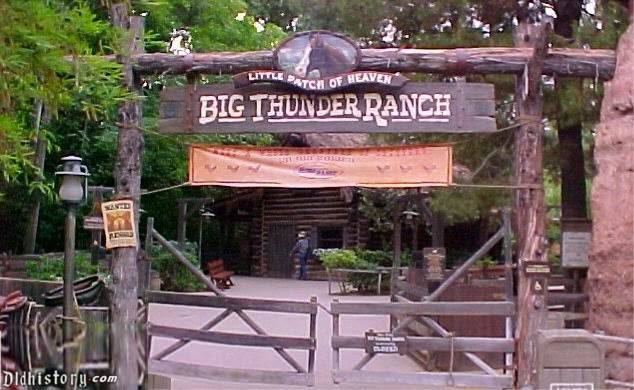 Who would have thought that the film that would give me the chance to visit the Ranch would be Home on the Range, one of the most derided Disney films of all-time. But Disney wanted to promote the film so Big Thunder Ranch reopened to guests in 2004 with a new moniker as the Little Patch of Heaven, just as it was known in the film. The petting zoo was back and there were little signs scattered around the area with pictures of animals from the film. Plus, the cabin got another touch up, now doubling as the home of the humans from the film. Now the Home on the Range references barely lasted two years because of the film being an instant flop, but what happened instead was even better because each season Big Thunder Ranch would get all dressed up to correspond with the season, with a different show in the back area with stage depending on the season. In other words, it was a true living, breathing mini-land that had energy pushed into it every few months. Not many areas in the park could the love that it did, so it was honestly one of the places that I would hang out the most, especially once Billy Hill and the Hillbillies started playing there. It was just so tucked away in the back of the park, that it was a nice little getaway from the crowds, especially during busy seasons. It’s funny that Big Thunder Ranch’s status as a getaway ended so drastically upon its closure January 11, 2016 as it transitioned into one of the most visited parts of the park in Star Wars: Galaxy’s Edge. I do enjoy Galaxy’s Edge, but I miss my little hideaway, so maybe with this revamping of Mickey’s Toontown coming, we’ll have another park type area to just take in the day and experience simple bliss in the same way that Big Thunder Ranch provided at its best. 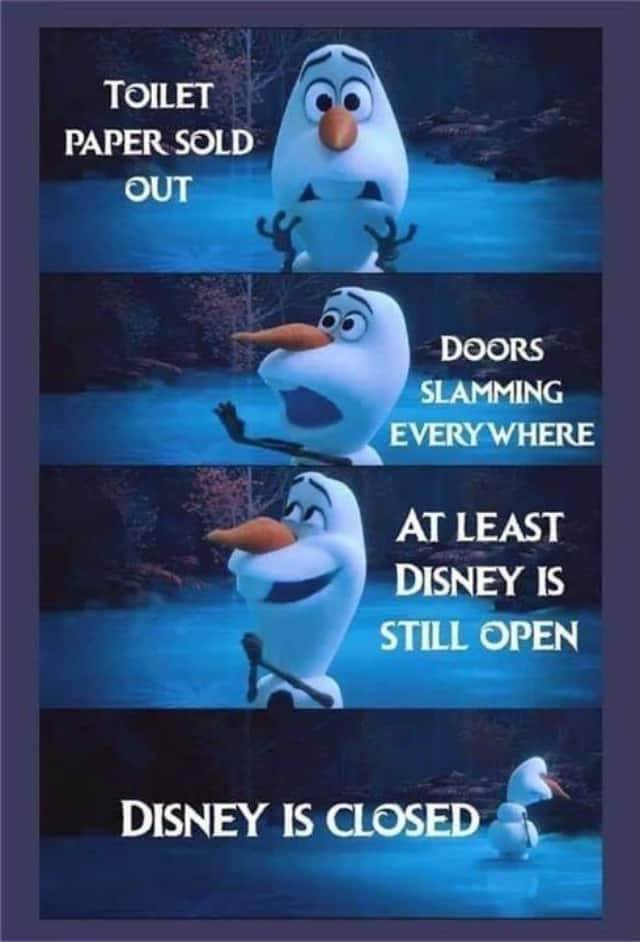