In 2012, Port Orleans Riverside transformed two buildings in Magnolia Bend, Oak Manor and Parterre Place into Royal Guest Rooms, adding more than just a nod to some classic Disney Animated Films. Now almost four years later I got a chance to visit one of these rooms and have to say I was impressed! With The Princess and the Frog being set in New Orleans, the beautiful mansion buildings of Port Orleans were the perfect choice to add the Royal themeing to. Starting on the grounds outside the buildings, between the flower color choices and banners, you are teased with what is in store for you once to you get to your room. Once in the door, it is almost a scavenger hunt to find references to different films ranging from Snow White all the way up to Tangled. But what stands out first is the beautiful bed with nicely detailed headboard and bed runner paying tribute to the Princess’s crowns. The room is set up just as a standard Disney room with a table and chairs, with the exception to the Royal welcome from Princess Tiana embedded in the table. Above the table are royal banners with silhouettes of the Princes (notice the incorrect label of ‘Prince Adam’ as we know from Keith Lapinig). Moving toward the dresser, we found our first tribute to some of the other characters from the films showcased in the room; of course, it would have to be Carpet. The dresser serves as the Swiss Army knife of the room with a mini fridge, a dresser, a TV stand, a storage for the coffee machine, and countless other options while being very ornate. 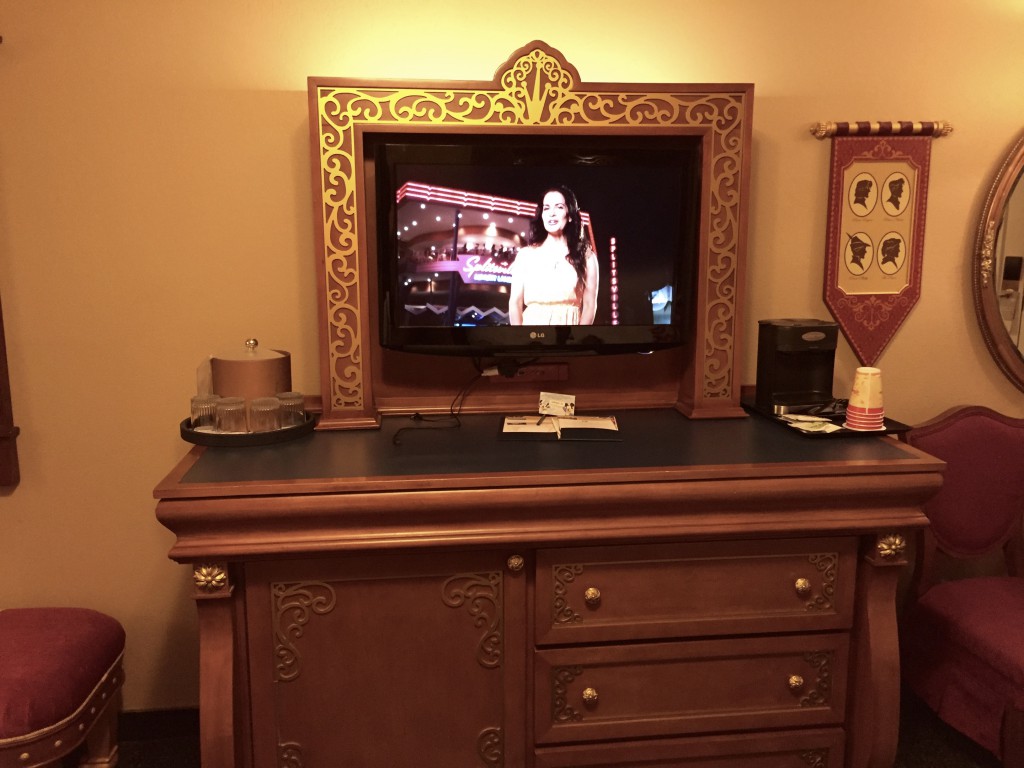 Continuing toward the bathroom, we have the Royal Portrait of our hostess in a frame that looks like seven dwarfs worked pretty hard at. Just beneath Princess Tiana, we have our second visitor: the footstool/pooch from Beauty and the Beast which makes nice sitting area outside of the sink area of the bathroom. The bathroom is, as with most Disney properties, separated into two rooms. The first is the Royal Washroom with a very unique (some would say “magic”) water faucet. The Royal Water Closet is just as it sounds, but it wouldn’t be a Disney room without a shower curtain themed to the most famous daughter of Triton, Ariel (if you look closely, you can also see a hidden Mickey). No Royal Guest Room would be complete without photos of some of the other Disney Princesses, of course. One of the most magical things about this room is the small touches you almost stumble upon such as the pumpkin carriage coat rack or the ceiling boarders with more of the “sidekicks” of some of the films. By far the crowning touch of the room was the “kiss goodnight” installed on the headboard. While some may call if fireworks, I like to think of it as the fireflies dancing.

To say this room is beautiful I feel would be an understatement. The detail and effort that went into making this a magical place is not lost at all. The Royal Guest Rooms are a bit more of a cost than a non-Royal room, but, between the beauty of the room and the fact it has two queen beds, the upgrade is worth it! 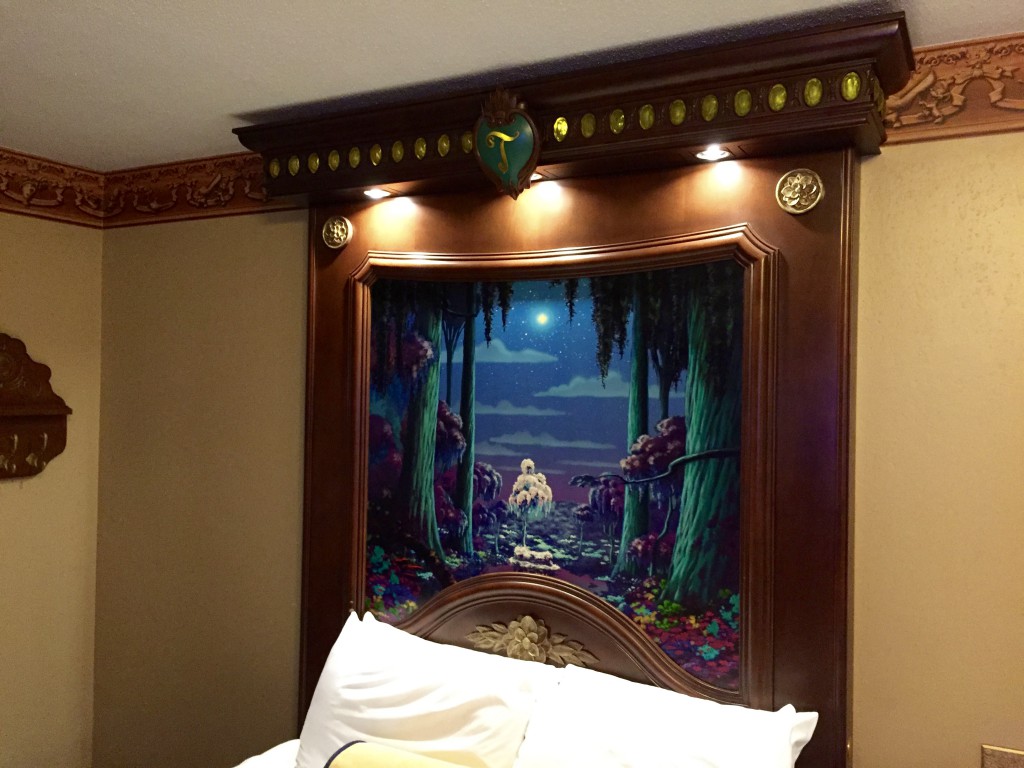