Star Wars: Rebels, the upcoming Disney XD series, keeps their rollout of the cast going with Zeb, the muscle of the spaceship Ghost.  Check out the video and concept are below as we head light-speed towards the one-hour premiere this fall. 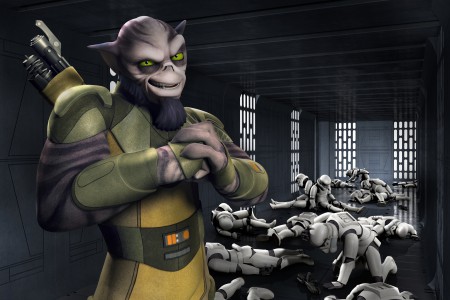 Every team needs a tough guy.  Introducing Zeb, the (smart) muscle of the Ghost crew from Lucasfilm’s upcoming animated series Star Wars Rebels.  He is revealed for the first time in this video, featuring concept art, clay sculpts, and final renderings of the character, in addition to creator interviews.


Zeb is a well-trained honor guard and is highly educated, according to executive producer Dave Filoni, which juxtaposes his brutish, alien appearance. He’s voiced by Steve Blum, who says, “He’s got a bit of a chip on his shoulder, hates Chopper and is starting to build a relationship with Ezra, begrudgingly.” 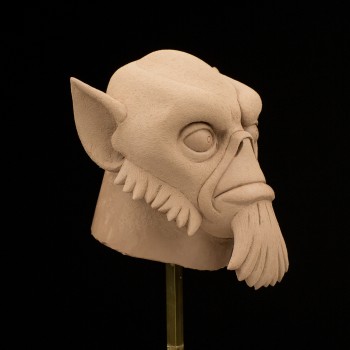 Zeb’s favorite pastime: beating up Stormtroopers, or bucket heads, as he’s heard calling them. He’s an agile fighter, using his hands, feet, and acrobatics. But there is more to Zeb than pounding Imperials. “It’s just going to be exciting to develop him and his bizarre new species,” says Filoni, “and to explain to the audience where he came from.”

Star Wars Rebels is scheduled to premiere in fall 2014 as a one-hour special telecast on Disney Channel and will be followed by a series on Disney XD channels around the world.