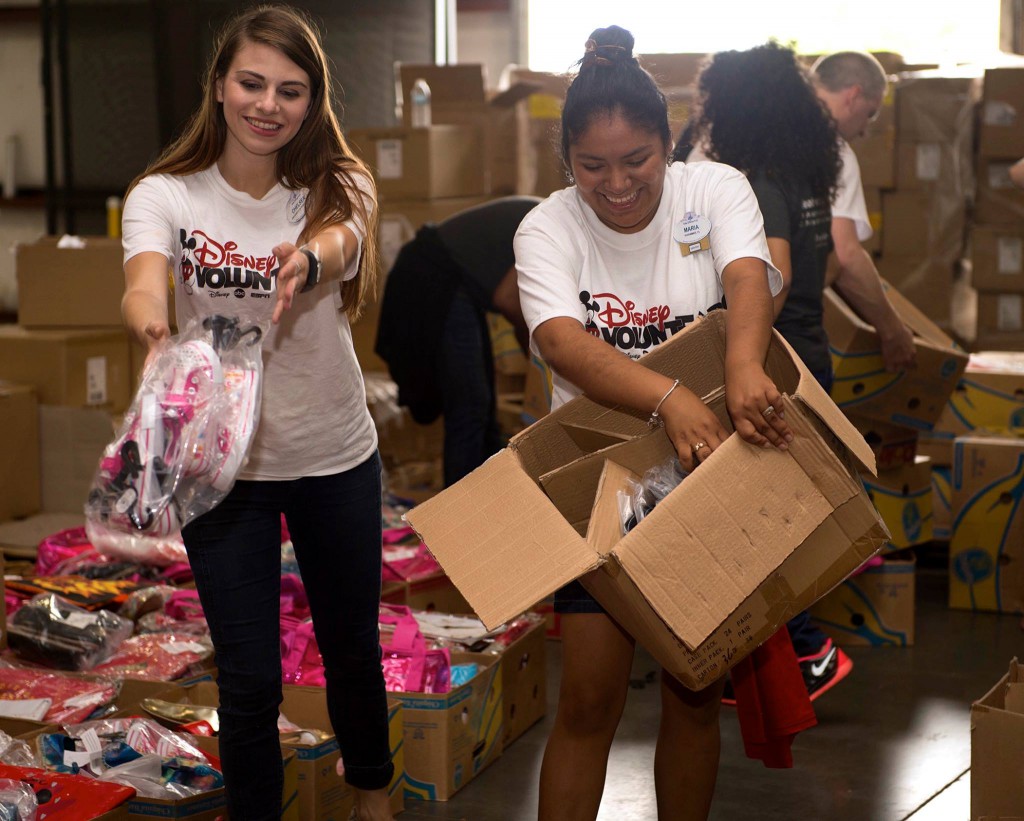 With summer just around the corner in Central Florida, Walt Disney World Resort recently helped spread a little sunshine for thousands of local foster children by donating nearly $400,000 worth of new, Disney-branded sunglasses, sandals, tote bags and other items to Community Based Care of Central Florida.

“For the Disney Cast Members who call Central Florida home, there is no greater joy than making a child happy,” said Nancy Gidusko, director of corporate citizenship for Walt Disney World Resort. “It is especially impactful when we bring joy to the lives of children who need a bit of magic and pixie dust.”

Disney’s donation is the largest one-time, in-kind gift ever received by Community Based Care. Just in time for National Volunteer Week, April 12-18, the loads of donations were delivered to Harvest Time International, where about 80 community members and Disney VoluntEARS gathered to sort and package the merchandise for children throughout Orange, Osceola and Seminole counties.

“What an unbelievable way to put a big smile on thousands of kids’ faces,” said Glen Casel, president and CEO of Community Based Care. “Being able to share that kind of happiness on such a large scale is a real blessing for our organization.”

Last year, the Company contributed $18,000 to Community Based Care from coins tossed into fountains, moats and wishing wells at Walt Disney World Resort. That gift is being used to help foster children continue their path toward independence after they turn 18. Disney also donates Duffy teddy bears as a gift to children during their final adoption ceremony, which takes place on National Adoption Day each November.