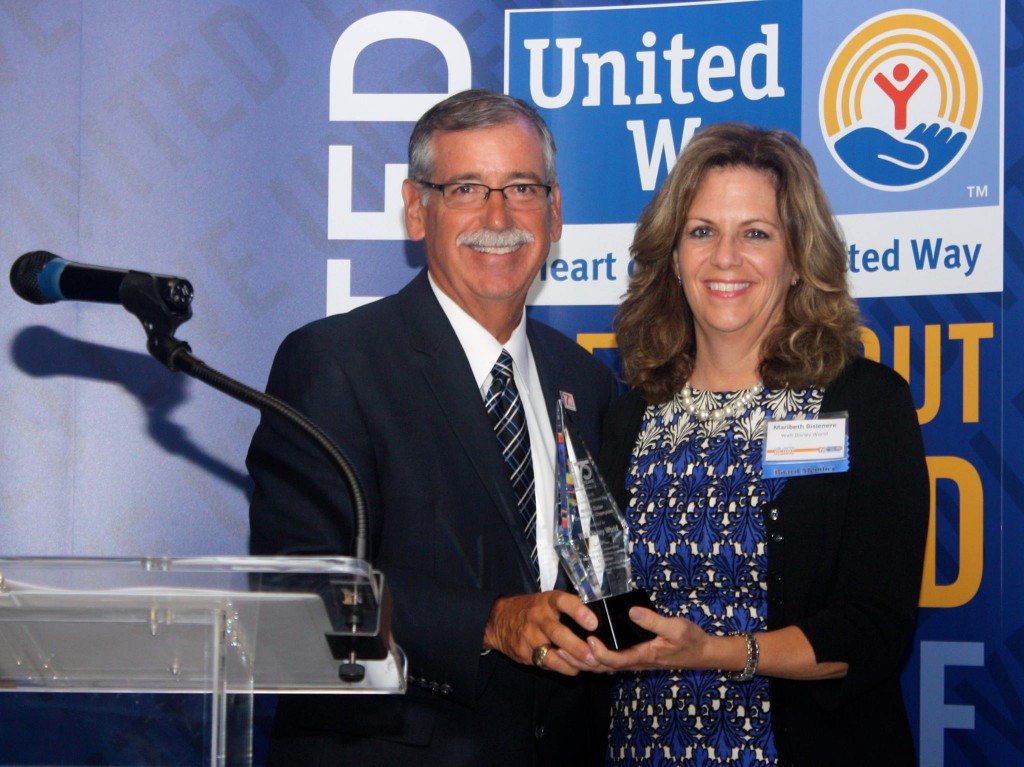 For more than 40 years, Disney Cast Members who live throughout Central Florida put their hearts into the annual Heart of Florida United Way (HFUW) campaign, supporting the organization and its work in their hometown communities. Their pledges were the catalyst for the Company’s $3.7 million contribution to HFUW, the second-highest donation to the organization in Walt Disney World Resort history.

At last week’s HFUW’s Diamond Celebration, which marked the conclusion of the organization’s 75th annual campaign, pledge totals were shared with the community and Disney was recognized with the group’s Million Dollar Community Champion Award.

“For more than 40 years, Walt Disney World Resort has been a top contributor to our annual campaigns, which make our wide array of community services possible,” said Robert H. (Bob) Brown, President and CEO of HFUW. “Through the decades, Disney Cast Members have been steadfast supporters of Heart of Florida United Way, helping us promote the strength, health and vibrancy of Central Florida.”

“Year after year, our Cast Members wholeheartedly support Heart of Florida United Way because they can see the impact of its important work in schools, healthcare facilities and neighborhoods throughout Central Florida,” said Bisienere. “With more than 700 Cast Members who served as advocates for this campaign, Disney remains committed to United Way’s mission and to helping strengthen local children and families.”