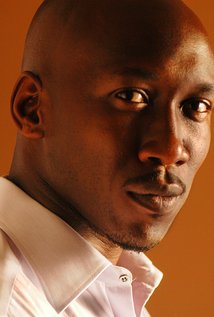 Marvel’s Luke Cage has cast Mahershala Ali as Cornell “Cottonmouth” Stokes. Ali has a variety of roles, but is perhaps best known for the role of Boggs in The Hunger Games: Mockingjay –Parts 1 & 2.

In the comics Cornell Cottonmouth ran what he claimed to be the most successful illegal drug trade in the nation. His hired muscle Mike and Ike were sent to procure Luke Cage; who was offered a position in the hierarchy of Cottonmouth’s organization because he felt they were kindred spirits.

Cage pretended to accept the job in order to get proof he was framed years earlier by his supposed friend, Willis Stryker, after Stryker hijacked one of Cottonmouth’s heroin shipments and planted the drugs on Cage. Cottonmouth’s assistant Mister Slick wanted Cage to prove his loyalty, so Cottonmouth had Cage retrieve drugs stolen from him a week earlier by Morgan’s mob. Once Cage returned with the goods, Cottonmouth had Slick show Cage their operation in detail. Unable to find any documentation that would prove his innocence, Cage phoned the police so they could collect the evidence to arrest Cottonmouth and hopefully clear his name. Cottonmouth discovered Cage’s betrayal and attacked him. During the fight, Slick interfered, was accidentally knocked out the window and was killed when he impacted the street. When Cage pressured Cottonmouth for any records concerning Stryker and the hijacked shipment, Cottonmouth told Cage that Slick was the only one who possessed knowledge of all his business dealings as Slick had a photographic memory. Enraged, Cage rendered Cottonmouth unconscious, and Cottonmouth was presumably incarcerated.

In the series Stokes is a Harlem nightclub owner who will become an unexpected foe in Luke’s life when Stokes’ criminal activities threaten Luke’s world.