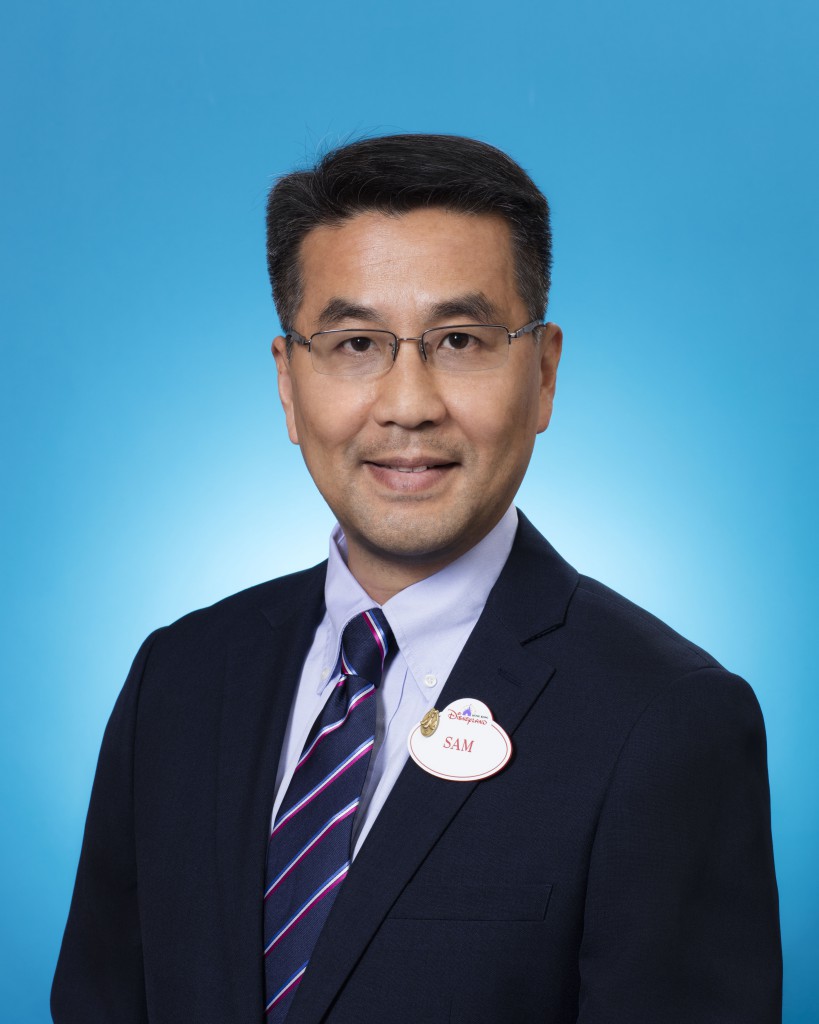 Disney announced today the appointment of Samuel Lau as Managing Director of Hong Kong Disneyland Resort.
Lau brings with him vast experience in master planning and integrated solutions for business growth within and outside of Disney to his new role. As managing director, he will be responsible for managing the daily operations of HKDL to deliver magical memories that last a lifetime to guests from different parts of the world, while driving business development.
Bill Ernest, President and Managing Director, Asia, Walt Disney Parks & Resorts, said that HKDL has firmly cemented its position as the region’s premier vacation destination during its first decade of operation and he believes Lau will build on the strong foundation to further grow the resort.
The upcoming brand-new offerings, which include the Star Wars special program this summer, the launch of the Iron Man Experience attraction in late 2016 and Disney Explorers Lodge in 2017, will add to HKDL’s range of diverse offerings at its uniquely-styled site sitting against the lush beauty of Lantau.
“We are excited about the business developments at HKDL. With his proven track record in driving business excellence, Sam will provide leadership for the continuous development of the resort, leveraging the opportunities of the new offerings based on strong Disney franchises,” said Ernest.
Lau will replace Andrew Kam, who resigned for personal reasons.
“We are grateful to Andrew for his leadership of HKDL over the past eight years,” Ernest said. Now celebrating its 10th anniversary, HKDL has significantly enhanced its attractions and entertainment offerings in the last few years.
Prior to the appointment, Lau was Vice President, Operations, of HKDL. His Disney career started in 2010, when he joined Walt Disney World Resort in Florida as Vice President, Transportation. He successfully led the team in safely delivering operational excellence while increasing the capacity of the transit system and introducing new technologies from the industry. In 2014, Lau became Vice President, Epcot, driving his team to achieve continued success on multiple fronts including overall enhancements to the park’s atmospheric entertainment and festival strategies. He then took the position of Vice President, New Program Development, Asia (Disneyland International) before joining HKDL.
Previous to joining Disney, Lau had over 20 years of experience in public service in the United States in the areas of planning, engineering, and the operations and maintenance of public transportation systems in cities and metropolitan areas.
Lau is a graduate of the Massachusetts Institute of Technology (MIT), where he holds an M.S. in civil engineering. Additionally, he has an M.A. in urban/city planning jointly done at the University of California, Los Angeles and the University of California, Berkeley, as well as a Bachelor of Arts degree from the University of California, Davis.
A Hong Kong native, Lau is married with two children
Read Related Articles