The View at WDW: Disney Name That Tune with Mandy Moore, Pandora Sneak Peek, and More

Tags: Avatar, Pandora: The World of Avatar, Tangled, Tangled: Before Ever After, Tangled: The Series, The View, Walt Disney World

The View‘s week at Disney’s Animal Kingdom may be winding down, but it’s not over yet. Thursday program featured more fun, including Disney princess Mandy Moore and a look at Pandora – the World of Avatar with James Cameron. Here are the highlights: 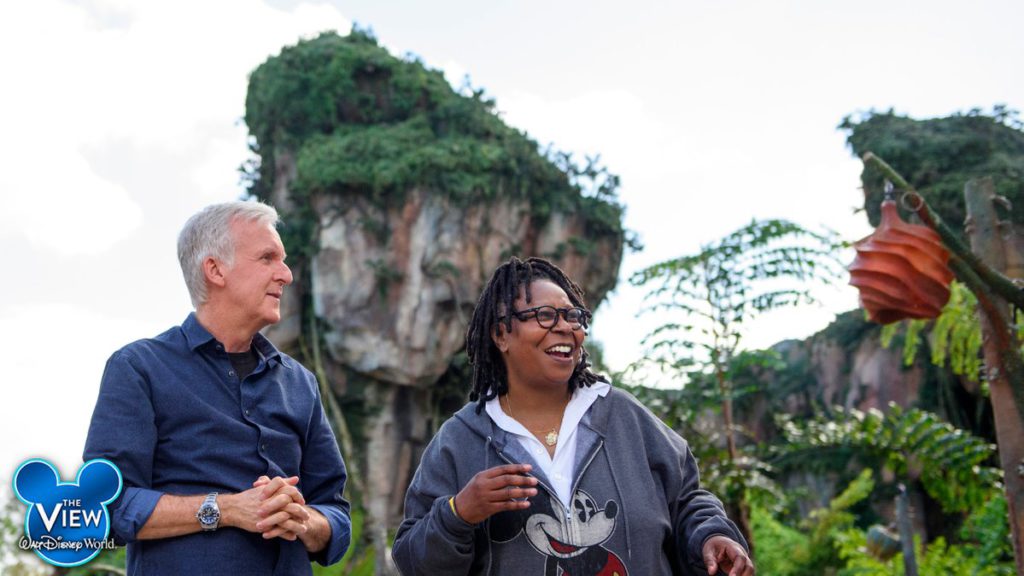 Whoopi Goldberg and James Cameron in Pandora – The World of Avatar

First up, star of NBC’s This is Us and the voice of Rapunzel, Mandy Moore, joined the show to talk about the upcoming Tangled Before Ever After and Tangled: The Series

Soon after that, Mandy joined two contestants from the audience for a round of Disney Name That Tune… including a moment where the actress forgot the lyrics to her own princess song:

Finally, Whoopi Goldberg got to tour Pandora – the World of Avatar with director James Cameron as part of a full day of sneak peeks airing on ABC today. She even got to ride the Na’vi River Journey, giving us some new glimpses of the attraction:

There’s still one more day to go so be sure to check back tomorrow for highlights of The View at Walt Disney World.