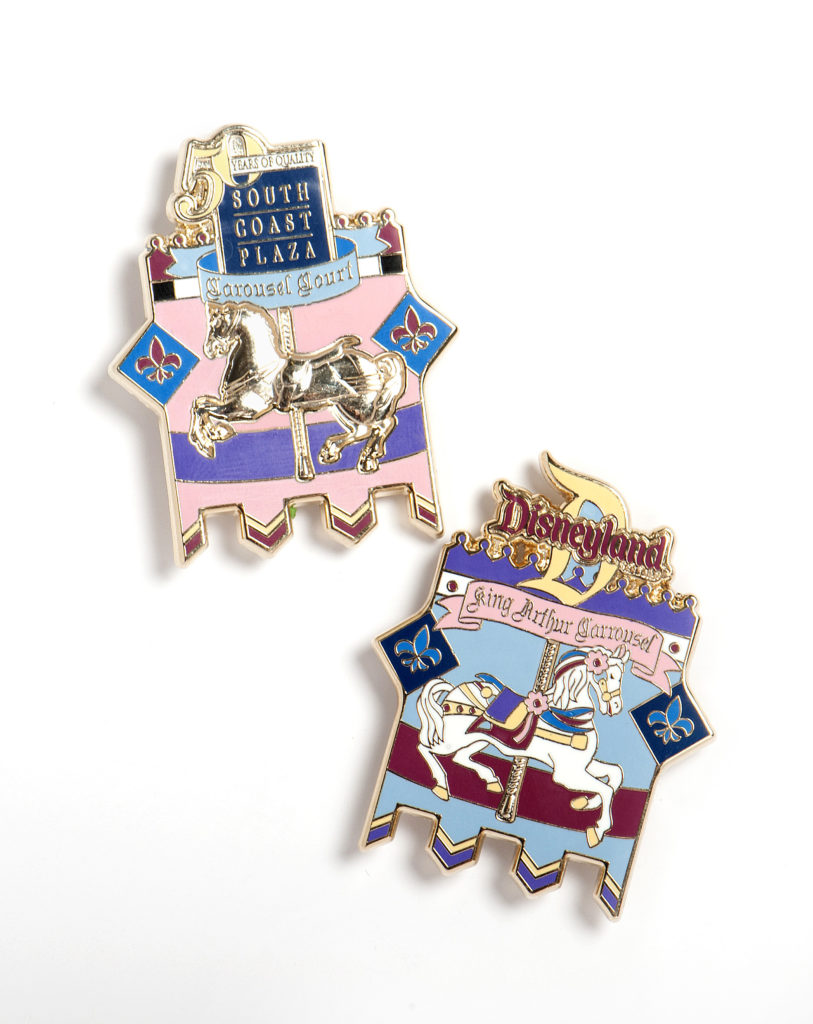 South Coast Plaza and the Disneyland Resort are celebrating South Coast Plaza’s 50th anniversary with a pair of limited edition collectible pins, each illustrating a carousel horse flanked by fleur-de-lis. The pins highlight the special partnership that the two Southern California destinations have enjoyed for decades. Only 500 pairs will be available exclusively at South Coast Plaza this summer.

“In 2005, South Coast Plaza partnered with the Disneyland Resort for a pair of carousel pins to mark Disneyland’s 50th anniversary. A dozen years later, it’s our turn to celebrate half a century. These new and exclusive carousel pins are a fitting way for our partnership to come full circle.”

Each pair of complimentary carousel pins is available with a minimum purchase of a two-day, one-park admission ticket to the Disneyland Resort at any of South Coast Plaza’s four concierge locations, while supplies last. A complimentary South Coast Plaza single-use valet parking pass also is included with a qualifying ticket purchase.

Carousels have been an important part of South Coast Plaza and the Disneyland Resort throughout their respective histories. The Disneyland Resort pin represents the popular King Arthur Carrousel, which has been in Fantasyland since Disneyland Park opened in 1955. When Walt Disney purchased the merry-go-round, it showcased horses and other animals such as giraffes and deer. Disney wanted everyone to ride a galloping horse like King Arthur, so additional antique horses were incorporated into the carousel.

More information on the collectible pins and qualifying Disneyland Resort ticket purchases can be found at southcoastplaza.com.