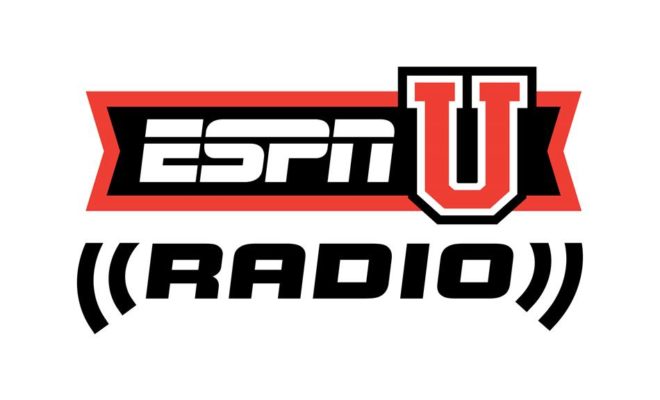 SiriusXM and ESPN are teaming up to deliver an exclusive 24/7 college sports channel, programmed by SiriusXM, that will give fans the most comprehensive and in-depth college sports coverage available. ESPNU Radio on SiriusXM (channel 84) will debut Thursday, Aug. 31, and will be available exclusively to SiriusXM subscribers via satellite radios, the SiriusXM app and on connected devices including smart TVs, Amazon Alexa devices and Sony PlayStation.

Throughout each week, ESPN’s college sports talent will join the channel to provide analysis and discuss the topics of the day. ESPN college football analyst Kirk Herbstreit and college basketball analyst Jay Bilas will appear weekly on ESPNU Radio on SiriusXM throughout their respective seasons.  Other high profile ESPN commentators and analysts will also be heard regularly on the channel.

The channel will now be the exclusive home for the first run of several ESPN college sports podcasts including those hosted by Kirk Herbstreit and Ian Fitzsimmons, Jay Bilas, Dan Dakich and Seth Greenberg.

ESPNU Radio on SiriusXM will also broadcast live on location from select College Gamedaydestinations, and  special events including the College Football Playoff Semifinals and National Championship.

“SiriusXM has been a strong partner with us for 16 years now,” said Traug Keller, senior vice president, ESPN Audio and Talent. “With this new extension, we look forward to continuing to bring our unique and diverse content to SiriusXM. The addition of ESPNU Radio to SiriusXM’s lineup will bring ESPNU’s signature perspective and the sounds of the game to a broader swath of fans.”

“With fans in all corners of the country eagerly anticipating the start of college football season, we are very excited to collaborate with ESPN to deliver those fans the country’s most comprehensive college sports audio channel,” said Scott Greenstein, SiriusXM’s President and Chief Content Officer.  “ESPNU Radio on SiriusXM showcases an extraordinary team of hosts and analysts from both SiriusXM and ESPN and fans can get it virtually anywhere – in the car, at home, or on the go.  This is an exciting expansion of our longstanding broadcast agreement, which continues to give our subscribers access to ESPN’s top notch array of programming and platforms on ESPN Radio, ESPN Xtra and now ESPNU Radio.”

ESPN and SiriusXM have signed a five-year extension of their comprehensive content distribution agreement.  SiriusXM subscribers will continue to hear the ESPN Radio and ESPN Deportes Radio channels, as well as the exclusive ESPN Xtra channel, which simulcasts several shows including First Take, the forthcoming show hosted by Mike Greenberg, The Paul Finebaum Show, the soon-to-debut program hosted by Bomani Jones and Pablo Torre, audio broadcasts of ESPN Films’ acclaimed 30 for 30 documentaries, 30 for 30 podcasts, SC Featured, and more.  The agreement also extends SiriusXM’s rights to broadcast a host of live sports events including the College Football Playoff and other college football bowl games,  the NBA regular season and NBA Finals, and more.