Animator, Imagineer, and Disney Legend Francis Xavier Atencio — better known simply as “X” — passed away yesterday, September 10th, 2017. He was 98. During his time at Disney, X helped put his stamp on beloved attractions like The Haunted Mansion and Pirates of the Caribbean as well as such films as Fanastia. He worked for the Walt Disney Company for 47 years, retiring in 1984. In 1996, X was honored as a Disney Legend. On a more personal note, X provided one of the first interviews Laughing Place ever published back in 1999 (conducted by John Frost, now of The Disney Blog). 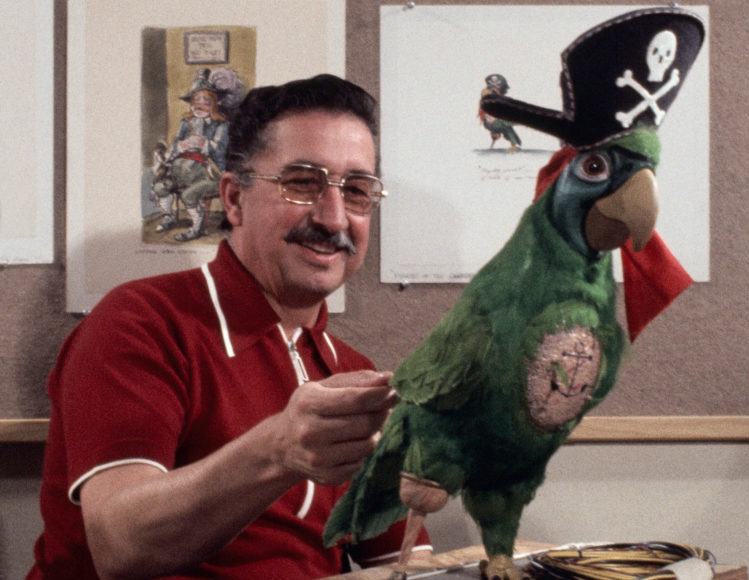 From his D23 Legends biography:

Walt Disney valued multi-talented artists like Xavier “X” Atencio, who helped animate Disney classics, including Fantasia, and later developed music for such Disneyland attractions as Pirates of the Caribbean. X once described the thrill of acknowledgment when, as a young artist, Walt first greeted him with a robust, “Hi ya’, X!” X recalled, “Walt was a father image. You felt good merely having been in the presence of his dynamic personality.”

Born in Walsenburg, Colorado, on September 4, 1919, X moved to Los Angeles in 1937 to attend Chouinard Art Institute. Instructors gently prodded the shy young artist to submit his portfolio to The Walt Disney Studios. He startled neighbors the next year when, running from the Company’s Hyperion Studio to his aunt’s house, he bolted past their homes shouting “I got a job at Disney!”

Within three years, X had been promoted to assistant animator on Fantasia. World War II sent him to England with the United States Army Air Forces, but he returned to the Studio in 1945 to work on animated short subjects. In 1953, he received his first screen credit for Toot, Whistle, Plunk and Boom, which won an Academy Award®. Other films he contributed to included Jack and Old Mac, as well as Oscar® nominees Noah’s Ark and A Symposium on Popular Songs. X helped animate titles and sequences for such Disney live-action films as The Parent Trap, Babes in Toyland, and Mary Poppins, and he contributed his artistic skill to the “I’m No Fool” series for the original Mickey Mouse Club television show.

In 1965, Walt asked X to stretch his talents by relocating to Walt Disney Imagineering, then called WED Enterprises, to assist in the creation of the Primeval World diorama for Disneyland. He went on to help develop dialogue and music for such attractions as Adventure Thru Inner Space, Haunted Mansion (for which he co-wrote the song “Grim Grinning Ghosts”), and Pirates of the Caribbean(for which he wrote “Yo Ho, Yo Ho, A Pirate’s Life for Me”).

Later, X contributed to the If You Had Wings and Space Mountain attractions in the Magic Kingdom at Walt Disney World, as well as the Spaceship Earth, World of Motion, and Mexico Pavilions for Epcot Center. In 1983, he made several trips to Tokyo Disneyland to supervise recordings for Haunted Mansion.