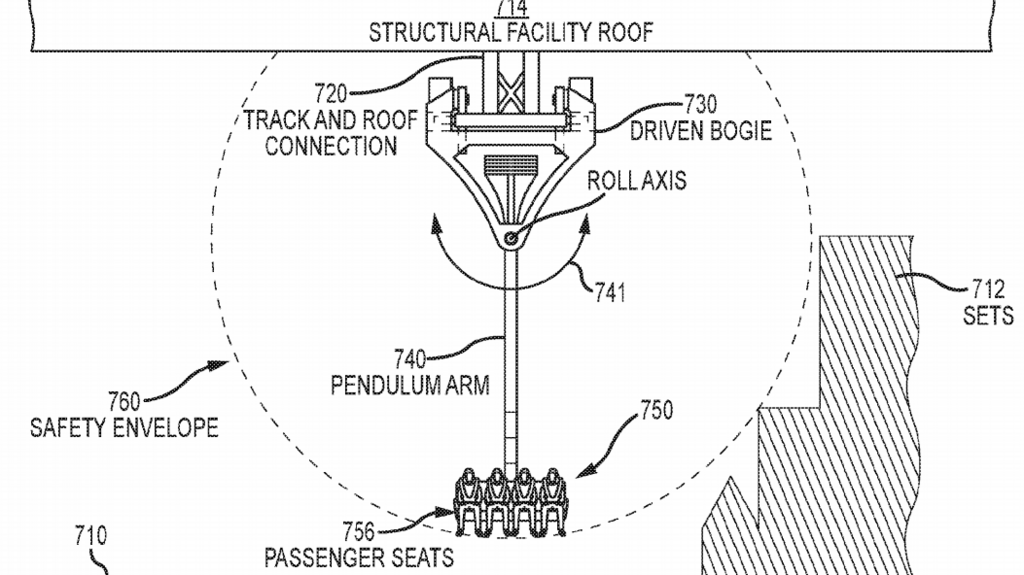 A new ride system patent filed by Disney could find guests standing in for the likes of Tarzan or even Spider-Man. As the Orlando Business Journal reports, Disney has filed a patent for a “Track-based Swing Ride with Long Arm Pendulum,” which as the name implies, would move a swinging pendulum along a track. That might sound terribly exciting but the description provided in the patent application may perk up your ears:

One goal in designing the ride system was to deliver an experience similar to what it would feel like to be with Tarzan or a similar character swinging between trees of a jungle on a vine or with Spider-Man or a similar character swinging on webs between buildings as you move down streets of a city. [The ride is] intended to have swinging sensation provided while also having forward travel along a ride path in a direction of travel and for the swinging sensation to feel thrilling and fun.

It should be noted that this is by no means any confirmation of a Spider-Man ride coming to a Disney park… but that would make a fair bit of sense considering the Marvel expansion that’s been teased for the Disneyland Resort. Meanwhile, Walt Disney World fans will surely know that, unless a major change takes place, a Spider-Man ride in that resort wouldn’t be possible as one already exists at nearby Universal Islands of Adventure. However, it’s also possible that these character examples are just red herrings.

Of course, like with other Disney patents, there’s also no guarantee the company will utilize this technology in the near future or ever. Still, it’s definitely an interesting concept and one with a few very obvious applications.