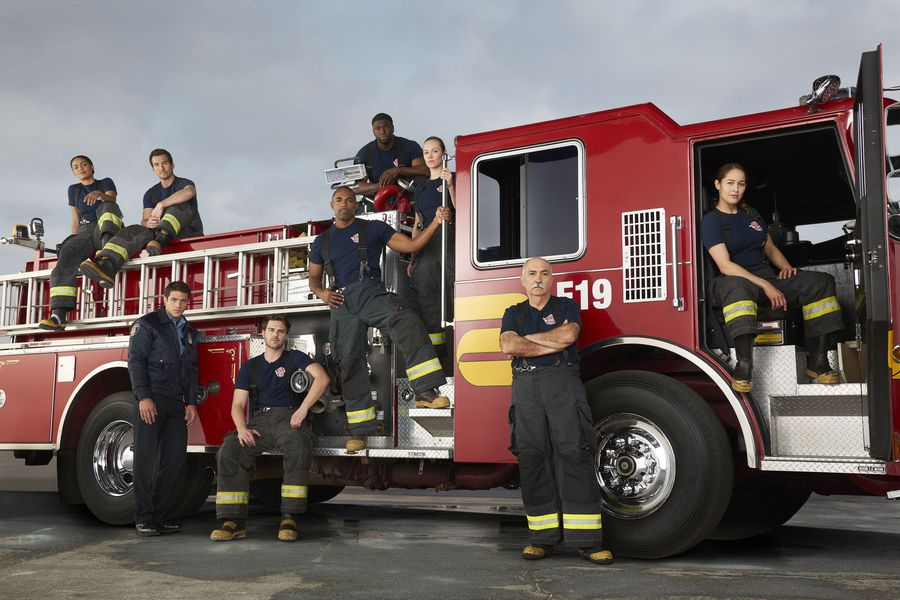 In what is likely the last “Shondaland” show to debut on ABC, Station 19 takes us into the fire department that has been frequently seen on mother-ship Grey’s Anatomy. These firefighters/EMTs build a Grey’s style ensemble that will inevitably go through all sorts of personal and professional trials and tribulations if the series continues for even a fraction of the length of Grey’s Anatomy.

In the pilot we are introduced to the cast of characters. First we have Andy Herrera (Jaina Lee Ortiz) who is the daughter of Captain Pruitt (Miguel Sandoval), while being strong firefighter in her own right. Captain Pruitt is also a mentor to  Jack Gibson (Grey Damon), the lieutenant at Station 19.  Herrera is more by-the-book while Gibson is more passionate. Of course there are several kinds of “tension” between the two of them.

Andy’s best friend is Maya Bishop (Danielle Savre) a competitive former Olympian. While Dean Miller (Okieriete Onaodowan) wants to be a hero, with all of the fringe benefits that label and uniform provide. 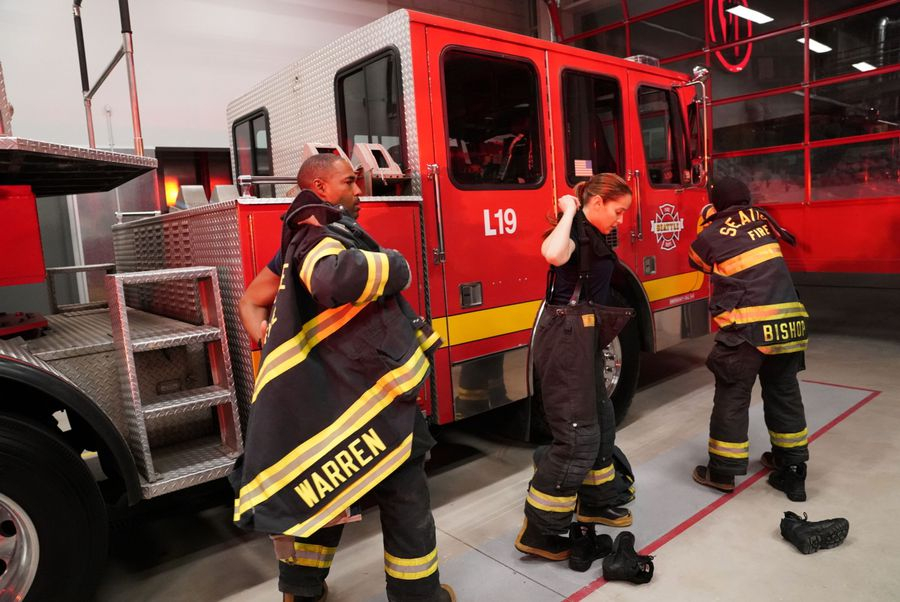 Travis Montgomery (Jay Hayden) wants to keep everything on the right track, despite other’s best efforts while Victoria “Vic” Hughes (Barrett Doss) is eager to prove herself as the baby of the group.

Finally we have Ben Warren (Jason George) who was a surgeon on Grey’s Anatomy, but is looking for a fresh start as a firefighter. He also provides the synergistic glue for the inevitable crossovers and stunts.

For those that want more Shondaland in their lives, Station 19  will meet their needs. It is a show filled with beautiful people having more than their fair share of drama while in a stressful setting. Unfortunately, it doesn’t do enough to stick out beyond “Grey’s Anatomy with Fire.” Quite frankly, the show could use more fire. The show will be given some time to find itself and I hope it finds its voice and begins to tip-toe away from formula.

With Shondaland heading to Netflix, we hope that she is able to spread her wings a bit more and find new ways to tell story. Despite it won’t be on ABC, we are still fans of her. She did write Princess Diaries 2: Royal Engagement after all.