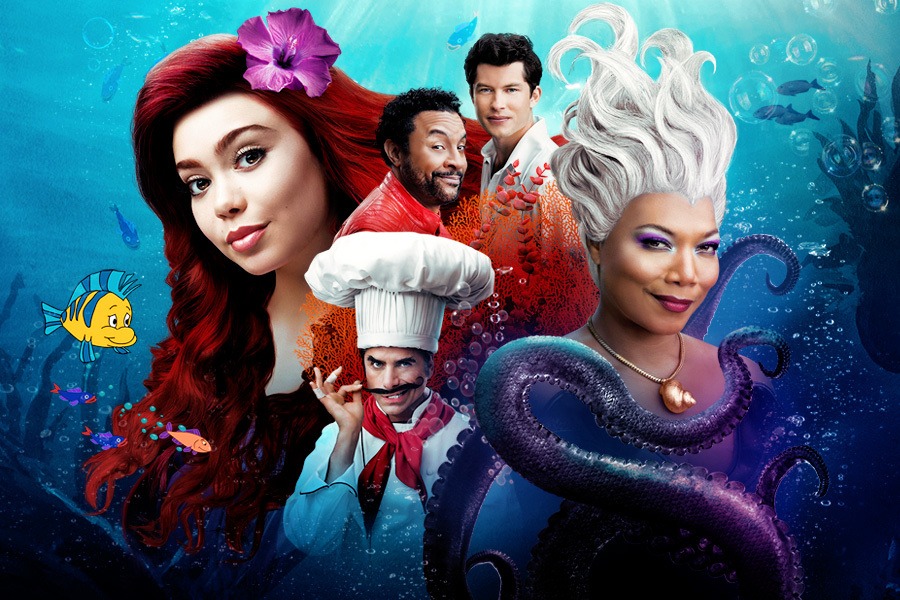 Earlier tonight on ABC, The Little Mermaid LIVE! took to the airwaves in quite a unique telecast that harkened back to the old days of The Wonderful World of Disney, combined with the newer trend (on other networks) of showcasing live broadcasts of Broadway musicals.

The result was a hybrid of a broadcast of a classic animated feature (like what could be seen on a Sunday night in the past), but with live performances of the musical numbers mixed in. Anybody who has seen “Voyage of The Little Mermaid” at Disney’s Hollywood Studios may have an idea of this, as the show was very reminiscent of this attraction.

Jodi Benson, The original voice of Ariel from The Little Mermaid, opened the show and welcomed viewers to the “Dive-In” theater, reminding us all that it has been over 30 years since the original film debuted in cinemas around the world.

The movie, and in this instance, the show opens with the song, “Fathoms Below.” This is where we meet Prince Eric (Graham Phillips) and his loyal dog Max, who is arguably one of the best parts of this program, in a rousing performance that gets the audience ready for what kind of performance this whole show is. It’s also in this number that we’re introduced to the live audience in attendance at the theater who, based on social media commentaries, are one of the low points of this unique broadcast as the rock-star level screaming and applause from the crowd is often overpowering throughout this and the remainder of the performances.

The cast included Auli’i Cravalho, known as the voice of Moana in Moana, as Ariel. Shaggy as Sebastian the Crab, John Stamos as Chef Louie, and Queen Latifah as Ursula. Social media response dictated that Queen Latifah stole the show, with her performance of “Poor Unfortunate Souls” recognized as the highlight of the performance. Shaggy performed both “Under The Sea” and “Kiss The Girl” and John Stamos performed “Les Poissons.”

Two songs not featured in the animated film, but in the Broadway version of The Little Mermaid were also included in tonight’s program. A solo song performed by Prince Eric, called “Her Voice” as well as a duet with Ariel, “If Only.”

All in all, the program was a unique offering and may prompt Disney/ABC to do this with other animated/Broadway titles in the future. Check out a selection of the performances from The Little Mermaid LIVE! below!