Elizabeth Banks demonstrates the dab for contestants on the next episode of Press Your Luck, premiering October 29th on ABC at 9/8c, and Laughing Place is proud to share this exclusive clip ahead of the next episode’s premiere.

In the new episode, titled “Let’s Get It!,” Elizabeth Banks guides three contestants through the Big Board as they try to avoid Whammy’s on their quest to earn big money and fabulous prizes. Contestants include Christopher Wagner (hometown: Dana Point, California), Cherie Mouton (hometown: Lancaster, California) and Larry Kligman (hometown: Northridge, California)..

Will one of these three contestants reach the grand prize of $1 million? You’ll have to tune in to find out. The next episode of Press Your Luck airs Thursday, October 29th, at 9/8c on ABC. It will be available on Hulu and on demand the next day.

Press Your Luck is produced by Fremantle. 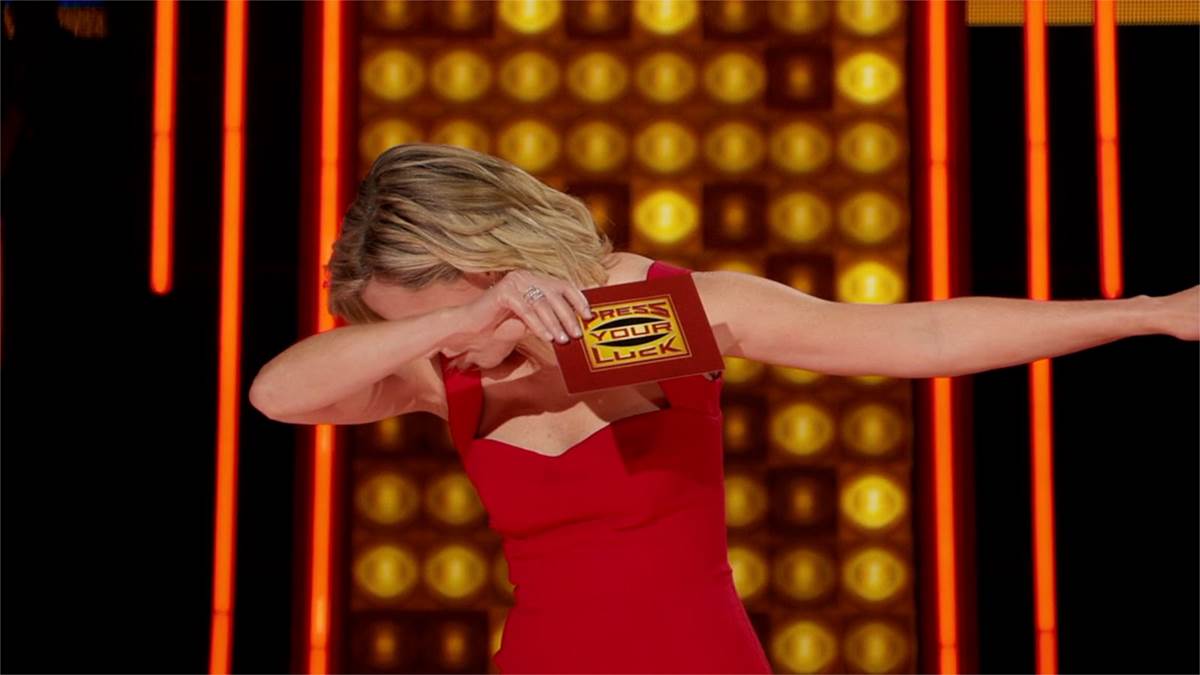