ESPN+ has teamed up with Bundesliga to present a virtual watch party for the Der Klassiker match on November 7th. Fans in the U.S. can sign up for free to be part of the Zoom watch party which will also include a halftime show and interviews with legendary soccer stars. 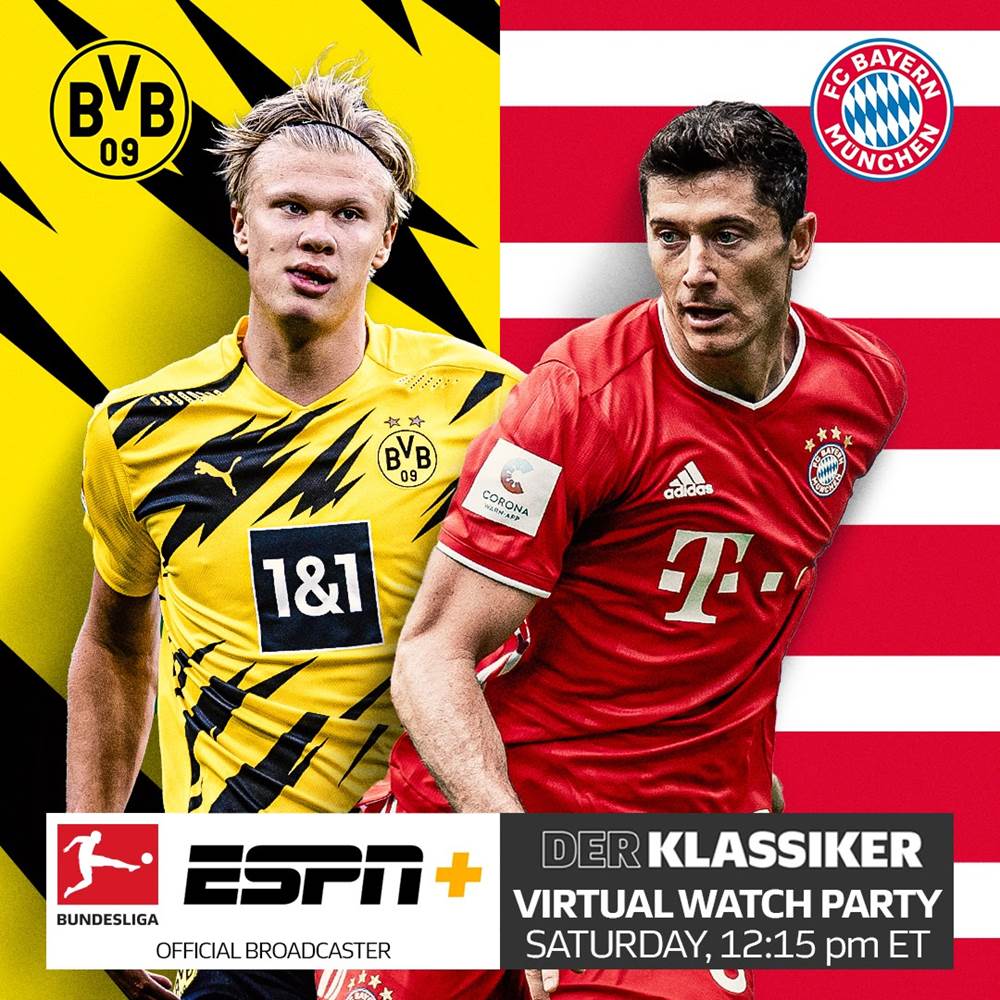