With WandaVision now in the rearview mirror, Marvel fans are looking forward to the next Marvel Studios series coming to Disney+. The Falcon and the Winter Soldier will debut next week and the first reactions to the show’s first episode have just hit social media. 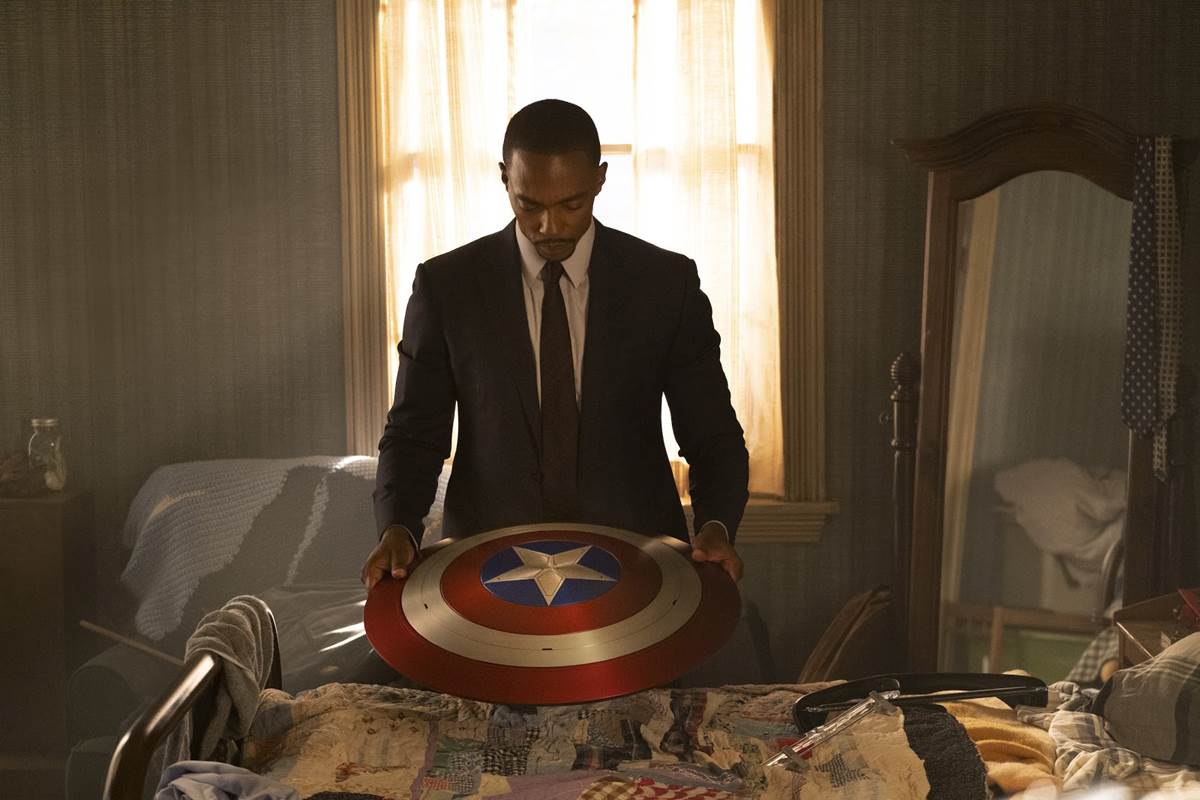 Of course, we’ll start off with our own reaction. Mack watched the first episode and has some high expectations for the next five.

The first episode of Marvel’s #FalconAndWinterSoldier sets the tone for an action-packed closer look at two of the MCU’s most dynamic characters, without revealing too much of the story. pic.twitter.com/J0rINqtTrS

Grace Randolph of “Beyond the Trailer” points out the political nature of the new show.

Got to watch #FalconAndWinterSoldier
Episode 1 – about 40 min long!

Great to see the focus on Sam & Bucky who are both excellent.

Lots of Action,
Political Thriller
more political than #Marvel’s ever been.

ComicBook.com writer Brandon Davis praises the world building and references to the rest of the Marvel Cinematic Universe.

#TheFalconAndTheWinterSoldier has some really touching ties to the MCU and those are some of my favorite parts of Episode 1.

References to other characters, questions about the Avengers, the world's view of Endgame storylines… some small-scale, fun MCU world building. pic.twitter.com/EBIMYssqdO

Collider’s Steven Weintraub likes that the show focuses in on Bucky and Sam dealing with “post-blip life” and not just the action we know these characters can deliver.

The first episode of #TheFalconAndWinterSoldier is loaded with action that you’d expect to see in an MCU movie. But for me the best stuff were the quiet scenes that showed Bucky dealing with his past and Falcon trying to figure out his post-blip life. Big thumbs up. pic.twitter.com/LZeM45Eovf

Brittani Tuttle of Attractions Magazine points out that The Falcon and the Winter Soldier gets back to what people expect to see from Marvel Studios.

Best way I can describe #TheFalconAndTheWinterSoldier ? It’s straight-up, no BS Marvel. It’s exactly what you expect from the movies, except now on your TV. Looking forward to seeing where they take [REDACTED] and how that will affect the duo going forward.

Comic Book Resources' Meagan Damore celebrates the fact that this first episode focuses on the characters as opposed to the big action, though there is some of that as well.

With #WandaVision and now #FalconAndWinterSoldier, Marvel's Disney+ projects are delivering the MCU stories I've been looking for: quieter, character-centric pieces that flesh out the title character, while peppering in some of that classic Marvel action.

On the other hand, Charles Murphy, of Murphy’s Multiverse, praises that big action while still enjoying the smaller character moments.

Everyone is going to come into #FalconAndWinterSoldier expecting big, visceral action and the first episode delivers on that expectation. It also delivered a couple of character moments that gave me chills.

Discussing Film talks about the balance of action and character moments that give the audience even more reasons to love Bucky and Sam.

The episode delivers brilliant action sequences that rival the movies and establishes an intriguing narrative.

The Playlist highlighted the very real world problems this show features, comparing it to shows like Homeland and The Americans.

#TheFalconAndTheWinterSoldier: Only 1ep was shared w/ press, but v promising so far. Seemingly like The Americans or Homeland meets real-world Winter Soldier tone. Emotional cost & consequences, guilt, struggle w/ identity and legacy, and even notions of being black in America.

And finally, writer/director Ben Mekler called the show “hilarious” but also has some questions about the show… and seemingly about how television works in general.

Blown away by #TheFalconAndTheWinterSoldier. The action is HUGE, and the banter is hilarious. More questions than answers so far, like where do the characters go when they aren’t on screen and if I turn off my TV do they just go to sleep? But overall Phase 4 is shaping up nicely

You can share your own reactions to Marvel’s The Falcon and the Winter Soldier when the first episode of the new series debuts on Disney+ next Friday, March 19.