Along with the details released about the new Star Wars: Galactic Starcruiser experience coming to the Walt Disney World Resort, it was announced that a model of the Halcyon starcruiser would be on display over at Disney’s Hollywood Studios for Guests to check out. Jeremiah did just that and we have some photos to share! 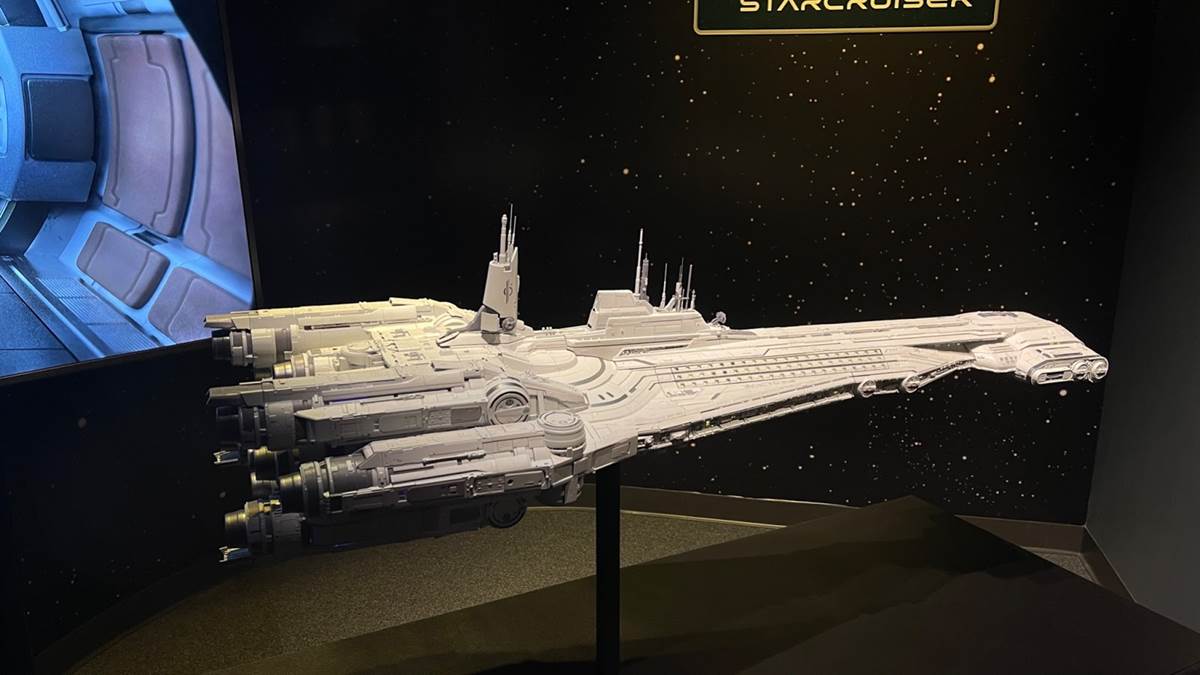 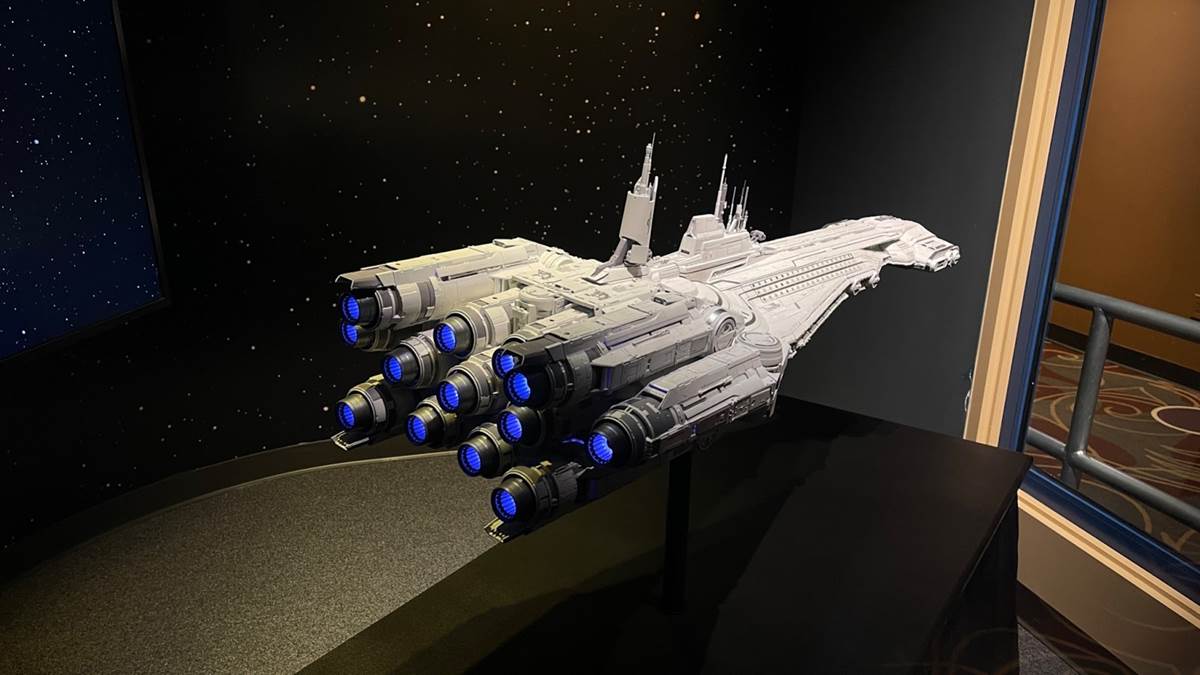 The model is on display for a limited time over at Walt Disney Presents, showcasing the Halcyon starcruiser Guests will board when the two-night, all-immersive adventure begins in 2022.

Once Guests check-in, they will enter a Launch Pod to begin their Star Wars adventure. Through windows above, they’ll see themselves leave their world behind as they jump into hyperspace and draw closer and closer to the massive and magnificent Halcyon starcruiser. 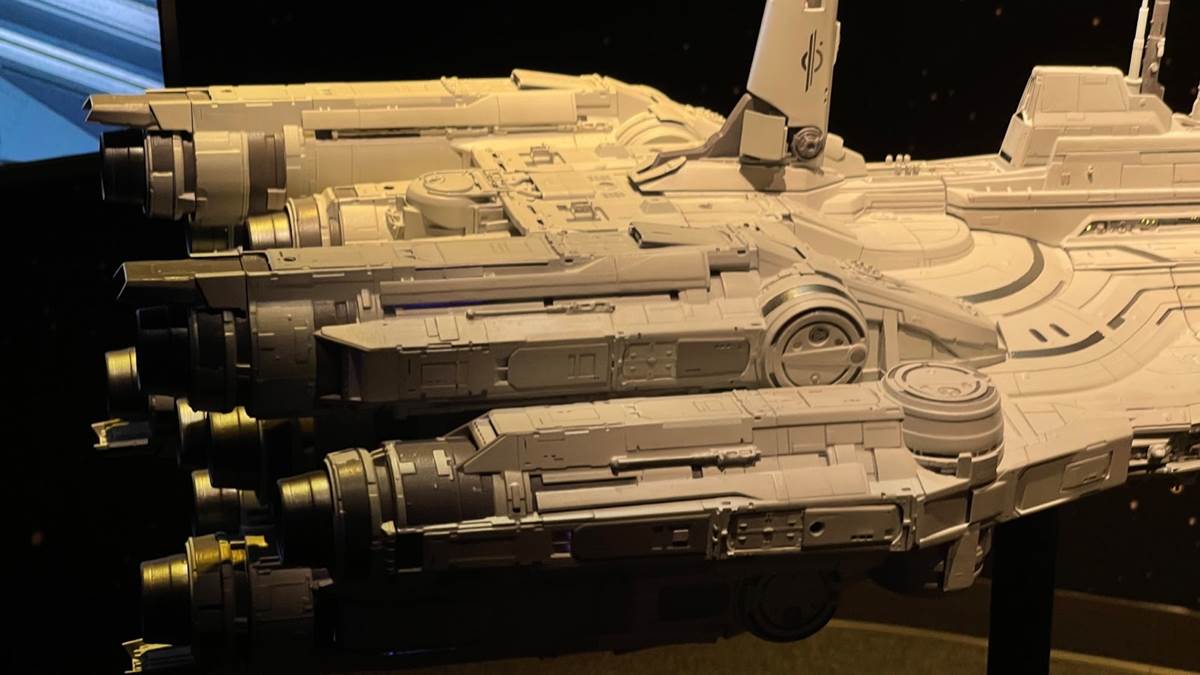 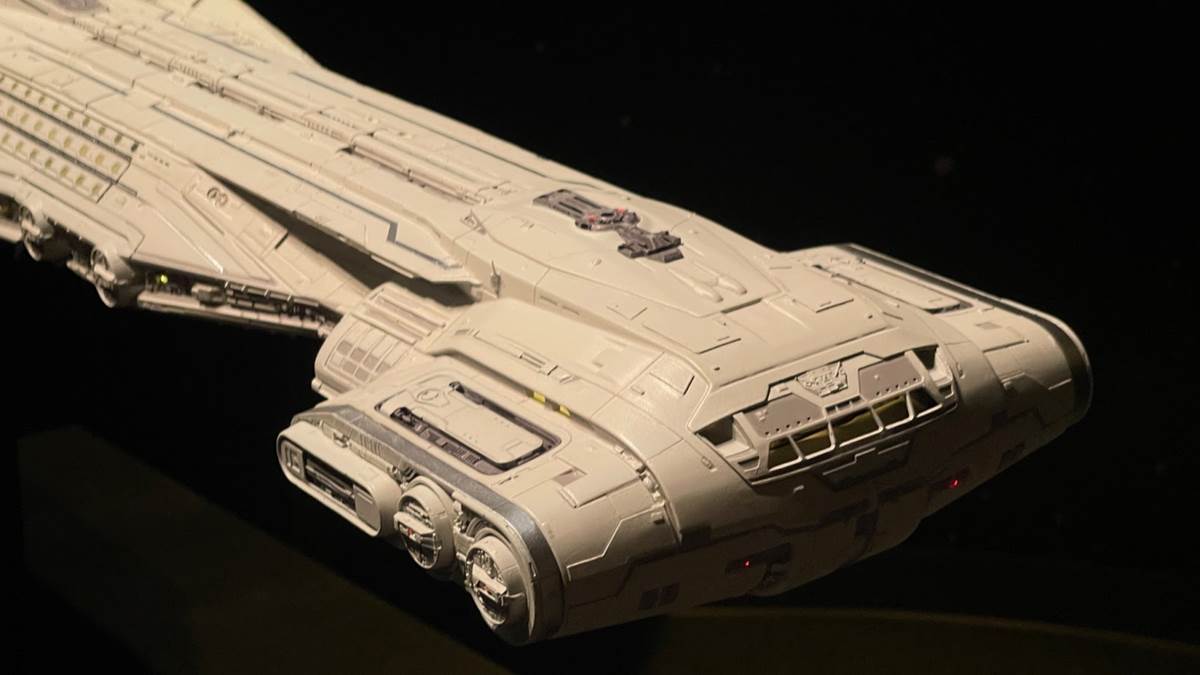 Star Wars: Galactic Starcruiser invites Guests into a new kind of “storyliving” as they travel the galaxy in style aboard the glamorous Halcyon starcruiser, known for its impeccable service and exotic destinations. 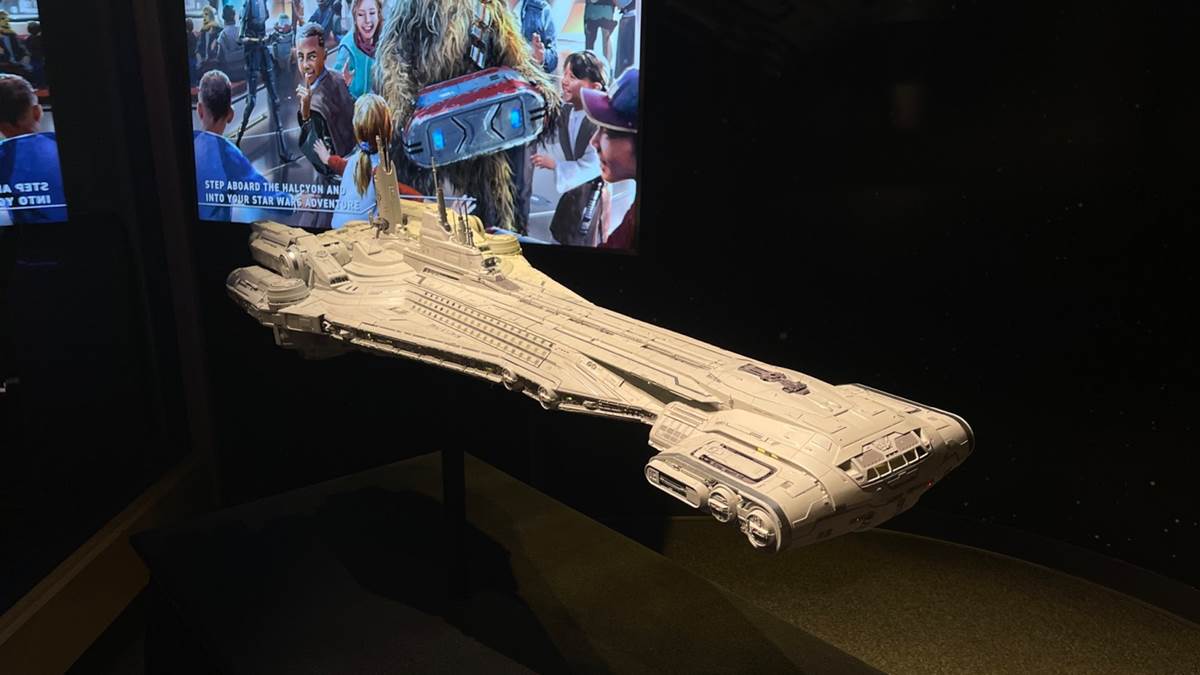 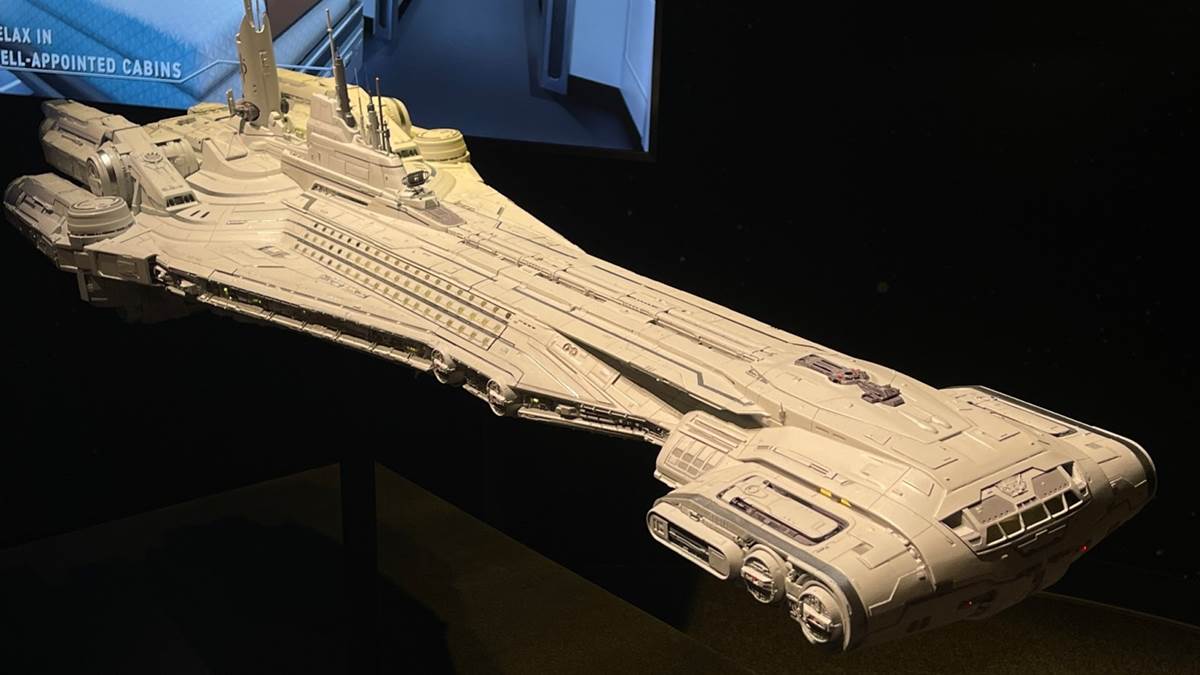 Throughout the journey, Guests’ choices will determine their personal adventures by interacting with characters, crew, and other passengers they meet as they become part of the action and the broader Star Wars saga. Decisions guests make will determine how their individual stories unfold as they seize control of their destinies – and potentially impact the fate of the galaxy. Every window in the Halcyon starcruiser – including those in each cabin – has a view of the galaxy beyond, with ever-changing vistas as the ship progresses from destination to destination.

You can learn more about Star Wars: Galactic Starcruiser in our detailed preview. If you can’t wait to start your own adventure, make sure to stay tuned when reservations start opening up as the experience will start in 2022.