Kenneth Moton and Andrew Dymburt have been named to new roles at ABC News. ABC News executive Galen Gordon shared the announcement in note to staff highlighting their experiences since joining the network. 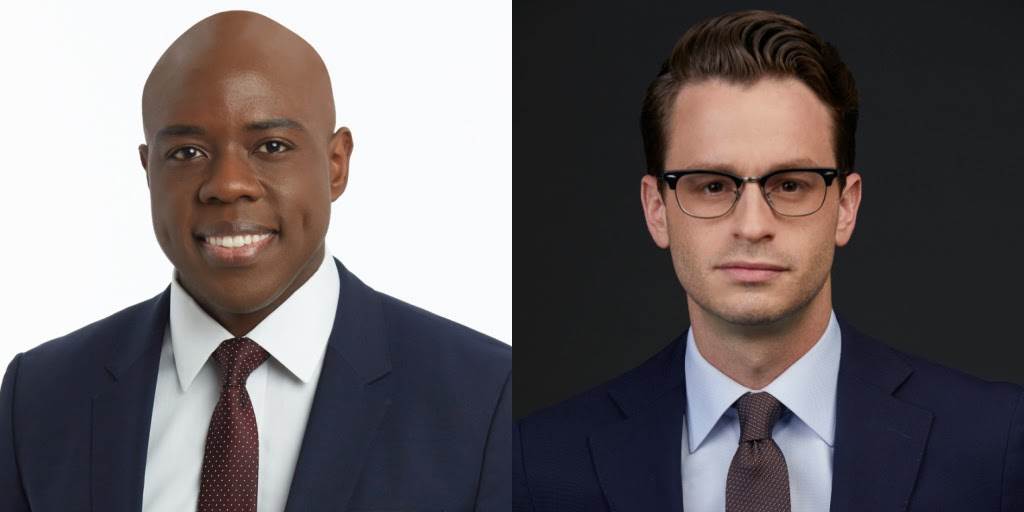 I am excited to announce that Kenneth Moton is returning to the D.C. Bureau as a correspondent and Andrew Dymburt has been named co-anchor of World News Now and America This Morning.

Kenneth is a talented journalist and an exceptional storyteller. His move to D.C. is a return home as he started his impressive ABC News career there in 2015 as a Multi-Platform Reporter where he quickly jumped into covering politics including the 2016 presidential election. Before that, he was a reporter at WPVI in Philadelphia. Named co-anchor of World News Now and America This Morning in 2019, Kenneth led overnight coverage with Janai Norman and then Mona Kosar Abdi through countless major news stories including, the deadly mass shooting at an Indianapolis FedEx facility, President Trump testing positive for COVID-19 and the 2020 presidential election. Throughout the pandemic Kenneth, Mona and the team worked tirelessly to keep their audience informed on the global health crisis while also bringing much needed moments of levity. Kenneth’s curiosity and passion for reporting has taken him beyond the anchor desk covering major stories including, the insurrection at the U.S. Capitol and the Derek Chauvin murder trial in Minneapolis. I’m excited for Kenneth to bring his talents back to the D.C. Bureau.

Andrew joined ABC News just last year as a Multi-Platform Reporter based i​n Washington, D.C. In that short time he has covered the pandemic, the Capitol riot, the first 100 days of the Biden administration and the 2020 presidential election. Before joining ABC News, Andrew covered breaking news and politics in South Florida at WSVN-7. In this role he reported on the March for Our Lives movement, Ron DeSantis’ rise to governor during the 2018 gubernatorial race, and even traveled by boat to the Bahamas to cover the devastation of Hurricane Dorian. I look forward to watching as Andrew brings his passion for covering politics to our overnight coverage.

I want to thank Kenneth, Mona, Ken Kneeland and the overnight teams for their hard work and phenomenal reporting this past year. The programs are stronger than ever. ATM ranks #1 across the board for the 20th year in a row and WNN is #1 in Adults 25-54 for the 9thconsecutive year.

Please join me in congratulating Kenneth and Andrew on their new roles.