ESPN will have comprehensive coverage of the 2021 NFL Schedule release on May 12 with three primetime specials beginning at 8:00 pm ET. 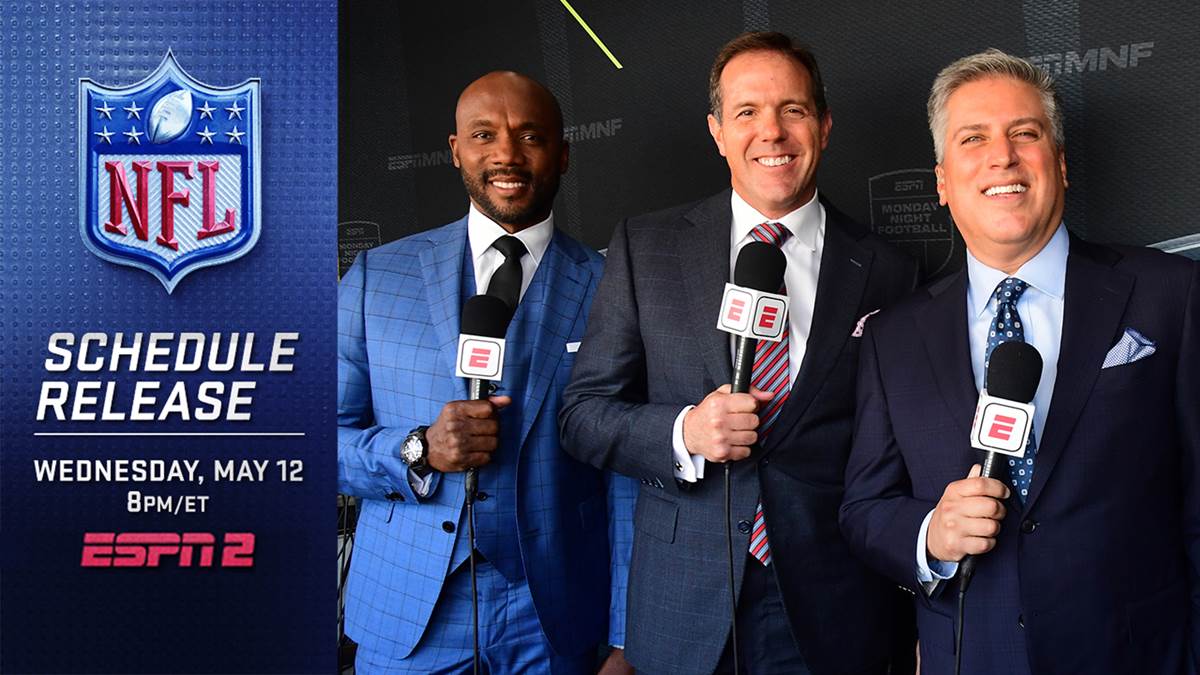