Countdown to Avengers Campus: Ant-Man and the Wasp

As we get closer and closer to the opening of Avengers Campus at Disney California Adventure, we continue our look at some of the Marvelous details that will be found in the new land. Avengers Campus will be crawling with some of your favorite characters (pun intended). That includes the first ever opportunity guests will have to meet Ant-Man and the Wasp. Scott Lang was a burglar until he burgled the wrong man. Or maybe it was the right one, depending on how you look at it. Once he came in contact with Hanky Pym and Hope van Dyne, his life changed forever. Using Pym’s technology, Lang became the second Ant-Man and saved the world from from another tech mogul who wanted to sell Pym’s discoveries to the highest bidder for military purposes.

Lang then came to the aid of Captain America in a fight against Tony Stark and other Avengers in Germany. For his troubles, Lang wound up locked up in the Raft before being sprung by Cap. Eager to get back on the right side of the law and do right by his daughter, Cassie, Lang agreed to turn himself in and serve out his sentence under house arrest.

Things were going according to his plan until Hank and Hope roped him back in to help them locate Jan van Dyne, who had spent the last few decades trapped in the quantum realm. A ghost from Hank’s past complicated things a bit, but they eventually managed to save Jan. Then, while Scott was in the quantum realm gathering energy for a new friend, something went horribly wrong and Hank, Jan and Hope all vanished, leaving Scott trapped.

Scott remained in the quantum realm for five years. But that’s just it, for him it was five hours. When he returned, he brought that time-bending information to Captain America and Black Widow who then convinced Tony Stark to build a, for lack of a better term, time machine. The Avengers then used that time machine to collect the Infinity Stones, set things back to the way they were and defeat Thanos. Soon, guests will be able to meet these two heroes in Avengers Campus and come face to face with two of the world-saving Avengers. Of course, these are far from the only two heroes guests will see there. The Avengers will assemble in this new land and guests will get to live out their very own Marvel adventure. 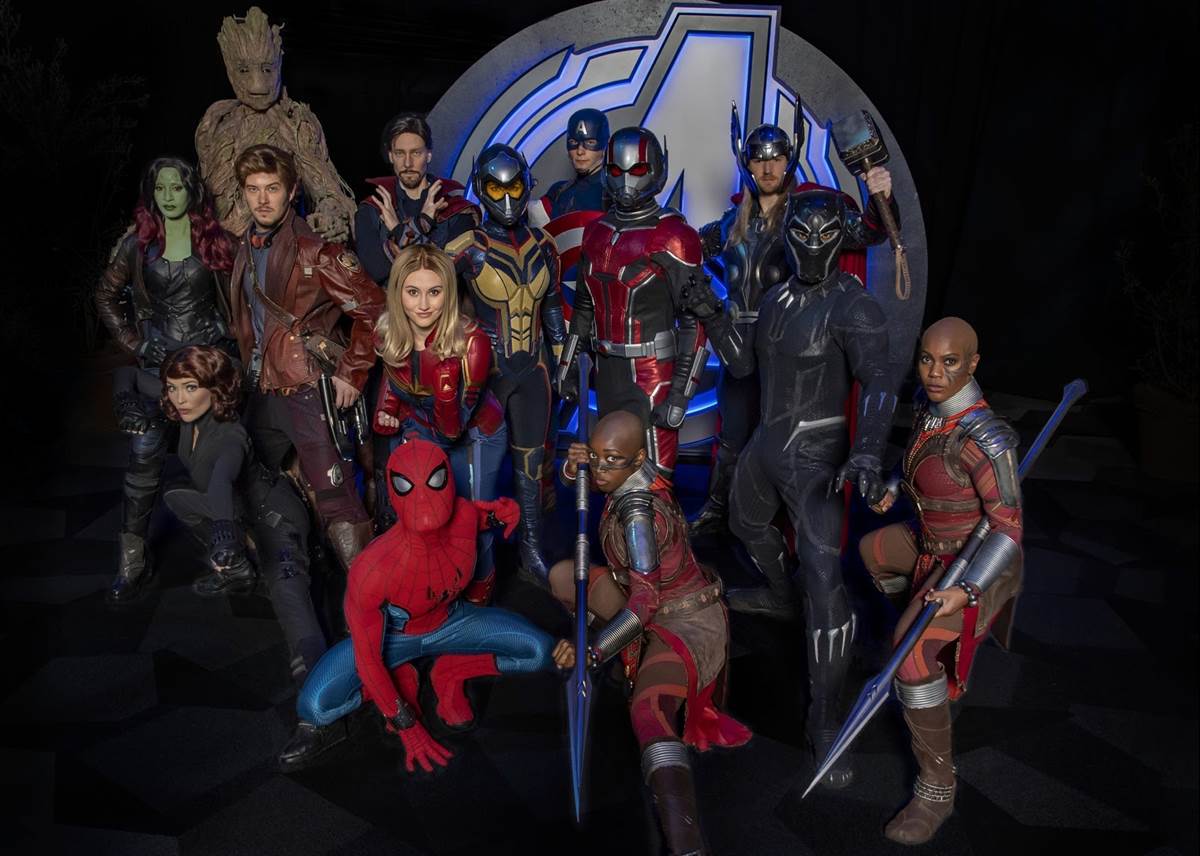