Sports Business Journal has announced their 2021 awards and among the winners are ESPN and ESPN Wide World of Sports at Walt Disney World. 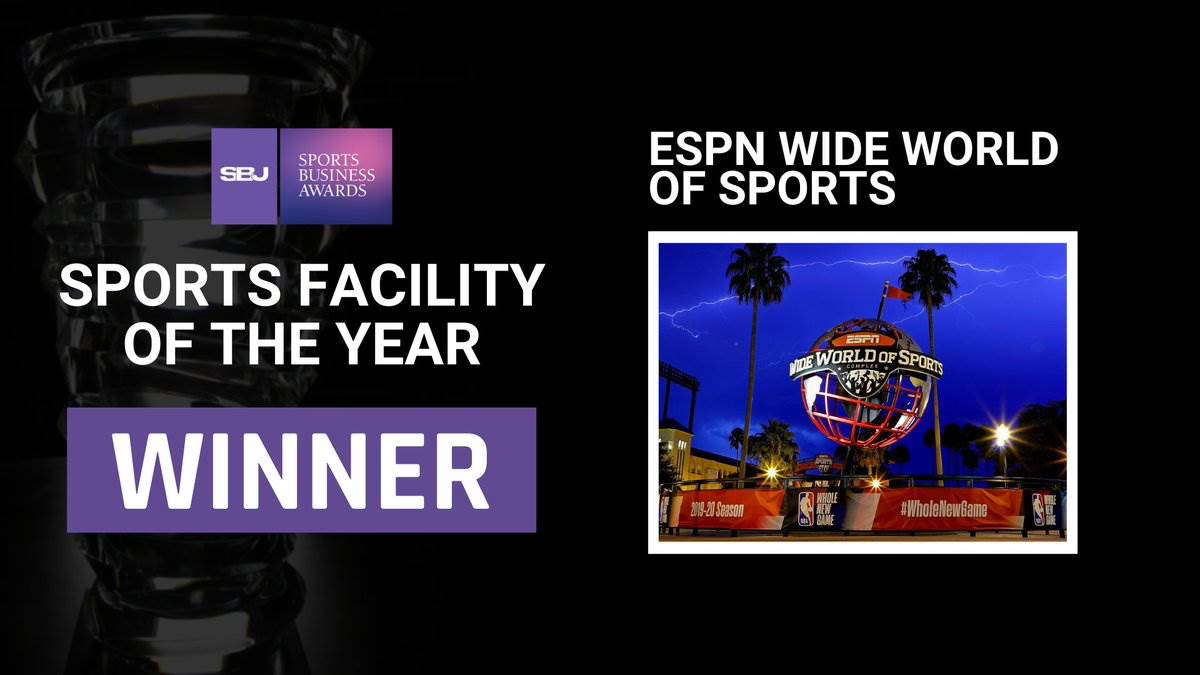 A big chEAR to the past yEAR 🎉 #ESPNatDisney is honored to be named @SBJSBD's Sports Facility of the Year! A big thank you to all the Cast Members and Crew who have brought our events to life. https://t.co/tdQgJE6tH9

Sports Facility of the Year: ESPN Wide World of Sports