ESPN has sent a letter responding to the Big 12 Conference after allegations of the network trying to damage the league surfaced. 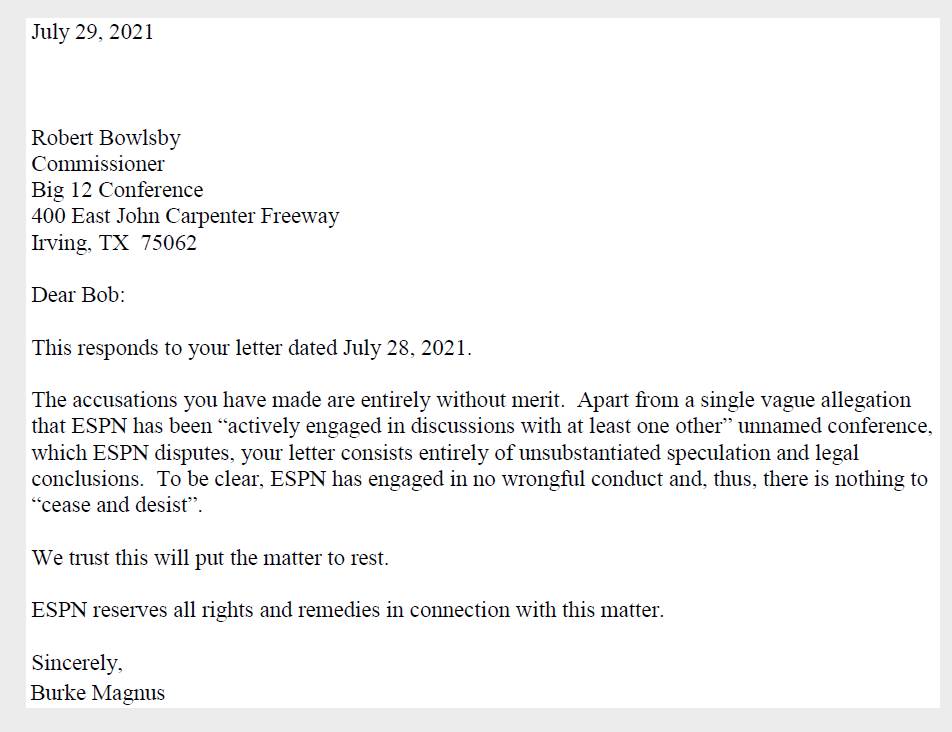 The accusations you have made are entirely without merit. Apart from a single vague allegation that ESPN has been “actively engaged in discussions with at least one other” unnamed conference, which ESPN disputes, your letter consists entirely of unsubstantiated speculation and legal conclusions. To be clear, ESPN has engaged in no wrongful conduct and, thus, there is nothing to “cease and desist.”

We trust this will put the matter to rest.

ESPN reserves all rights and remedies in connection with this matter.