We’re just a week away from the start of Halloween Horror Nights at Universal Studios Florida. While we’re all excited for the return of the event, it does appear there will be at least one change to this year’s frights. Universal will use clear vinyl to separate guests from scareactors in their haunted houses, according to the Orlando Sentinel. 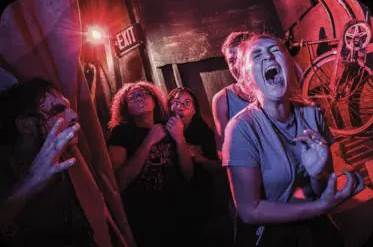 Halloween Horror Nights begins on Friday, September 3 and will run on select nights through October 31.