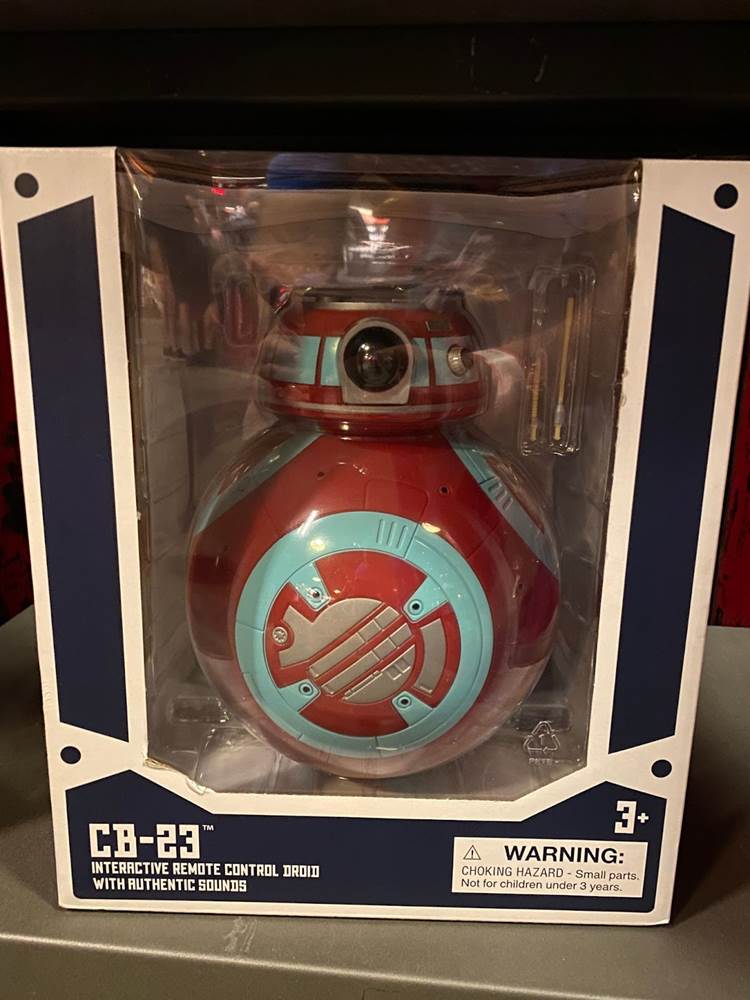 Three new remote-control droids are available at the Droid Depot in Star Wars: Galaxy’s Edge. The first is CB-23, which was released at Walt Disney World last year, but this was our first time seeing it at Disneyland. Next we have D-0, the adorable little droid from Star Wars: Rise of Skywalker. 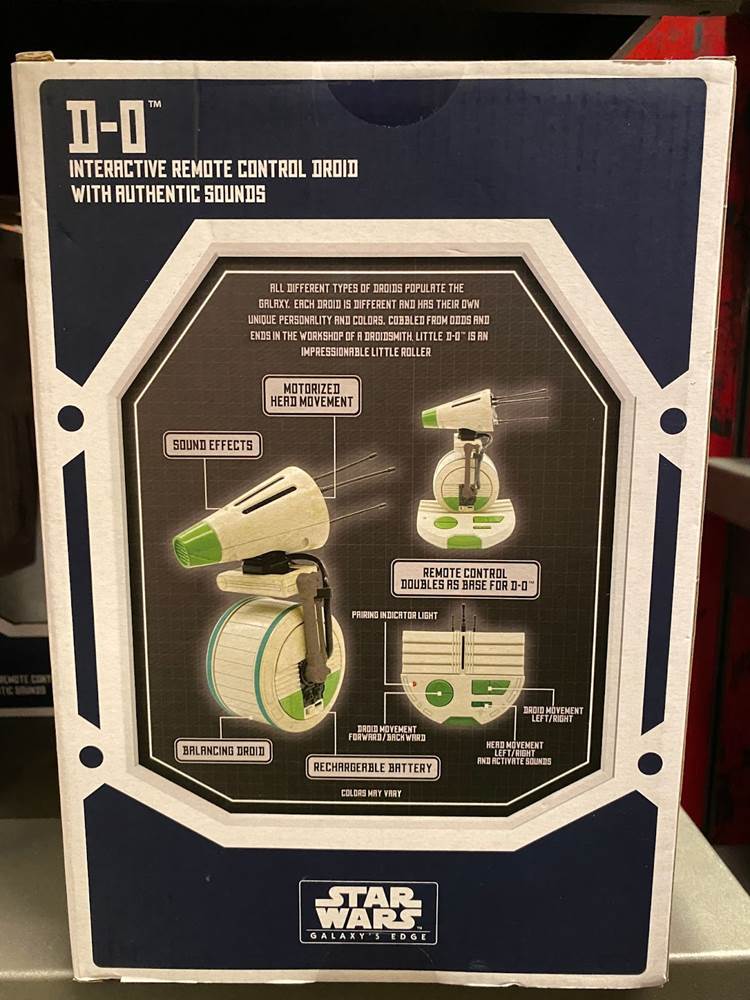 And then there’s C1-10P, better known as Chopper from Star Wars Rebels. 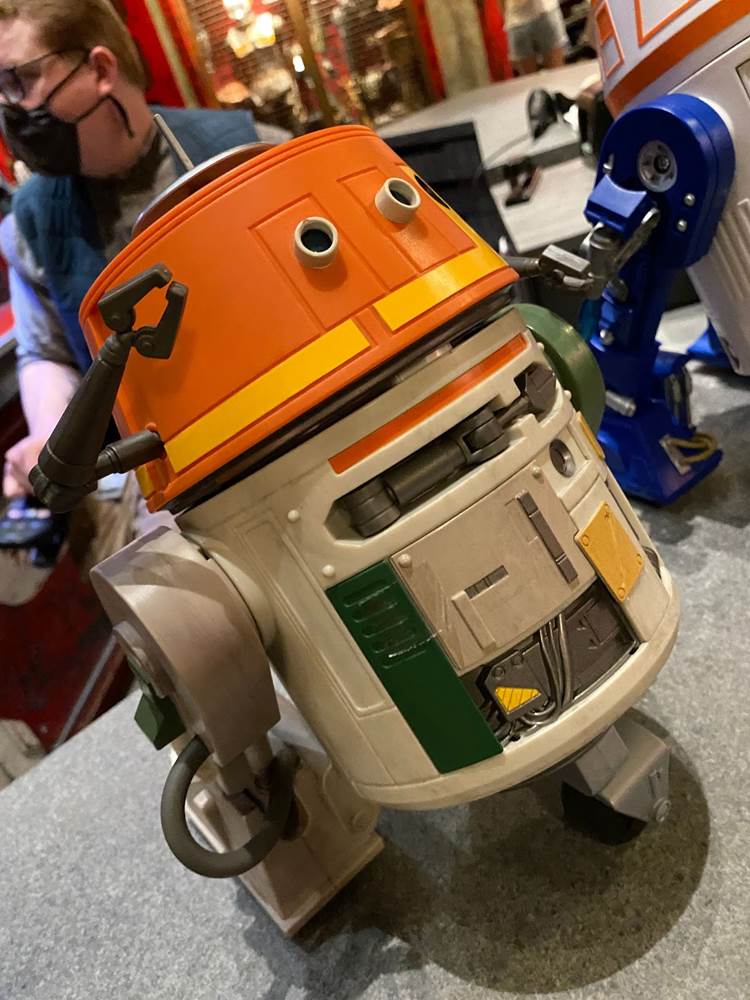 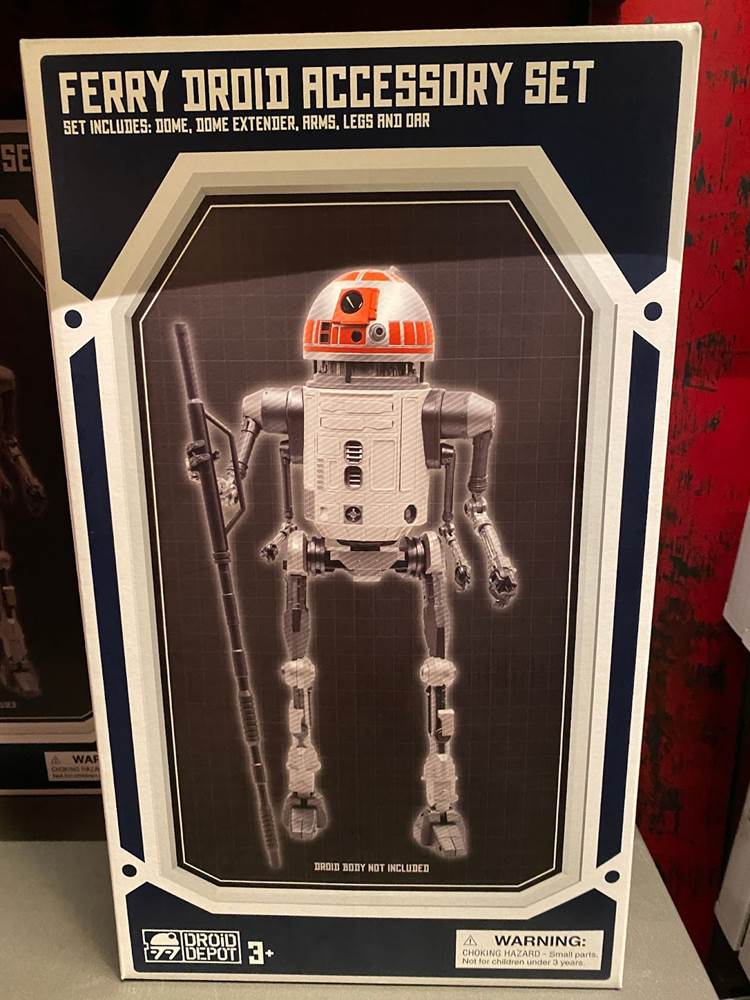 Finally, you can also now purchase a Ferry Droid Accessory Kit, a strange combo type of droid featured in The Mandalorian. 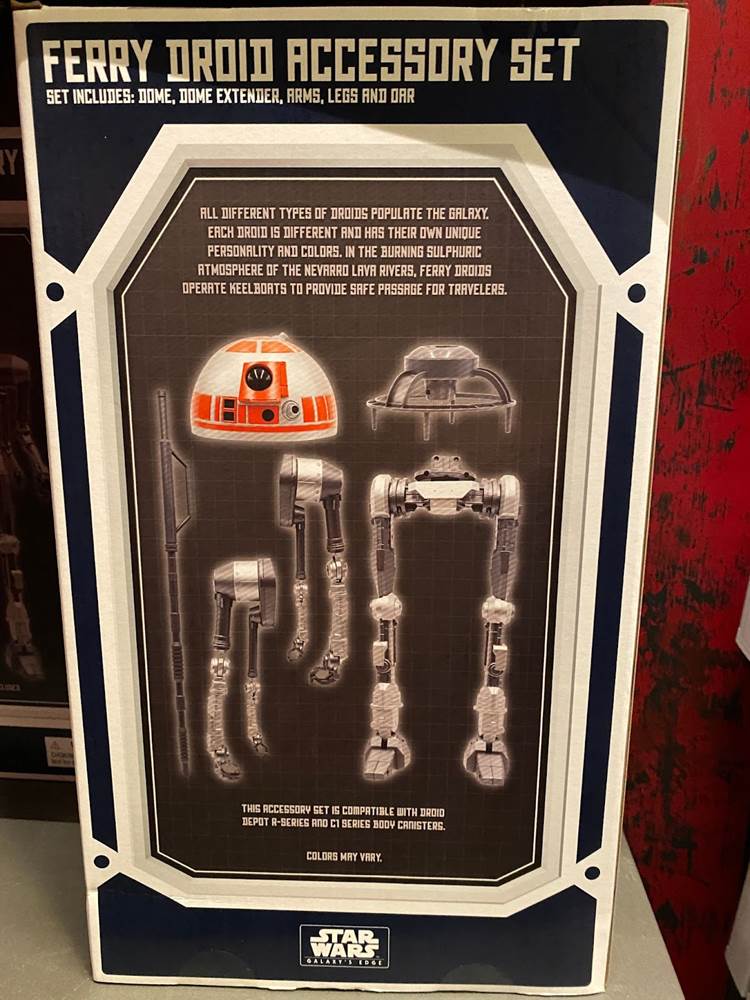 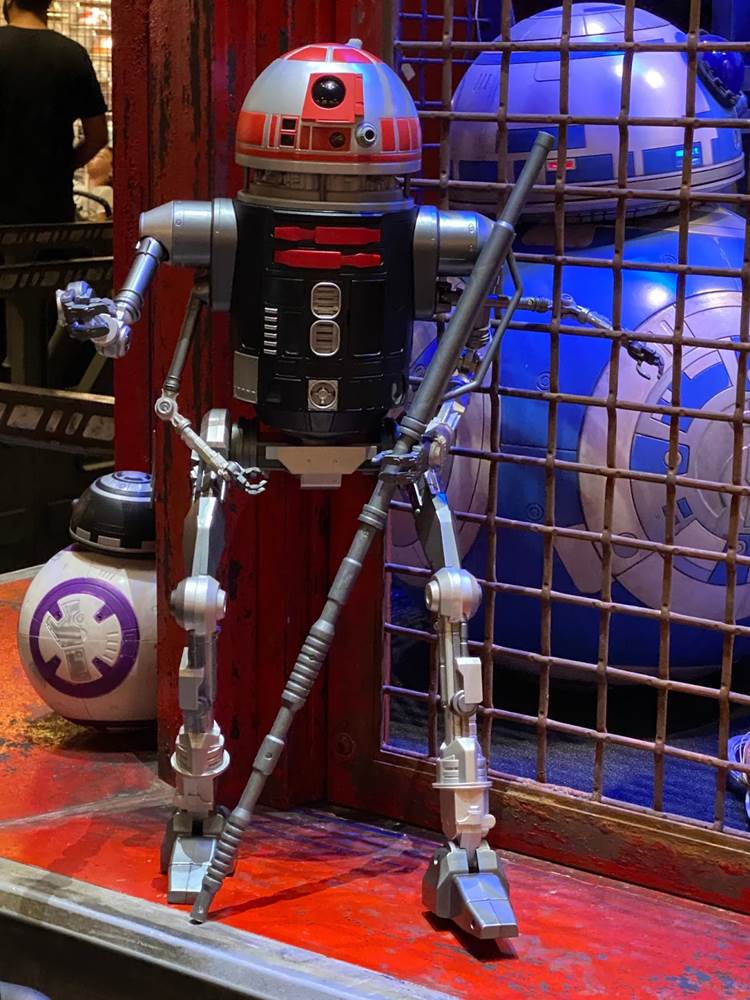