ESPN today announced it has signed Kendra Andrews to a multi-year agreement, where she will serve as an NBA reporter, primarily covering the Golden State Warriors. 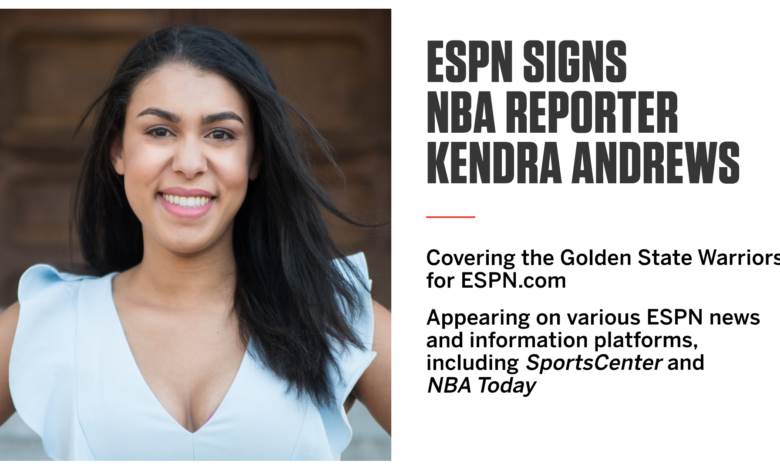