Fans of “Good Luck Charlie” on Disney Channel said “Goodbye Charlie” this week as the successful family sitcom came to an end after four years.

The final episode, entitled “Goodbye Charlie,” focused on oldest daughter Teddy moving away for college at Yale and her struggle to record a final video diary for Charlie, something she did near the end of every episode. 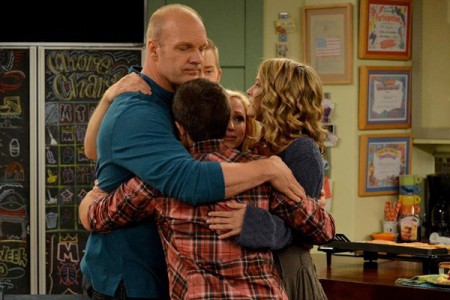 Of course, the episode also featured the other members of the Duncan family getting into their very typical situations. Amy wanted to revive her TV career as co-host of “Good Morning, Denver” since the current co-host was departing the show for “Wake Up, Waco.” Gabe was plotting revenge against Mrs. Dabney after her granddaughter plotted against him on her behalf. That lasted until Mrs. Dabney needed Gabe’s help with a potential new neighbor, who is a troublemaker like Gabe.

And oldest son PJ was trying to keep a secret from his family that he and his best friend Emmett were evicted from their apartment for failing to pay rent. PJ ended up telling his family that he was evicted and moved back home saying that he would move out again as soon as he found a job. He eventually found a job with his friend Gravy from “Kwikki Chikki University” as his friend was opening up a food truck called “The Gravy Boat.” The concept eventually failed as it was serving different kinds of fish with gravy on top. (It doesn’t sound appetizing to me either.) But Gravy gives PJ the food truck after he realizes the concert was failing, and PJ and his dad Bob open up a successful peanut butter and jelly truck known as “B&PJ’s PB&J.” Now that sounds appetizing! (I even wanted one as they were sellng them in the episode.) 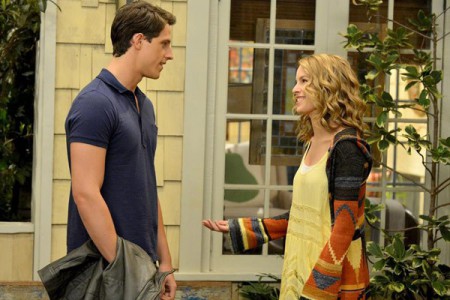 As the episode moves further along, Amy gets the job as co-host of “Good Morning, Denver,” all thanks to Charlie’s great phone call during Amy’s audition as the viewers felt the call was real and heartwarming. Mrs. Dabney and Gabe end their longtime rivalry as Gabe feels it’s necessary to give up his actions since he was going to turn 15 soon. And Spencer, Teddy’s longtime on-again, off-again boyfriend, returns to surprise Teddy. Bob had asked Spencer, who was in Denver working at a frozen yogurt shop for the summer, to surprise Teddy. They reunite and Spencer and Teddy make a promise remain friends and to meet up as Spencer is in college in Boston and Teddy will be at Yale. But they don’t remain “just friends” too much longer and eventually get back together, all thanks to a kiss. 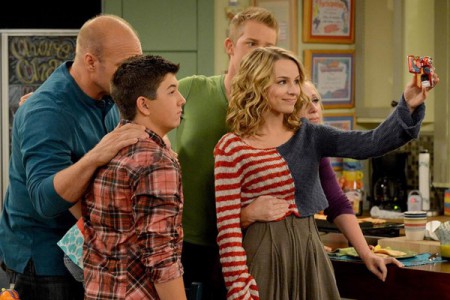 The episode ends the same way the series began – in the Duncan family kitchen. Amy had made breakfast for Teddy’s final morning with the family and they begin to get emotional since they don’t want to say goodbye to Teddy just yet. And after struggling with how to end her video diaries to Charlie, Teddy decides to get the entire family together (except Toby for some reason) and wish everyone a “Good Luck Charlie.”

This was a very sincere and simple way to end the show’s successful run.

One thing I’m going to miss about “Good Luck Charlie” was how real the Duncan family was. They were portrayed as a typical middle-class family raising their kids when the family has to adjust to there being a new baby – twice! The Duncans dealt with issues each family deals with – being thrifty, first loves and break ups, sibling rivalry, responsibility, and much more.

Thank you to the Cast and Crew of “Good Luck Charlie” for allowing the Duncans to be a part of our family for the past four years! Thank you for the laughs, tears and great memories! And as Teddy would end her video dairies to Charlie, I’ll end this article by saying “Thank you and Good Luck Charlie!”