Disney and the Olympics

The XXII Olympic Winter Games kicked off on February 7th with all eyes on Sochi and their inspirational opening ceremony. As viewers from around the world support the best athletes from their countries, some Disney fans may be left wanting more. Some less attentive fans may be surprised how often Disney has been involved.

In 1960, Walt Disney was chairman of the pageantry committee and produced the opening and closing ceremonies for the VIII Olympic Winter Games in Squaw Valley, California. CBS had the rights to broadcast the games back then, and that same event is believed to be the source of the term “instant replay.” Those competing would have stayed in the first ever Olympics Village, which was built out of necessity due to the lack of accommodations. John Hench was the décor director for the games that year, with his designs ranging from flag poles and ice sculptures all the way to the torch that made the long trip from Athens that year. Art Linkletter was hired by Walt to arrange entertainment for the athletes, flying in big name talent from Hollywood for their enjoyment. But perhaps the most interesting to Disney fans would be the fact that the cast of The Golden Horseshoe were flown up to perform a show. The Walt Disney Family Museum sat down with Mr. Linkletter in 2012 to interview him about his involvement. 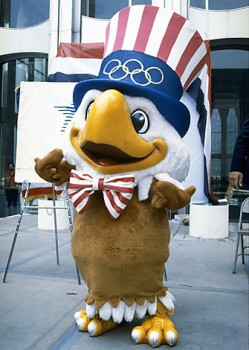 The Olympic committee reached out to Walt Disney Productions again in 1984 when the XXIII Summer Olympic Games were held in Los Angeles. Disney Legend Bob Moore designed an American mascot for the games named Sam Eagle. The character’s design was similar to that of Sam the Eagle from Disneyland’s America Sings, however Marc Davis designed that character. 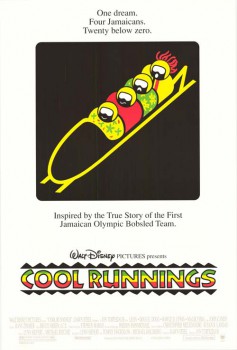 Having just had a megahit with The Mighty Ducks in 1992, Jeffrey Katzenberg was looking for inspiration and found it in their story. The writers took many liberties with the story, creating a fictional origin for the team and adding a minor subplot where the athletes experienced racism from other contenders. In director John Turteltaub’s hands and with a comedic cast that included John Candy and Doug E. Doug, the film was sure to be a success. It went on to make $158 million worldwide, the equivalent of $250 million today, in addition to being a critical success. 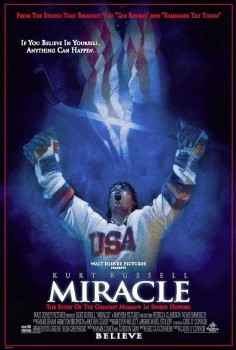 In 1999 as America was voting on the greatest achievements of the 20th century, it came as a surprise to many when the results proved that the 1980 Olympic match between USA and the Soviet Union had won. That game, which was famously dubbed the “Miracle on Ice,” was the first time Team USA had taken home the gold metal in hockey since 1960. Russia had beaten them in every game since and was the expected winner.

Disney’s sports movies were at the top of their game at the start of the 21st Century with big hits like Remember the Titans and The Rookie, so it seemed a natural fit for the studio to adapt the greatest sports event of the 20th century as well. Miracle was released in 2004 and starred Kurt Russell as Herb Brooks, a former US Olympic hockey player turned college coach who lead the US team to victory. It became yet another successful and critically acclaimed sports movie for Disney.

The tradition of sports movies at the Studio that Walt built continues this year with Million Dollar Arm in May and McFarland in November. Cool Runnings and Miracle may be the only Disney films based on Winter Olympic events, but it seems more like a question of ‘when’ than ‘if’ there will ever be another one. Perhaps an inspiring event during the 2014 Sochi games will serve as their next inspiration.