Who Shot the Watcher?

Who killed the Watcher?  That is the central question behind the next major Marvel Comics event Original Sin written by Jason Aaron.  For the uninitiated, Uatu (aka The Watcher), is a member of an extraterrestrial race that monitors the activities of other species.  Uatu is assigned to watch Earth and therefore gets to live a life that is basically one big Marvel Movie Marathon. Well apparently someone went to the moon a killed the poor Watcher and as Jason Aaron explains, that is bad. “When the heroes find the Watcher’s body on the moon, his eyes are gone. Nobody is sure initially what that means, but we learn that the Watcher’s eyes are the secret to unlocking everything he has seen over the years. Whoever holds those eyes is able to basically explode a bomb full of secrets.” 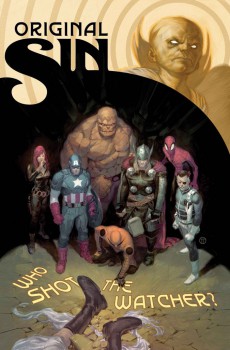 So imagine an Edward Snowden situation to the extreme.  All of the secrets of the Marvel Universe are out there and we are going to discover secrets of the characters that have never been revealed before.  But at the heart, this is a murder investigation story. 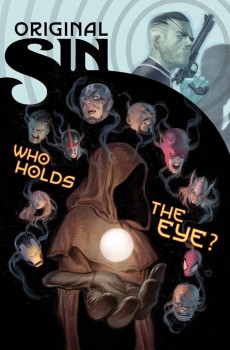 As Jason says, “There are two investigations going on in Original Sin. You’ve got the public one headed by Captain America and the Avengers with Nick Fury. There’s also a clandestine operation with characters like the Black Panther and Moon Knight. This is not the first time this killer has struck. You don’t kill the Watcher your first time out.”. 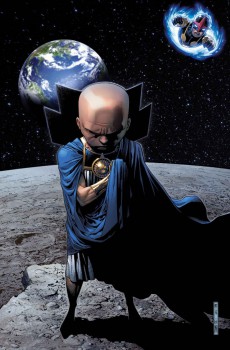 Many books tie-in to this story as nearly ever character is touched by the events on the moon.  The tie-ins will play a huge role in the story, but they will be done by the regular creative teams.  For example, Dan Slott will continue writing Amazing Spider-Man and Mark Waid will stay on Daredevil.  They will not be bringing in substitutes. 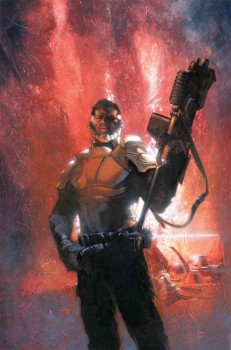 There does seem to be one character that fans seemed worried about.  Besides The Watcher, he is the character in the Marvel Universe with the most secrets; Nick Fury.  As the books editor, Tom Brevoort says, “If you’re worried about Nick Fury, that’s good, and I’m not going to do anything to dissuade you. Classic Fury is a major player in Original Sin. But what happens to him? I’m not going to tell you.” 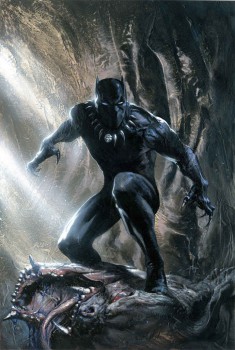 The ramifications of this event will not be known until its conclusion, but the wild ride will begin in May.