I caught the premiere of Mind Games on ABC, and I have to say that I am surprised how much I enjoyed it.  I expected to totally dismiss this show, yet I came away happily surprised.  Now, my expectations were low.  Let’s face it, Christian Slater has not been known for TV hits with neither My Own Worst Enemy nor The Forgotten making it to a second season.  But since the show is on ABC, I gave it a shot. 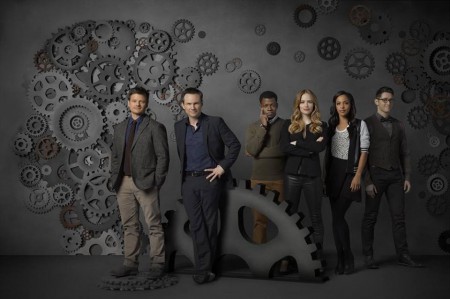 The show is about two brothers.  Ross (Christian Slater) just spent some time in jail for white-collar crime.  Clark (Steve Zahn) is a bi-polar professor who recently was fired for having an affair with a 22-year old undergrad.  To bring both of them up, they devise “Edwards and Associates,” a consulting firm that uses Clark’s expertise on psychological manipulation to meet their client’s needs.  They are surrounded by a crew of cohorts that each bring something to the team.

First of all, I should say that despite the show being produced by 20th Century Fox, the synergy is strong with this show.  If I had a dollar for every time they said “Jedi Mind Trick,” I would have more money than I had before the show aired.  But then again, Star Wars did live at Fox before Disney bought it.

However, I digress.  I hate to admit it, but I enjoyed the show.  In many ways it reminds me of Scandal, but with less murder.  You have what appears to be a procedural show about a firm that helps people.  But then, you realize that there is more to the story as each team member is an interesting character that you want to learn more about.  Now I don’t expect Mind Games to reach to grandness of Scandal (the oval office does seem to be out of scope of this show), I realized that I wanted to see more of the two components of the show. 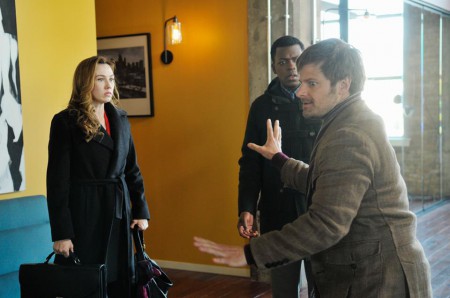 I want to see more cases of the firm using Clark’s mind games and Ross’s dirty tactics.  I also want to learn more about Clark and Ross, as well as the supporting crew.  While they did not get much attention in the pilot, the distinct characters are well acted by the cast so it makes me have hope for their potential future development.

Of course, I should not get my hopes up.  The show is airing on ABC at 10/9c on Tuesdays.  The last show regularly scheduled in this slot was Lucky 7.  That show only lasted two episodes.  Perhaps ABC should hire Edwards and Associates to convince viewers to watch.  Based on a quick internet search, their services may be required.