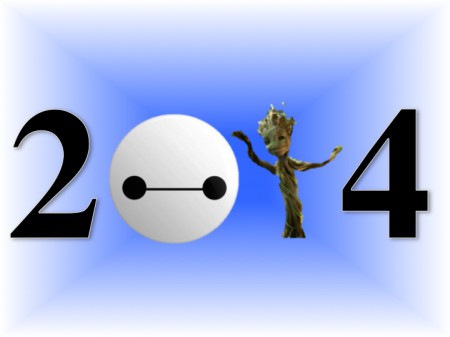 2014, you sneaky devil, you! You weren’t supposed to be so good, remember? 2014 sounded like the year we had to suffer through to get to 2015, the year with Star Wars VII, Avengers: Age of Ultron and a Pixar film. This was supposed to be a sleeper year, but you surprised us. Bravo! To celebrate, let’s take a look back at the Disney movies of 2014. 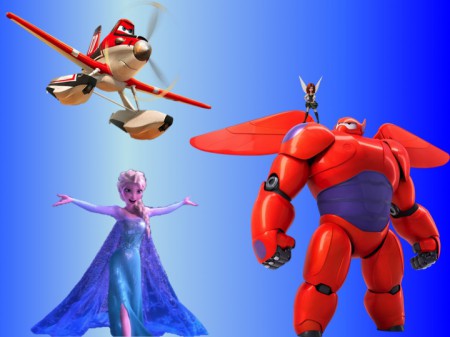 It’s a little unfair, but all of 2014 seemed to live in the shadows of Frozen. And since that film came out at the end of 2013, it feels like it dominated the year. Disney finally took home a Best Animated Feature Oscar for the film at the beginning of the year as well, which seemed like a momentous start to 2014. The most well received animated film of the year was actually Warner Bros.’ The Lego Movie, which was “awesome,” but Disney had three contenders as well. Topping them was Big Hero 6, which surpassed everybody’s expectations and taught us that robots can be not only lovable, but also huggable. While it hasn’t come close to matching Frozen’s box office success, it is the second highest grossing animated film of the year and Baymax plushes were a top selling Christmas gift.

DisneyToon Studios churned out two films as well. The better of the two was The Pirate Fairy, the fifth film in the Disney Fairies franchise. It expanded Tinker Bell’s view of NeverLand to include pirates and became an origin story for the one and only Captain Hook. To add to the fun, it introduces baby Tick Tock (Crocky) and had one of the best Disney songs of the year (“The Frigate That Flies”). The other release was Planes: Fire & Rescue, which was a touching tribute to the men and women who brave the flames everyday as firefighters. 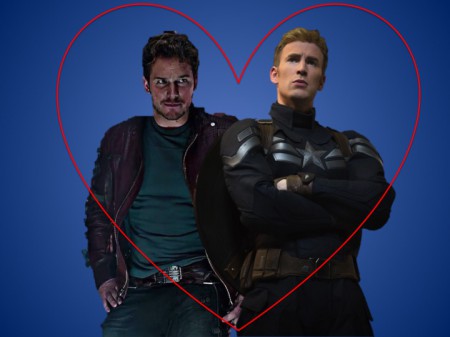 Going into 2014, we were all excited for the return of Captain America. Everyone was also questioning why something called Guardians of the Galaxy was on the schedule. Had you ever heard of Star Lord, Gamora, Drax, Rocket or Groot before? I sure hadn’t. And if you were to tell me in 2013 that it would have passed Captain America: The Winter Soldier at the box office to become the highest grossing film of 2014, I would have gotten angry… very angry… and you wouldn’t like me when I’m angry.

Anticipation was high for Captain America: The Winter Soldier and it didn’t disappoint. As expected, Bucky Barnes returned as Steve Rogers nemesis and Sebastian Stan has become so sought after in Hollywood that ABC’s Once Upon a Time has been unable to get him back to set (he plays the Mad Hatter). But the biggest surprise was the twist within the film, one that simultaneously impacted Marvel’s Agents of S.H.I.E.L.D. and pushed a big self-destruct button on the Marvel Cinematic Universe as we knew it.

Following the success of Cap 2 came Guardians of the Galaxy. Some “industry experts” predicted it would be the first Marvel Studios film to flop. Not only did it not flop, but it became the highest grossing film of 2014! Marvel added a third Chris to their list of household names (Hemsworth, Evans and Pratt) and all three are acceptable for any man-crush list. This space opera captured the hearts of millions and a sequel was announced before the opening weekend numbers were in. Perhaps more remarkably the soundtrack which consists entirely of re-released songs, topped the Billboard charts to become the second best selling soundtrack of the year, second only to Frozen. 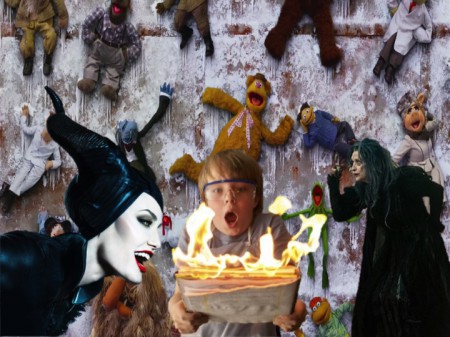 It wasn’t hard to see that Maleficent was going to do well, thanks to a built-in fanbase for this type of film and zero competition from other studios, but the film’s wings carried it farther than analysts expected. Angelina Jolie gave a chilling performance as the mistress of all evil and the world created for the film was amazing. When you add the success of Maleficent to the Marvel films, it allowed Disney to have their most successful box office year to date.

The surprise hit in this category was Alexander and the Terrible, Horrible, No Good, Very Bad Day. It didn’t break box office records, but surpassed expectations both critically and commercially. This John Hughes-inspried comedy about a family supporting each other through the worst day imaginable was both hilarious and touching. As a bonus, you will never think of  the Thunder From Down Under the same way ever again.

The big upset of 2014 was Muppets: Most Wanted. It was a great film that felt like a throwback to The Great Muppet Caper in many ways. The story was fun, the songs were great, and the cameos were hilarious. The world was invited to see the Muppets again (again). Unfortunately, nobody showed up. With disappointing box office numbers, this may be the last Muppets film for a while. Another film that came and went with little fanfare was Million Dollar Ham… I mean Million Dollar Arm starring John Ham (another worthy man-crush choice).

For the grand finale of 2014 came Into the Woods, the most depressing fairy tale ever told by Disney. It’s well made on all accounts and the late release feels primed for Oscar season; I’d be surprised if the film doesn’t receive a few nominations. However, the story takes you beyond happily ever after where none of the characters are content and nearly all destroy what they wished for to end up with mediocrity again. With only six days in 2014 to count towards its total box office results, it’s hard to tell if it will be a hit or a miss. Personally, I think poor word of mouth will make it a miss. 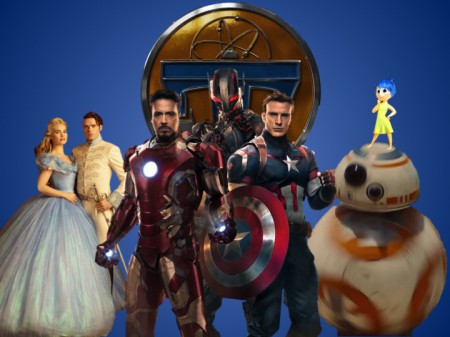 2015 has had a lot of hype for a few years, lead mostly by Disney with Star Wars and Avengers films on the schedule. In fact, these releases are expected to be such major draws that Warner Bros. didn’t want to let Batman AND Superman compete against it (that film has been moved to 2016 to avoid a loss in ticket sales to the two biggest films of perhaps this decade). But beyond these major tentpoles, there’s a lot of promise from Tomorrowland starring George Clooney and Cinderella, directed by Kenneth Branagh. About the only thing missing from 2015 is a film from Walt Disney Animation Studios (two are scheduled for 2016 instead). But Pixar will return to the big screen with Inside Out, which appears to be a return to the level of creativity we expect from them based on the trailer.

So cheers to 2014, a momentous year that would otherwise seem hard to top… unless the following year is the highly anticipated 2015.