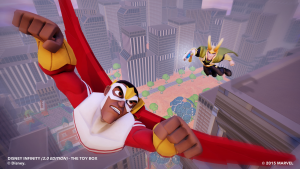 Disney Infinity 2.0 debuted last Fall, introducing Marvel characters to the game with three Play Sets based on The Avengers, Guardians of the Galaxy and The Amazing Spider-Man. However, there were a few characters that weren’t available at launch. We had to wait for Hulk, Green Goblin, Yondu and Ronan. The final two figures to complete the Marvel Universe within Disney Infinity 2.0 are Loki and Falcon, both of which arrive in stores on March 24th. 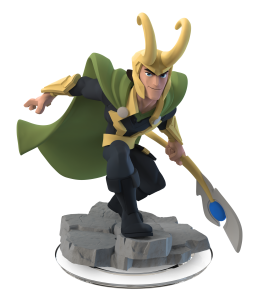 Loki, the god of mischief and Thor’s brother, is the main villain in The Avengers Play Set. I personally had a hard time beating him in that game and was expecting the figure to be extremely powerful in the Toy Box. However, he’s not very strong fresh out of the box and players will have to level him up to unlock some abilities in the Skill Tree to bring him anywhere close to what you expect him to be.

Without leveling up, Loki is able to shoot blasts out of his scepter, temporarily disappear while dashing away, and beat enemies with his scepter as his main attack. In the Skill Tree, his special ability is called Master of Mischief. When using this, the real Loki becomes invisible temporarily while a decoy appears to confuse enemies. However, the decoy merely stands there and it requires leveling up to level 9 before you have enough points to get the decoys to start fighting with you. Along that path, the decoys at least begin to stay longer, but it’s disappointing that you have to level up so high to make him as strong as you would expect him to be based on his behavior in the Play Set. 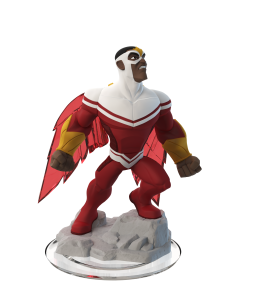 I had far lower expectations of Falcon, but he surprised me. The figure itself has awesome transparent wings and in addition to a powerful punch in the game, the character can fly fast. He shoots lasers as his long range attack, although I still can’t figure out where they are coming from (he doesn’t hold a weapon). In his Skill Tree, the special move is called Hardlight Storm, which sends him soaring above his enemies as a flurry of feathers attack them. It’s a powerful move to begin with, but you can make it even stronger by following the same path in the Skill Tree. There is also a finishing move that can be added to his main attack called Falcon Finisher, which makes him lunge into his enemy at the end of his attack (it’s super effective).

It’s great to finally have Loki as a playable character in the game, but players should be prepared to invest a significant amount of time to get him strong enough to fight against the heroes. Falcon is a pleasant surprise, becoming one of the more powerful members of the Avengers in the game. He is instantly one of my favorites, along with Nova who is nearly unbeatable.

Disney is also adding two new Power Discs to the blind-bag packs, both of which will be rare. One is an alternate costume for Falcon, the other is a team-up disc with Captain Marvel. Both of these should start appearing in Power Disc packs in the near future. 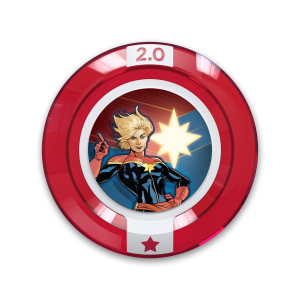