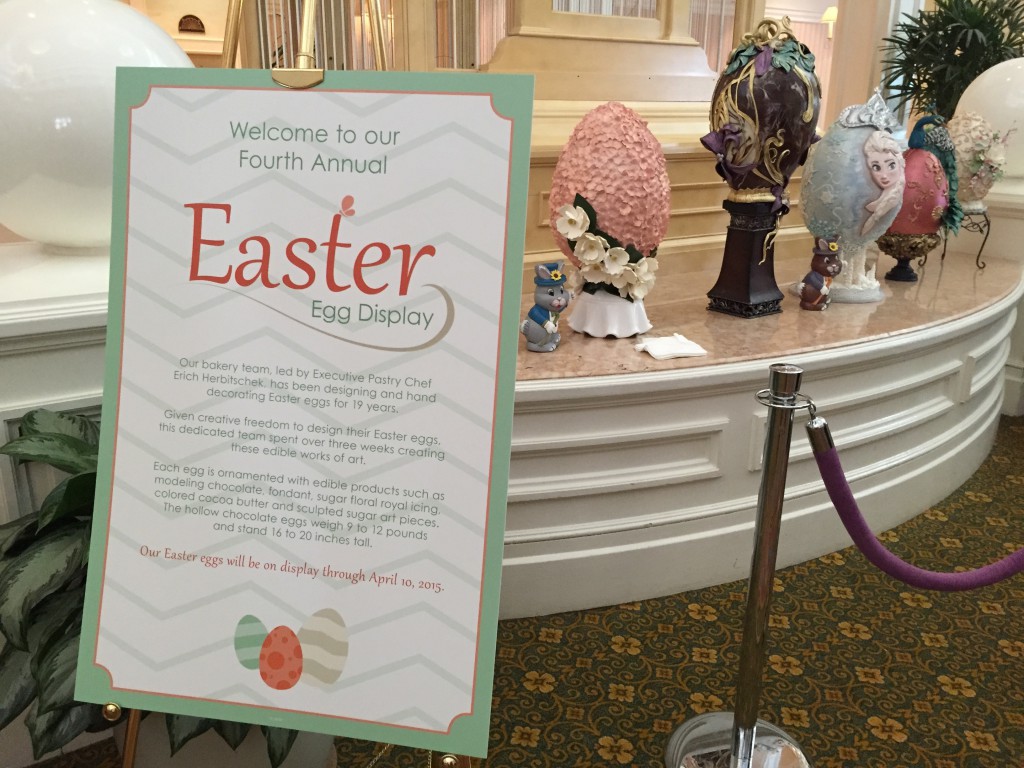 For the past 3 years, as the sign says, the Grand Floridian has been putting on a display of some of the most amazing chocolate eggs ever created…and this year is no different! 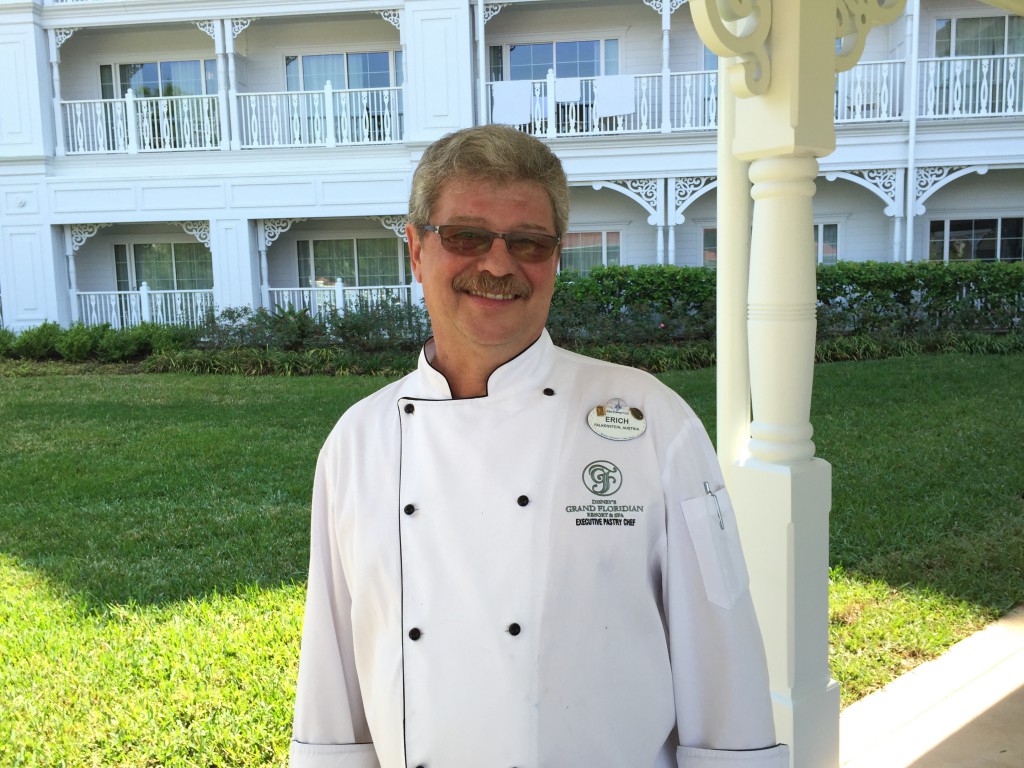 With over 25 eggs created, including one just for the DVC wing, the chefs under the lead of Executive Pastry Chef Erich Herbitschek of the Walt Disney World Resorts had their hands full! But instead of talking about them here they are in all they’re glory!

This year, as opposed to the past few, the eggs have been spread all across the lobby area of the Grand making it almost like a egg hunt where you turn around and find another. But as I mentioned this year with the DVC area of the Grand being open they even created one just for that area.