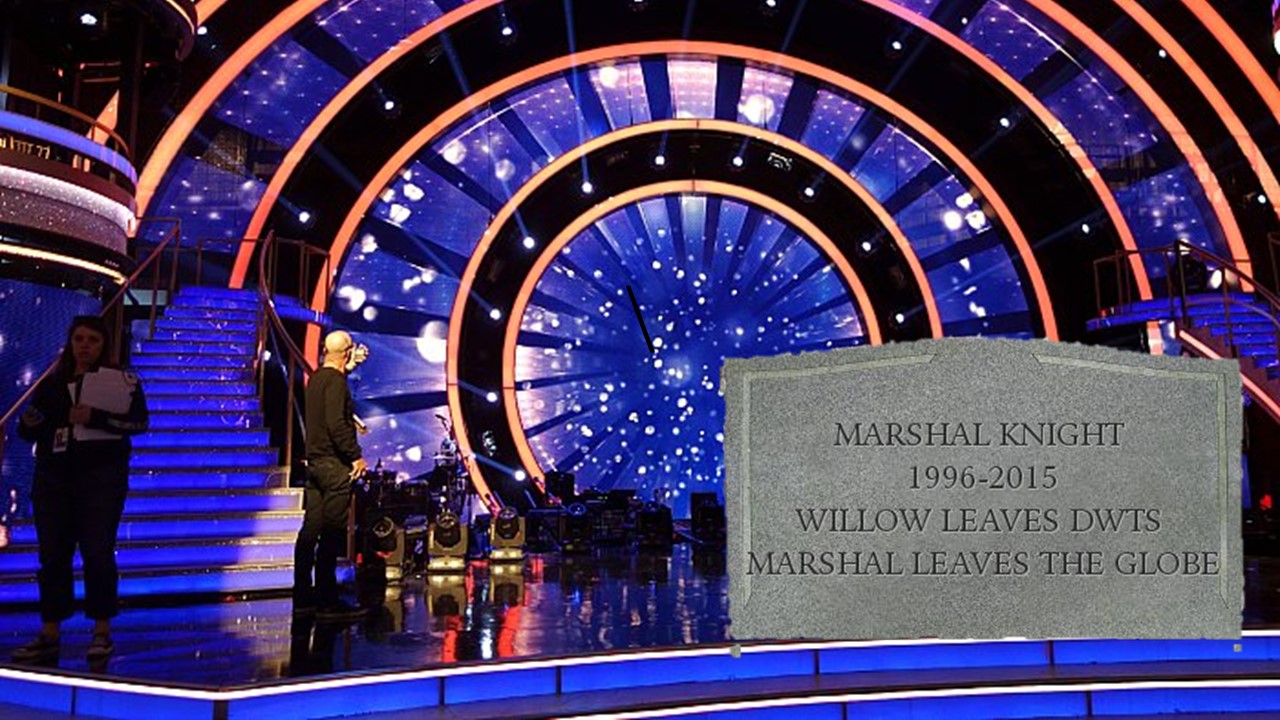 In the words of Rod Serling, today’s story calls for a different kind of introduction. This won’t be a recap, as we know the ins and outs of these dancers by now. I was busy this evening (and trust me, it hurts when I can’t watch #DWTS live), but I did see who was voted off, and I am disgusted. So, let this be an open letter to the #DWTS voting citizens of America. You all were terrible this week.

As most of you know by now, Willow and Mark were eliminated this week. I repeat, Willow Shields and Mark Ballas did not receive enough of the public’s vote, and thus were eliminated from the competition. Now, in this scenario, I can’t personally be mad, as I used all 24 votes I had towards Willow, then made two friends also use another 8 votes each towards Willow. I cared about Willow THAT much. I didn’t even vote this regularly for Meryl, and I love her more than some family members. The judges’ scores were decent last week as well, so I can’t blame them. The only people I can blame are the other viewers.

Noah is receiving the sympathy vote, which is the silent killer of #DWTS. Now, if you don’t agree and want to bring up Amy Purdy as a reason, you’d be wrong. She was voted through for good reason, since she was an incredible dancer. AMAZING. Noah is decent. It’s not his disability that hurts his most of the time, it is his hips or lack of musicality.

Robert is a fun person to watch, and the partnership with Kym is a gorgeous sight to behold (#DWTSBabies), but he is not up to the standards of the others. While he has good weeks, he has bad weeks too. Unfortunately, his bad weeks are ULTRA bad. Did you forget about the atrocity that was Disney Week? I do feel bad for the guy, but he is not Final 4 material.

Speaking of standards, have we all ignored Chris this whole season? Witney is wonderful, but it is hard to teach a killer whale how to drive. The man can’t dance. He has glimmers of hope, but those glimmers are just that, GLIMMERS. The shine fades and we begin to see a man with a stiffness that makes a can of starch look like honey.

Now, let’s get to what I’m really here to discuss, Willow Shields. The 14 year old superstar (in my eyes) was SO invested in this competition. Incredibly ecstatic to compete, dance, and live life to the freaking fullest. Week 1 was rough, but luckily, she knew this. She worked at it. She was in the rehearsal rooms as much as possible. Then, she would go into the ballroom every Monday night and absolutely kill it. The judges, frankly, didn’t give her scores that accurately reflected her amazingness. The beautiful Alice in Wonderland number deserved much higher scores, with all 9s being the LEAST.

Straight up, her Hunger Games Contemporary routine alone should have gained her an automatic spot in the final 4. It was superb, flawless, and a routine that will forever be memorable.

Willow deserved a spot in AT LEAST the Final 4. In my eyes, she should’ve been in the Top 3 just for the constant range of emotion and acting she added to the dances. She was the best of the bunch when it came to telling the story, and isn’t that what dancing is all about?! When she was voted off, she cried more than I’ve ever seen a star cry on the show. Someone who cares that much deserves to stay. Y’all, I am devastated.

I am very sorry for the change of pace this week, but I was truly on the verge of tears on how disappointed, angry and sad I was with the elimination. Willow and Mark, just know that your pairing has joined the ranks of Meryl & Maks on my all-time favorite list. Now, it’s time for me to write a petition to get her on a future all-star season.

Tomorrow, I will bring you a full recap of the 10th anniversary special, airing tonight at 10pm on ABC. For now, I’ll be crying and drinking my own tears.