2016 Disney Turkey of the Year 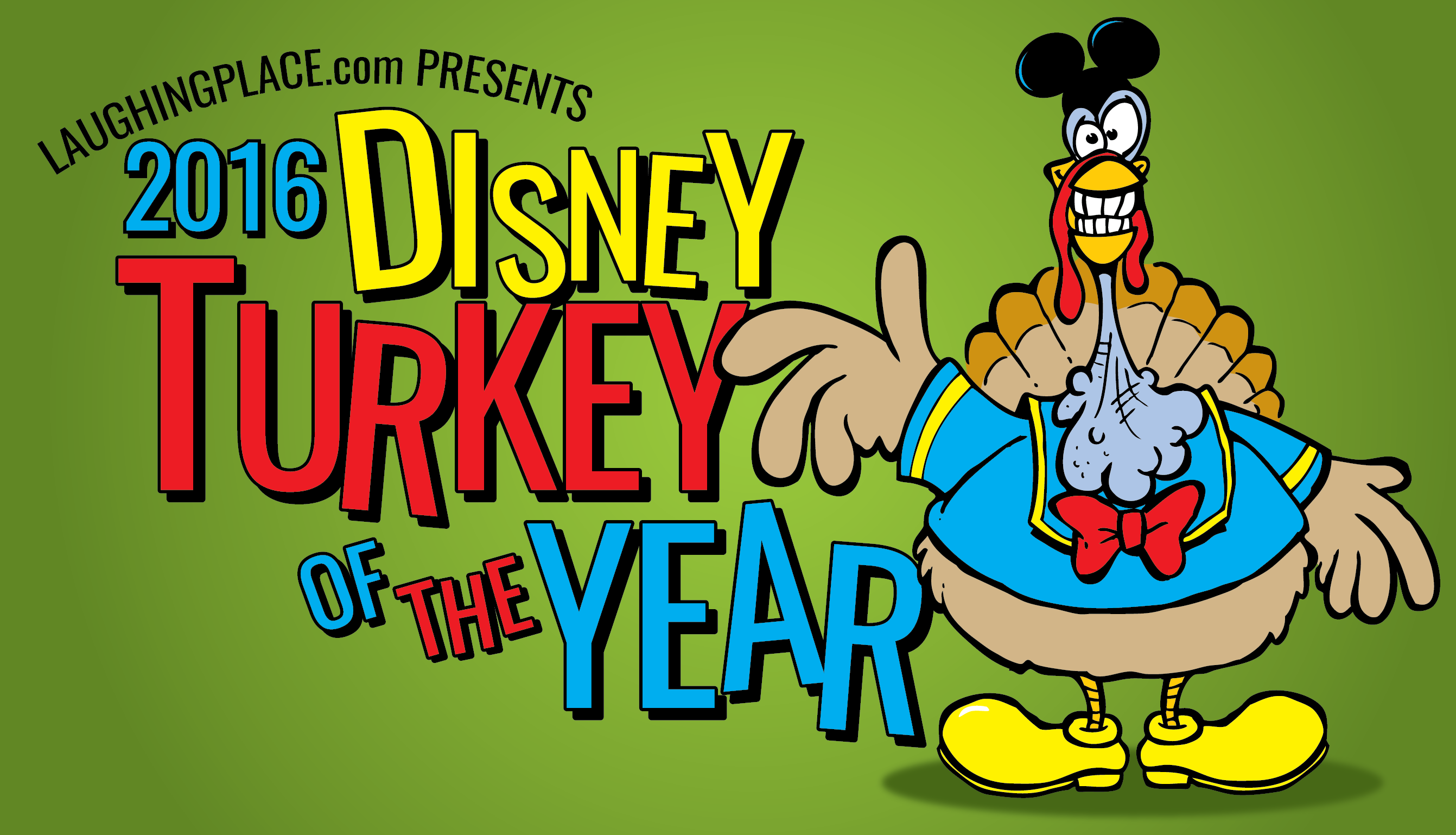 It’s the moment you’ve been waiting for all year — LaughingPlace is ready to crown the 2016 Disney Turkey of the Year! This year saw many Disney successes, including the opening of Shanghai Disneyland and the studio’s best box office year on record, but there are always a handful of missteps along the way that we’ve collected as our nominees. As always, we’ve whittled down these embarrassments to five, with only one of them being named our 2016 Turkey of the Year.

Before we reveal our champion, let’s take a look at the nominees and why each one made our list: 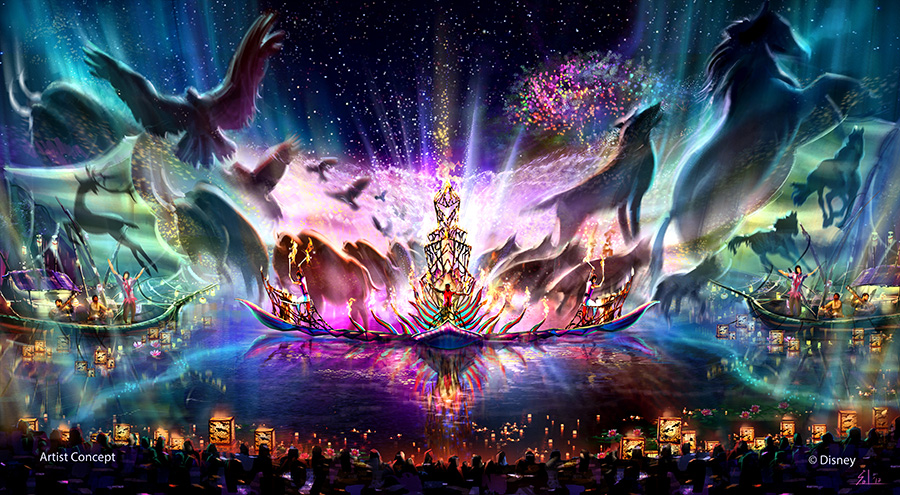 On April 5th, we were unceremoniously informed that Rivers of Light, a new nighttime show set to dazzle guests at Disney’s Animal Kingdom, would not make the April 22nd opening date. They added that we should expect more information in mid to late May. That date soon came and went and, as of publication, we still do not have an opening date for this show.

There has been a lot of discussion of what the challenges with the show has been. From technical difficulties to poor show flow, the rumors have been rampant. But this delay has thrown a wrench in the plan to extend Disney’s Animal Kingdom operating day. While a quickly assembled Jungle Book show had a brief run and the Tree of Life Awakening and nighttime safaris have launched, the centerpiece of nighttime operations has yet to debut. This has caused the park to curtail park hours as we wait for the long-delayed show. Reportedly the show is just waiting for some minor tweaks, so hopefully we will soon find out if the show has been worth the wait.

Alice Through the Looking Glass 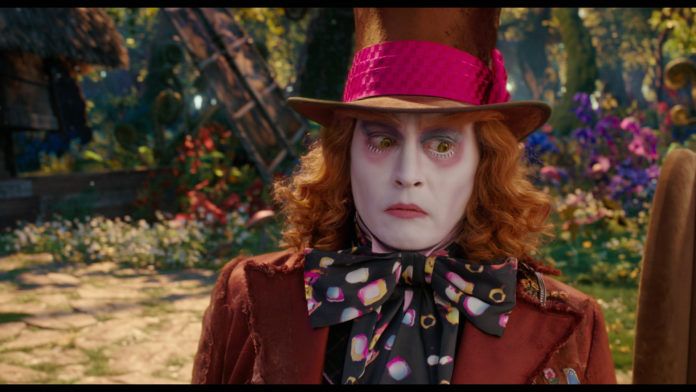 There is no question that Disney Studios is home to many franchises that always leave moviegoers wanting more — who can bear the wait until the next Marvel movie or the next chapter in the Star Wars saga? But sometimes Disney tries to franchise a film that the public feels was good enough as a one-and-done. Ironically, the Alice “franchise” was born in two books, but apparently what was good for the written word was no good for the cinema.

Grossing a meager $77 million in domestic box office off of a $170 million budget, Alice Through the Looking Glass was by far the biggest bomb at The Walt Disney Studios in 2016. Heck, we even wrote an article proposing a new game called #AliceMadeLessThan! Adding insult to injury, the film has a Rotten Tomatoes score of only 30%. Many critics cited the film’s lackluster story and uninspired acting as weak points. In the end, it just felt like a film that was completed by those involved because of contractual obligations.

The Departure of Tom Staggs On February 5th, 2015 Tom Staggs was named Chief Operating Officer of The Walt Disney Company and therefore became the heir apparent to Bob Iger, who plans to retire in June 2018. Then, Disney surprised nearly everyone when on April 4th, 2016 it was announced that Staggs would be exiting the company, leaving the entire organization wondering who will follow the successful tenure of Iger. Tom Staggs joined The Walt Disney Company in 1990 and rose through the ranks until becoming CFO in 2000. In this role, he saw the end of the Eisner-era and the beginning of the Iger-era. Bob, wanting to see how Jay Rasulo would do in a corporate role and how Staggs would fare in an operational role, swapped their jobs. Rasulo became CFO and Staggs became Chairman of Walt Disney Parks & Resorts. This was seen as a way of determining who would be the next Disney CEO. When Staggs ascension was announced, it appeared he won the contest and was just a few years from leading the entire Disney organization.

Then something happened. Few probably know the whole story, but the Board determined that Staggs would no longer be considered for the top spot at Disney and apparently Iger did not provide much push back. Bob gave Tom the tough news and Staggs decided he would move on. Why didn’t Staggs get the Board’s support? Some point to missteps with Disney Consumer Products, including appointing Leslie Ferraro to lead the division, which ended up being a poor fit. Others also say he did not have the support of major shareholder like Isaac Perlmutter, the infamously frugal head of Marvel. Whatever the reason, Disney’s future is now in doubt. With no obvious internal candidates, many presume the next Disney leader will come from the outside which has only happened once before. Who will take over? Expect that to be a major question at next year’s shareholder meeting.

Thinking about camping out for #StarWars? Think again. @DisneySprings is not accessible to guests until 8am tomorrow.

Disney is known for its strong communications skills that build excitement for their products across the globe. But that doesn’t mean they don’t make mistakes. Late last year, the folks at Disney Springs made a misstep. (It is included in this year’s write-up because it occurred after last year’s awards.)

Many folks were excited about the release of Star Wars: The Force Awakens and several moviegoers across the world camped out for the film’s release. Disney Springs policies don’t allow overnight camping out, but perhaps there was a nicer way to make sure guests were informed? Perhaps something like, “Sorry folks, you won’t be able to camp out for the release of #StarWars.” Or maybe “We are excited too! But unfortunately @DisneySprings is not accessible to guests until 8 a.m.” For a company that overthinks every message they send out into the world, it was shocking that such a rude tweet would ever come out from an official Disney Twitter account. Perhaps even more surprising is that the Tweet was never deleted or recanted. 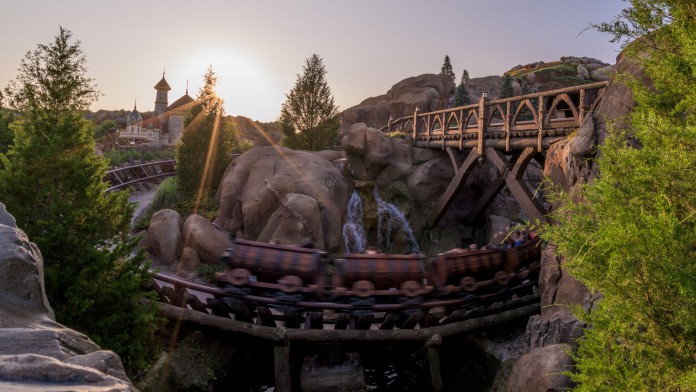 We have all come to expect additional charges. Baggage fees, Resort fees, even “Talking to a Real Person” fees. While it was reported that Disney was considering launching Resort fees, that has yet to come to be. But in 2016 we have seen the rise of premium experiences that command premium prices. From preferred parking to the ever increasing presence of dessert parties, we have seen many new upcharge offerings introduced this year.

While After Hours Magic, which offered bonus time at Magic Kingdom for $149, may have been a bust, that hasn’t deterred Disney from trying to roll-out more additional cost ideas. The recently announced Tiana’s Riverboat party actually closes an attraction for guests that don’t want to pay the additional fee, while Disney is trying to sell “cabanas” for over $600 that are really just a tent village in Tomorrowland. Although some of these premium experiences offer a nice way for some guests to splurge without detracting from the typical guest experience, it appears that Disney is getting bolder in how they can get a few extra bucks out of those willing to spend it.

The Departure of Tom Staggs 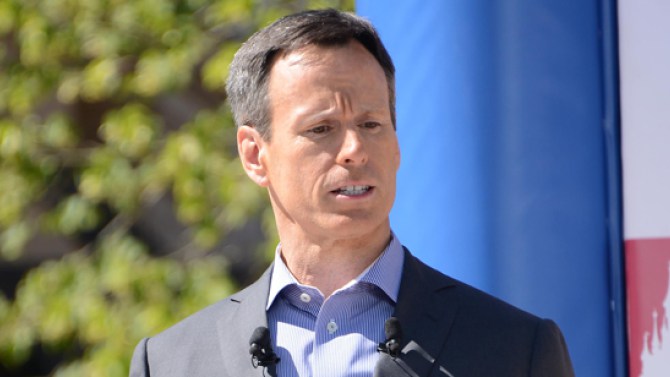 Rude tweets can be excused, upcharge experiences will come and go, the occasional movie will do less than stellar box office numbers, and attractions may get delayed (although the Rivers of Light debacle was a very strong contender this year). But, at the end of the day, someone needs to run the company. With the exit of Staggs, we no longer know who that person will be and it seems that Disney doesn’t either. This isn’t to say that Staggs was the only person who could lead the company through the post-Iger era — quite a silly assertion, to be sure — but the fact that there is no plan in place is worrisome.

Then again, perhaps 2017 will introduce us to the perfect future CEO of The Walt Disney Company. If that happens, instead of dining on turkey next Thanksgiving, we’ll be eating crow.

So did we pick the right Disney Turkey of the Year for 2016? Let us know!